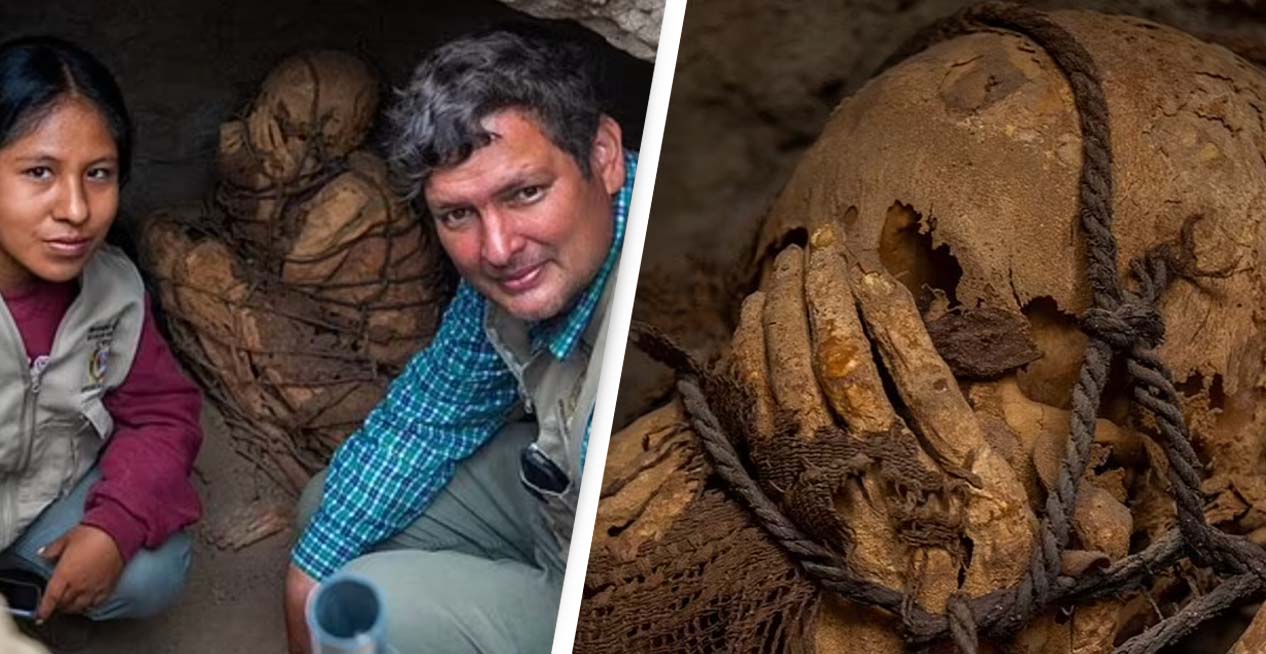 A 1,200-year-old mummy has been unearthed at an archaeological burial site in Peru in an eerie condition.

The body, discovered at the Cajamarquilla archaeological site around 16 miles from the Peruvian capital of Lima, was found tied up with rope, its face covered by its hands.

Archaeologists at the Universidad Nacional Mayor de San Marcos believe the mummy dates back some 800-1,200 years, with the deceased individual having been part of a pre-Inca civilisation that lived between the Peruvian coast and mountains. The body is thought to be that of a male, aged between 25 and 30 years old at the time of his death.

A team of experts has found mummy estimated to be at least 800 years old in Peru’s central coast.

The entire body was tied up with hands covering the face that they say could likely be part of local funeral pattern. pic.twitter.com/PYXqkqUw0A

The Cajamarquilla excavation is being led by archaeologist Pieter Van Dalen Luna from the California State University San Marcos, who believes the binding ‘would be part of the local funeral pattern’, MailOnline reports.

The main characteristic of the mummy is that the whole body was tied up by ropes and with the hands covering the face.

The tomb was found to contain ceramics, stone tools and the remains of vegetables, while several marine molluscs were also found outside the tomb.

After the body is placed in the tomb, there are constant events and activities. That is to say, their descendants keep coming back over many years and placing food and offerings there, including molluscs.

Archeologists in Peru working on a site in the outskirts of the capital Lima have unearthed a mummy believed to be between 800 and 1,200 years old – and, surprisingly, bound with ropehttps://t.co/qhkLCDrAZX pic.twitter.com/YtXCoSIQ0w

Archaeologist Yomira Huamán Santillán, who was part of the team of 40, stated that this discovery was a surprise as they had not been looking for a mummy when work began in mid-October.

The whole team was really happy because we didn’t think this was going to happen. We didn’t expect to make such an important discovery.

The team will now conduct further analysis going forward, which will include carbon dating, allowing experts to narrow down the time frame during which this individual lived, as well as further details about who they were. Woman Who Was Struck On The Head And Got Lost... Man Sues After Being Hung Upside Down ‘Like A...