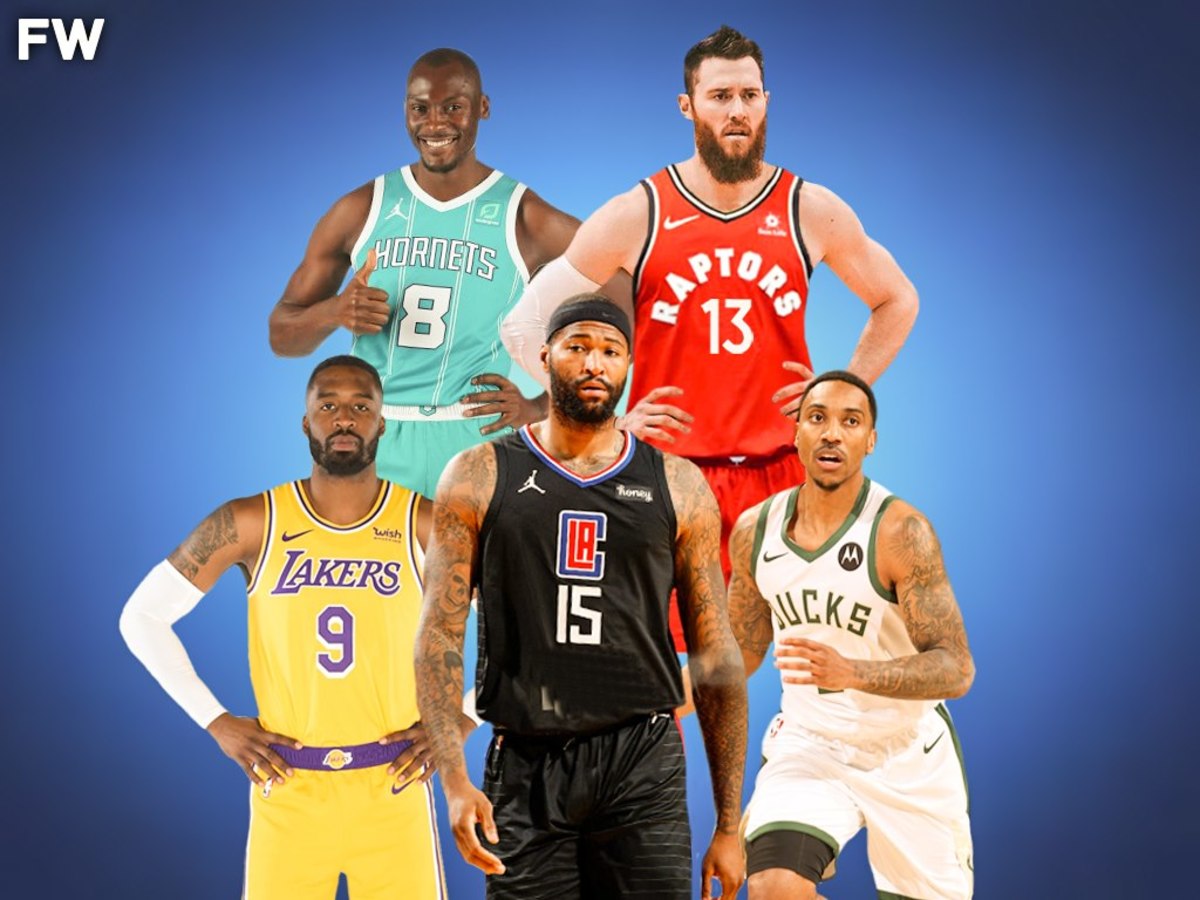 Even though the offseason has come and went, there remain plenty of players that are searching for a team. With teams finishing the final touches to their rosters, they could give a last-ditch effort in signing someone left on the market. Injuries can happen, even in the preseason, so filling out some depth at the backend of your bench never hurt anyone.

While there are over 100 players left unsigned that could look for a contract in the G-League or overseas, these 10 players are quality-free agents left on the market that remain unsigned. If a team was smart enough to sign them, they would complete their depth chart sooner than later. 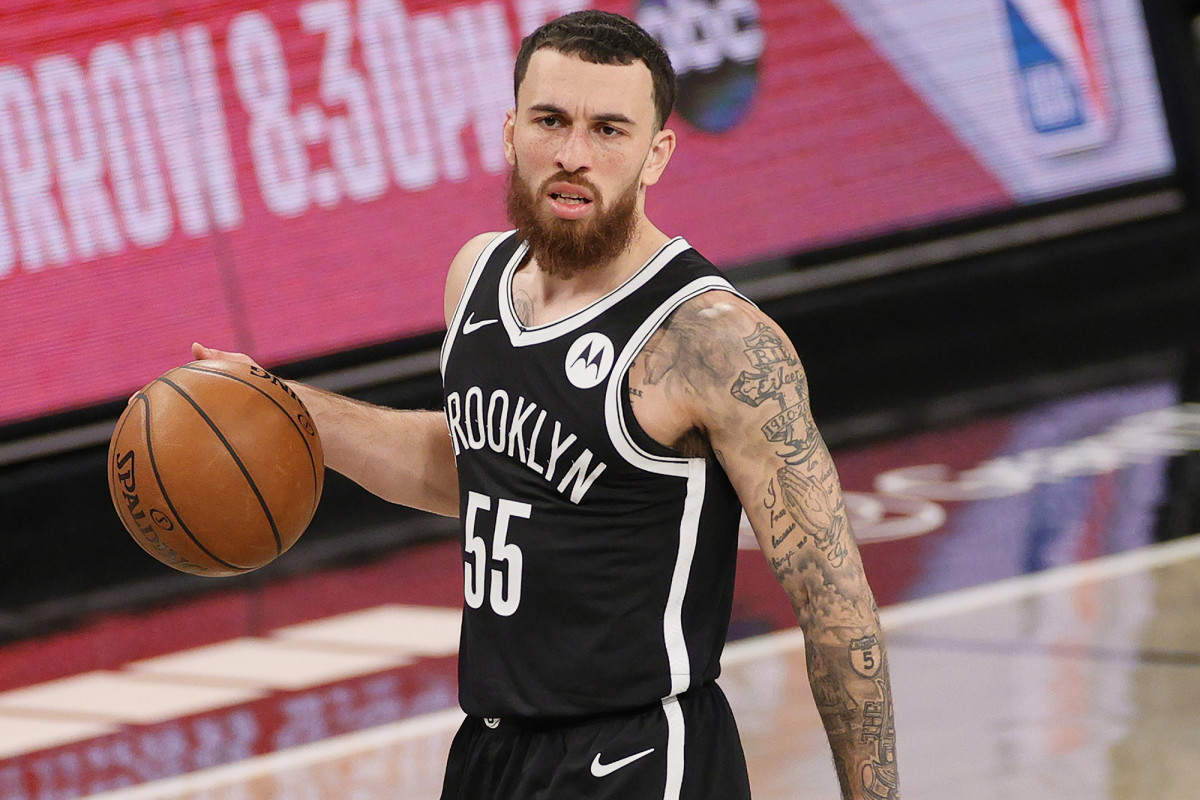 James played 13 games for the Nets down the stretch last year. He was an unsung hero in some games, providing some slick offense for a team that was hungry for it when most of their roster was hurt. In the small sample size, James shows he can produce at a high level.


The best spot for James to land would be in Brooklyn. He succeeded in that system. It gives him the best chance to win as well. It all depends if the Nets have an interest. Now that Kyrie Irving is not fully guaranteed to play this year, the Nets might have an open spot here soon. 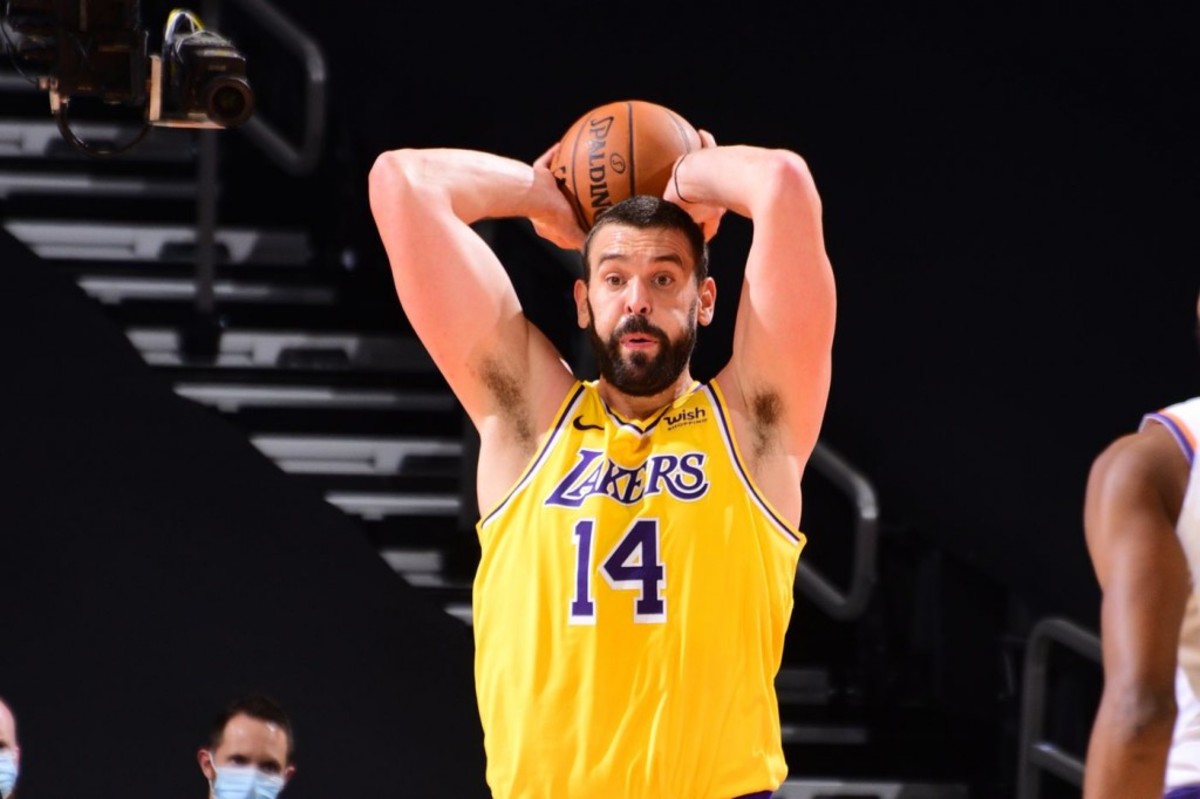 (via Silver Screen and Roll)


When Gasol came to the Lakers, some thought he would be the final veteran piece to the puzzle. Instead, Gasol never really fit in. At one point, we thought he would leave the team once Montrezl Harrell and Andre Drummond joined the team. Now, it appears that Gasol could be retired after being traded and bought out this offseason.

Gasol is 36 years old and will turn 37 in January. Like his brother, Pau Gasol, he appears to be able to play into his older years. Gasol may not be a starting-caliber center or Defensive Player of the Year, but he is a championship veteran and someone well-respected by his peers. Who’s a fairly young team that could benefit from more veteran voices that have championship experience? The Phoenix Suns. That group might have played in the NBA Finals, but they could use all the resources possible. Gasol can be the third-string center and add quality insight to the team. 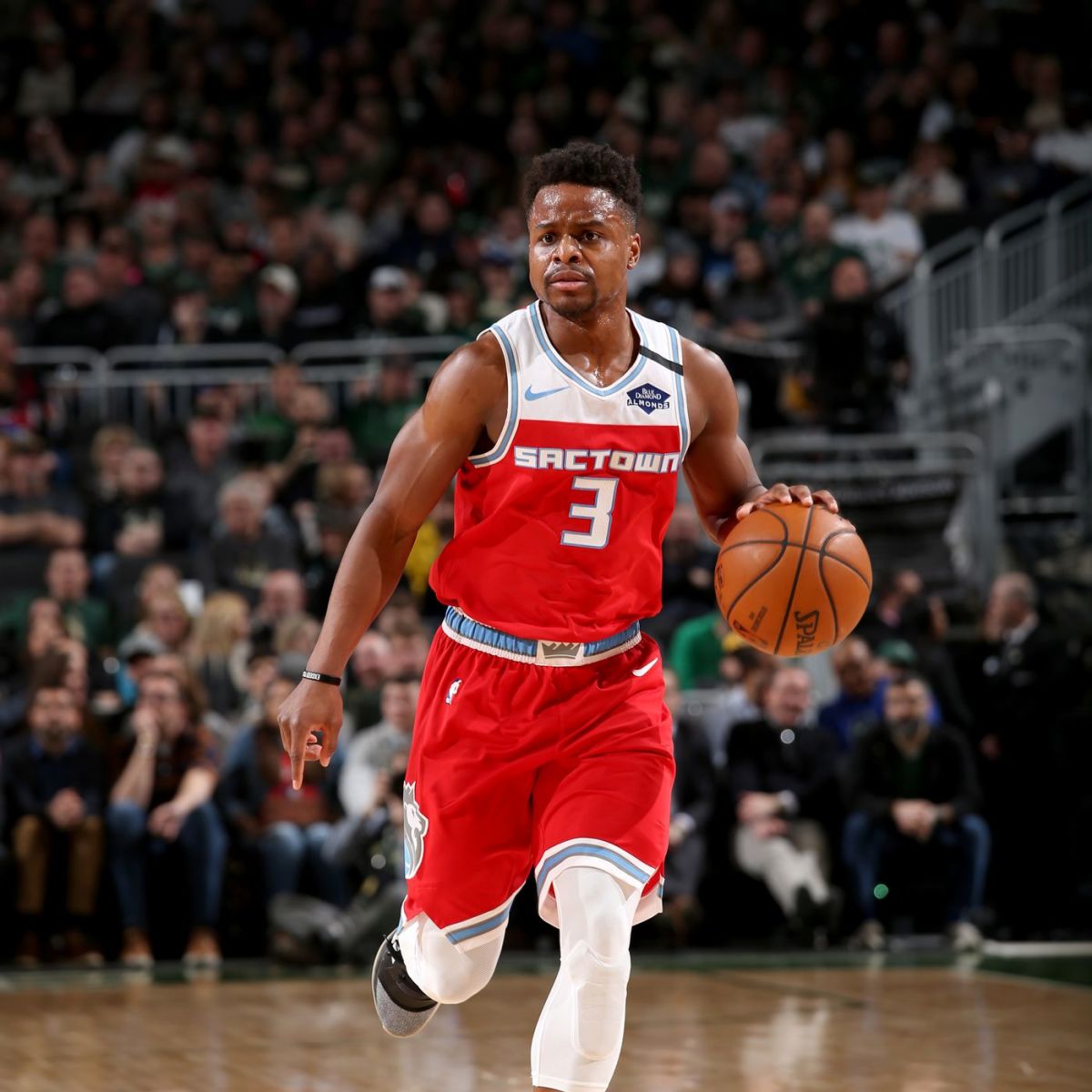 
Last year was not a great season for Ferrell. He played in just 10 games combined between the Clippers and Cavaliers. In 2019-2020, Ferrell provided the Kings with quality backup point guard minutes with 4.4 points per game. Ferrell is not the sexiest signee off the market, but he is a veteran point guard that can make an impact on a team if needed.

A team that sticks out the most is the Utah Jazz. Behind Mike Conley Jr. on the depth chart is Jordan Clarkson, who is also listed as the backup to Donovan Mitchell. With the addition of Jared Butler, the depth at point guard is fragile given his lack of experience. Ferrell may not play a lot with the Jazz in this scenario, but he would be a better backend roster spot than a rookie. 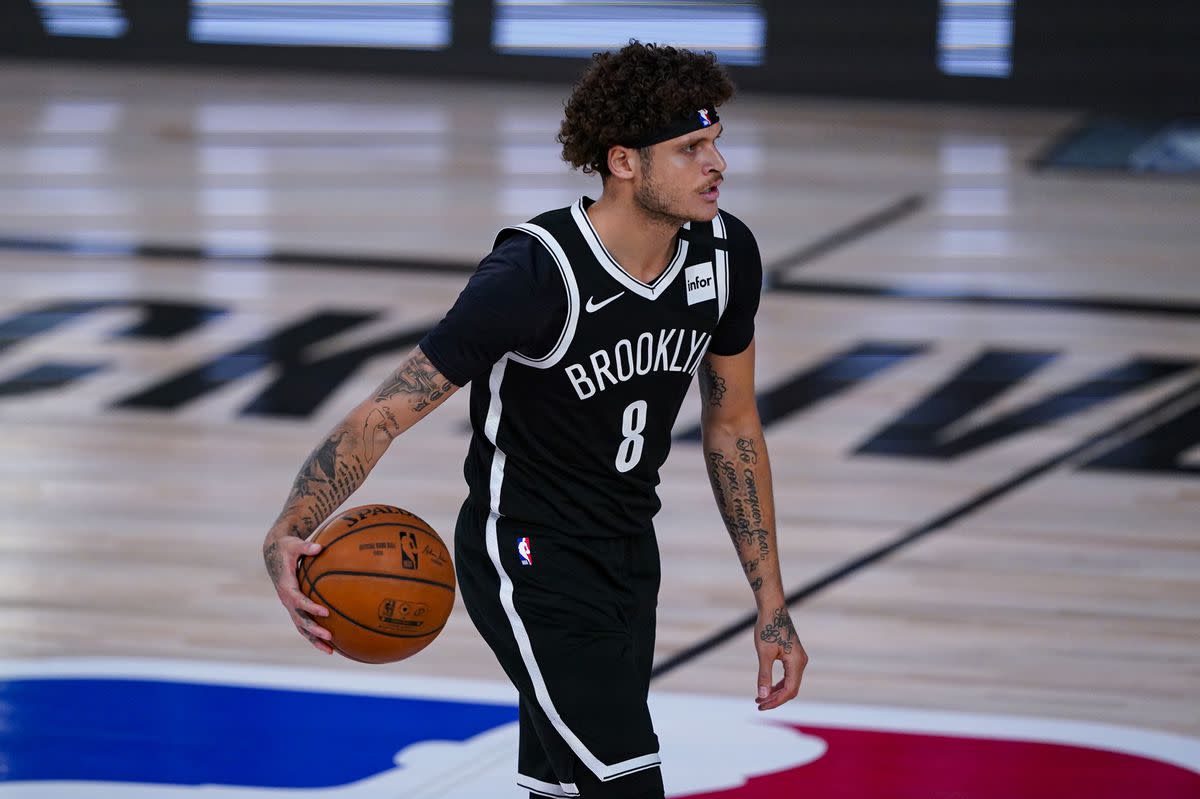 
Johnson has spent the last two seasons with the Nets. Before that, he spent parts of two years with the Suns, as well as 4.5 years with the Heat. Johnson is a relatively good scorer that can provide some offensive talent off the bench. He is a former four-time double-digit scorer in points per game. If a team is looking for a third option at small forward, then Johnson would be a cheap hire.

If Johnson is working for work right now, then the Houston Rockets should give him a call. For starters, Eric Gordon has to be likely moved within the first few months of the season. That leaves Jae’Sean Tate and Daniel House at small forward. Johnson could be the third option at the position. 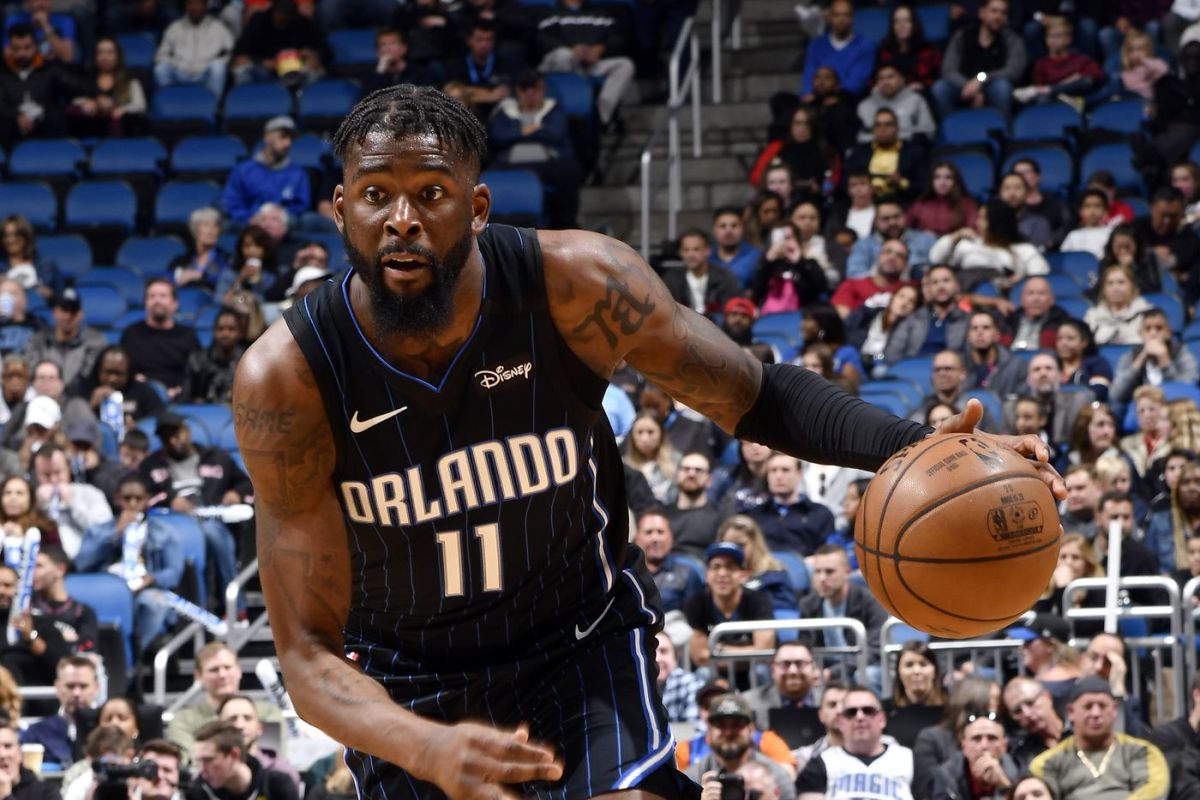 
In Orlando, Ennis produced his best season yet. He was lobbying for a roster spot with the Lakers before the team filled their roster. Last year, Ennis shot a career-high 43.3% from the three-point range. His 8.4 points per game tied a career-high for playing nearly a full season (he once averaged 15.9 points per game in 2015 in nine contests). Ennis was a quality backup in Orlando and is a seven-year veteran in the league.

If the Los Angeles Lakers are still looking, then the Lakers would be a great fit, but that ship might have sailed. The Nuggets are a team that comes to mind though. While PJ Dozier has some parts of his game that stand out, Ennis would provide competition at the position for playing time. Also, it would allow Jeff Green to focus on being the backup power forward, instead of the third option at small forward. 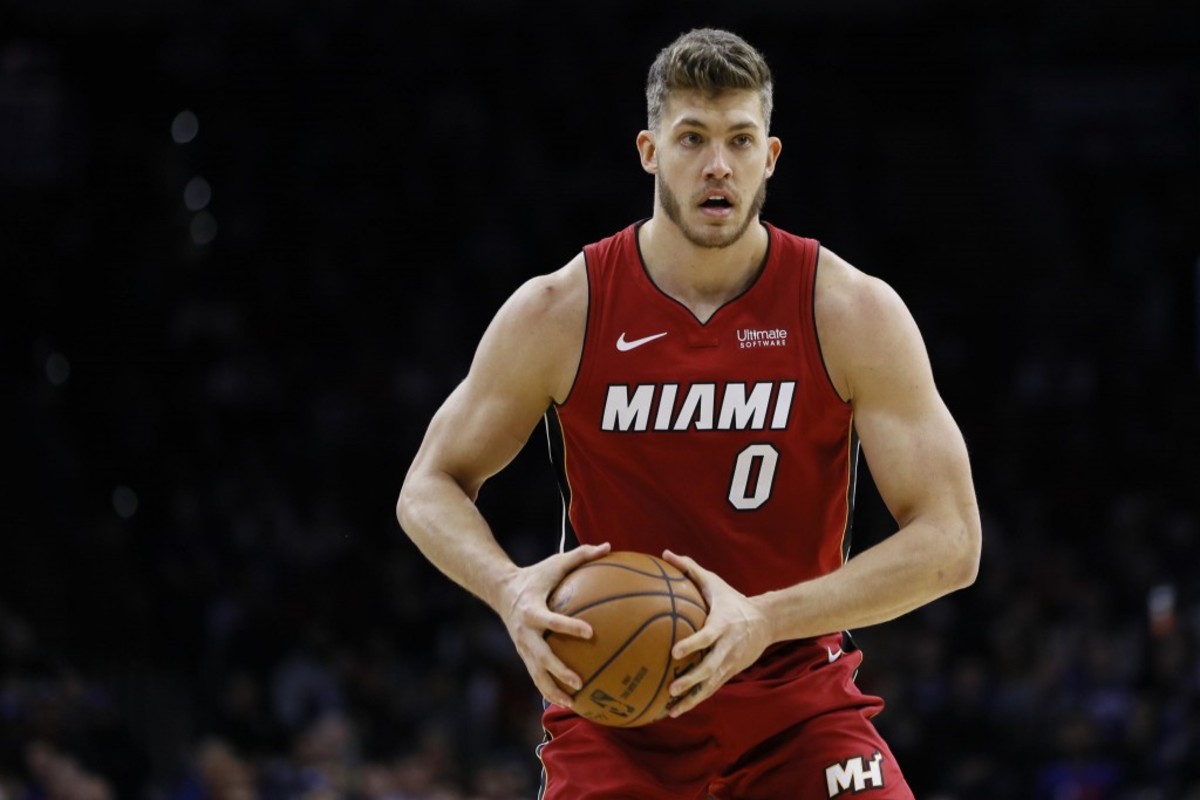 
Remember, Leonard did play last year. However, he missed most of last season with an injury and then the rest of the season when he was caught using crude language on a video game broadcast. With that said, Leonard is on record saying he hopes to make a comeback to the league. Leonard was once a starter for the Miami Heat, who made the 2020 NBA Finals. He is just 29 years old. You may not have to like what he said, but if a team can accept his apology and acknowledge that he has made the steps to move on, then maybe he will get another chance to play.

The best team would be the team that cut him in the Heat. Behind Adebayo, Dewayne Dedmond is the team’s full-time backup. After that, it lists Markieff Morris and PJ Tucker. Both of these players are not true centers and should stay away from playing the five. Leonard would play less than 10 minutes per game, but he would be in a situation that was comfortable for him to get his foot back in the door. 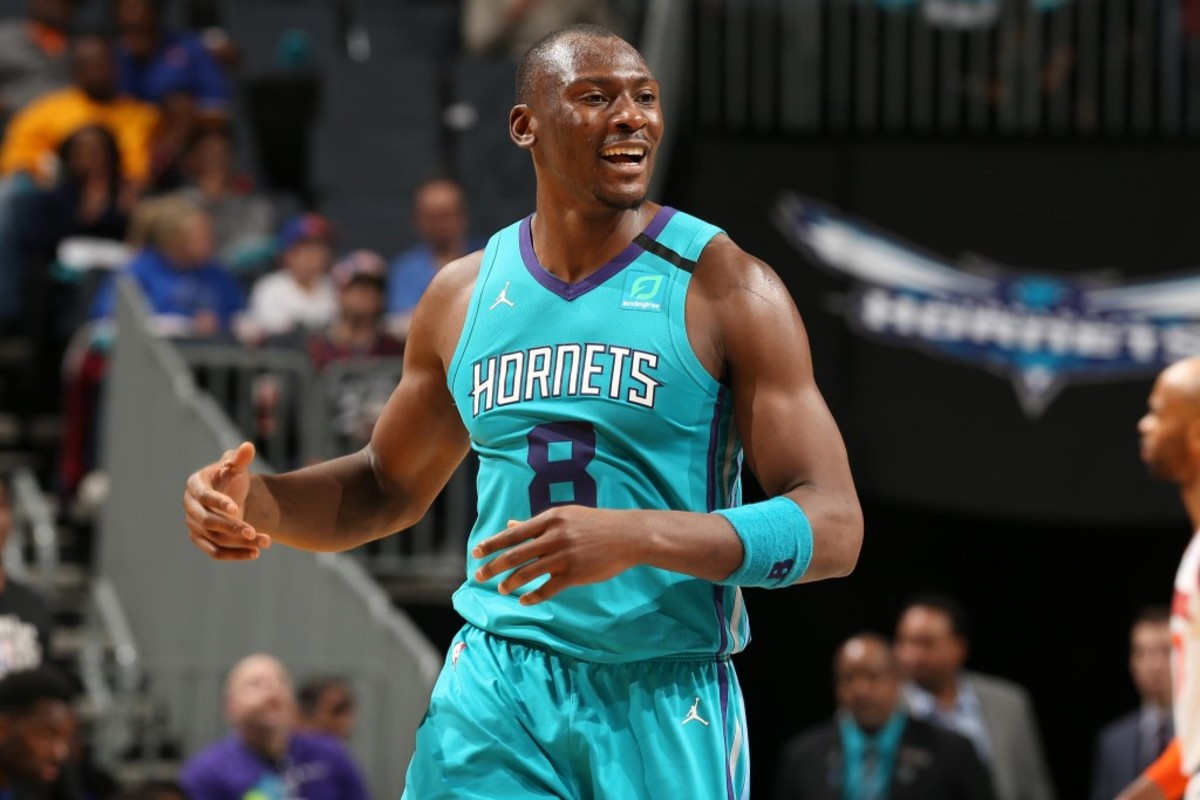 
It’s hard to believe that Biyombo has not signed with a team yet. He played in 66 games for the Hornets last year, averaged 20.4 minutes, 5.0 points, 5.3 rebounds, and 1.1 blocks. This isn’t like a scrub off the street. This is a quality backup center that also shot 58.7% from the field. He is a great hustle play guy that would provide energy off the bench, similar to that of Bobby Portis in Milwaukee.

Not to bring up the Heat again, but imagine having Adebayo and Biyombo as your first and second centers. The combination of hustle with the first and second-team would never end. Why haven’t the Heat signed Biyombo yet because this would be a great one-two punch? 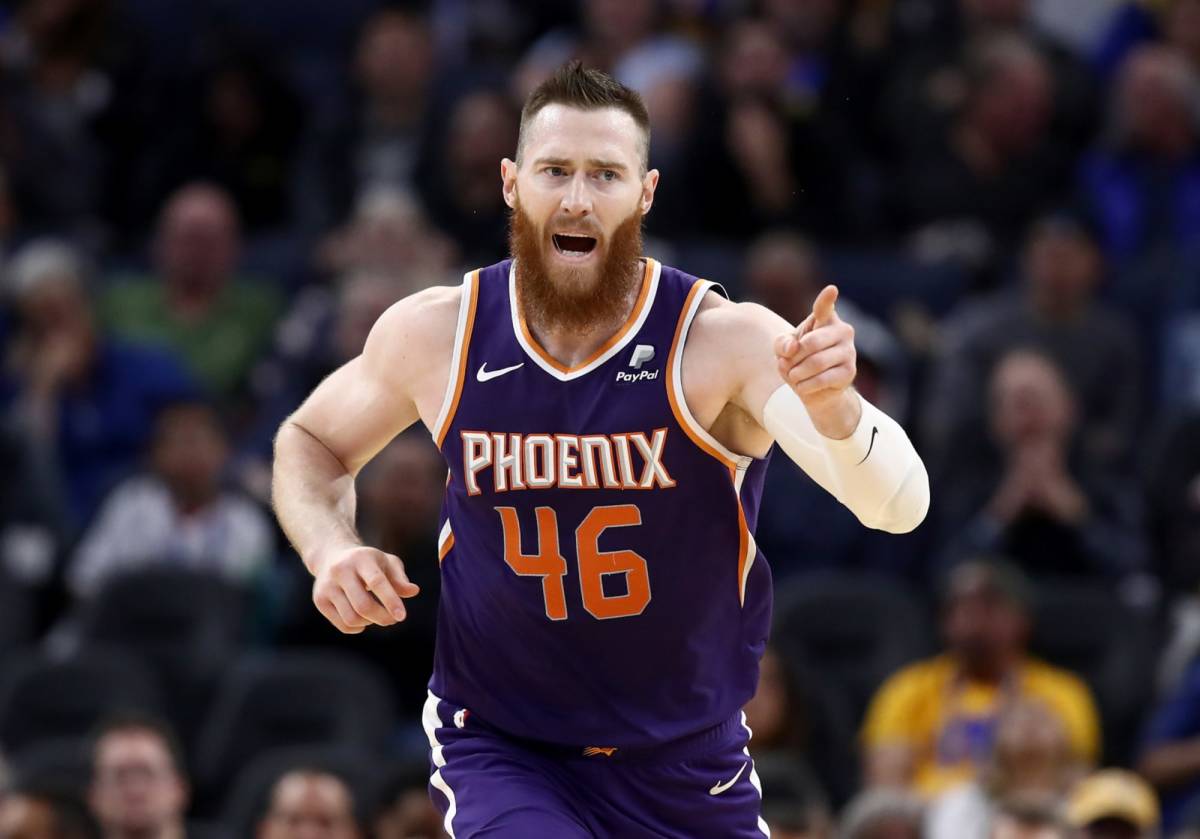 
This is another interesting player left on the market. Baynes went from a career year in Phoenix to an acceptable year in Toronto to free agent with one week before the season starts. Bayens averaged 6.1 points and 5.2 rebounds in 18.5 minutes per game. He is a quality backup center that provides electric defense against other big opponents. At 34 years old, Baynes can still play. The question is who will it be for this year?


Remember when the Warriors had Andrew Bogut on the team? While Bogut was a better player, Baynes has parts of his game that match what Bogut did. Bogut was a solid rim protector for those teams and that is all Baynes would need to do. With the possibility of a James Wiseman trade on the horizon, having depth at the center would be good for Golden State. 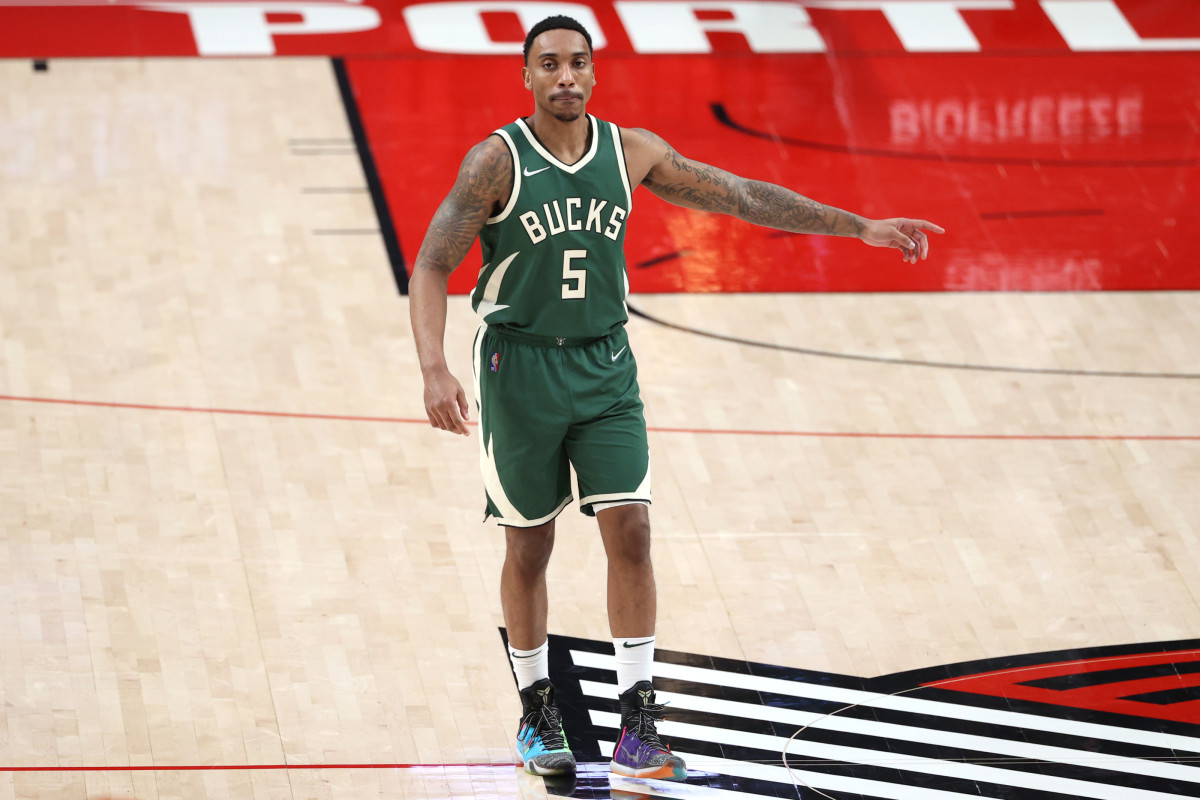 Via Behind The Buck Pass


Teague began the year with the Celtics but was acquired by the Bucks in the middle of the season. Teague was a quality backup guard that gave scoring and playmaking when necessary. Teague is 33 years old and a championship player in this league after serving as a primary backup for the Bucks last year. Teague would be a great veteran to have for a younger team. Now that he has a ring, he might be looking at a warm location to play these days.

Teague should find a way to get a contract with the Clippers because that would benefit both parties. Behind Reggie Jackson on the depth chart are Eric Bledsoe, Justise Winslow, and Terance Mann. For starters, Bledsoe is tabbed as the team’s starting shooting guard. Next, Winslow is no true point guard in this league, and the same goes for Mann. Teague can provide quality backup point guard minutes on a cheap veteran’s minimum contract. 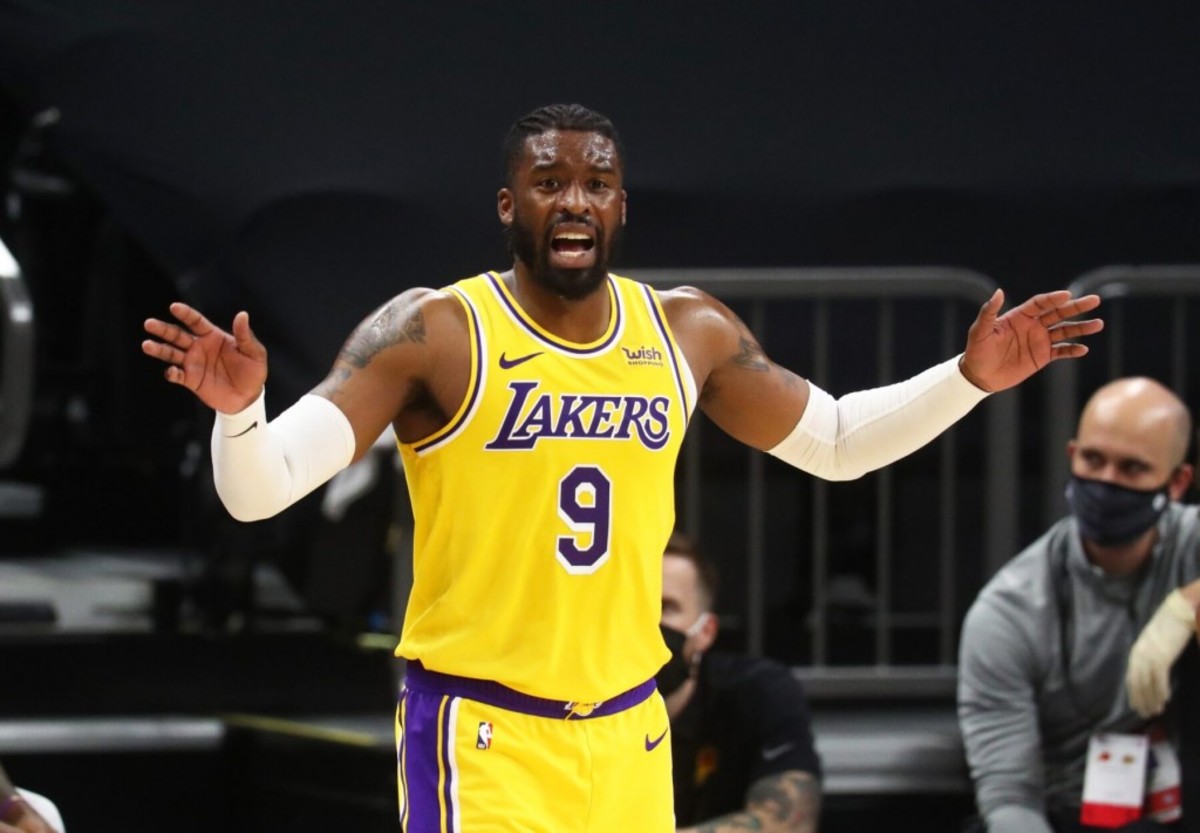 
While the stats aren’t glamorous, Matthews is a season-veteran in this league that can shoot from outside. His 33.5% three-point field goal percentage was his lowest output in his career last year, but he has been in the league since 2009. When you think of veterans at the end of your depth chart, Matthews checks every box. Last year was also the first year in his career that he played less than 20 minutes per game.

The best fit for Matthews is the Washington Wizards given the complexity of their depth chart situation. Kentavious Caldwell-Pope, listed as the backup shooting guard, is projected to be the starting small forward. Kyle Kuzma, listed as the backup small forward, is projected to be the starting power forward. It appears that the Wizards could use one more sharpshooter from deep that would allow these players to stick to their natural positions. 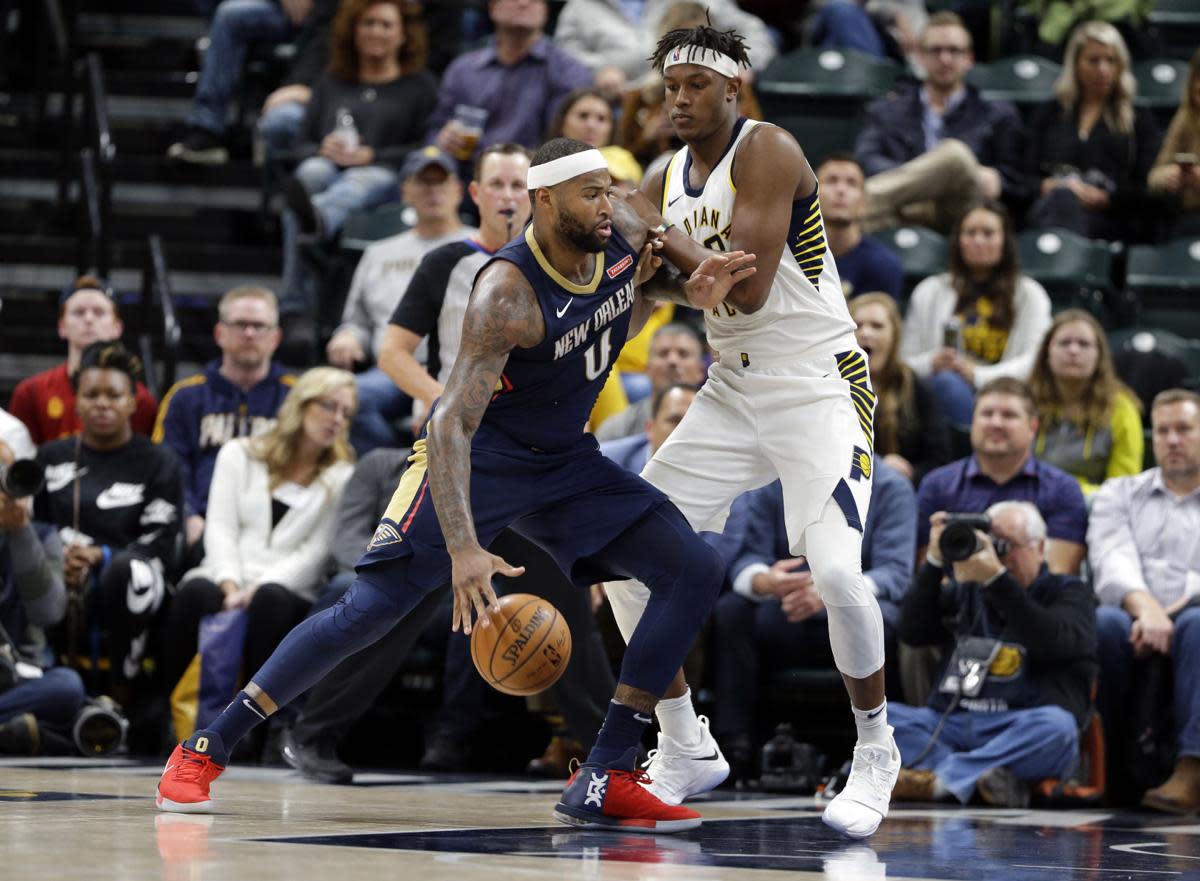 
It’s been a sad road since 2017 for Cousins. Since the injury road began, Cousins has bounced around in the league. Last year, he spent time with the Rockets and Clippers, including playing significant minutes in the postseason. In 16 regular-season games in L.ACousins averaged 7.8 points and 5.4 rebounds. It’s been a long time since his All-Star days in Sacramento, but one saving grace is that we have seen comeback stories happen all the time. Heck, look at Derrick Rose. If Cousins is healthy, he can produce at a high level. Granted, he has only played a combined 71 games since 2018.

A potential fit for Cousins would be the Hawks. The team needs a third center behind Clint Capela and Gorgui Deng. Cousins is not as powerful as he once was, but he has value. If either player got hurt, he could give quality backup center minutes.

Kyrie Irving On Instagram Live: "I've Been A Hooper Since I Was 4 Years Old. I Have To Speak On Things That Truly Matter To Me, Don't Believe That I'm Retiring."

Shams Charania Reveals Brooklyn Nets Will Not Offer Kyrie Irving $186M Extension, And That He Can Lose $16M This Season 69 People Share Their IRL Romance Stories, And They’re Just As Good As The Best Romance Novels And Movies 2 Dubai tortures and imprisons man for 25 years for having... 7 “I Miss You”: Woman Shares Creepy Texts From Maintenance...

8 Megan Thee Stallion Puts Her Love Of Spice To The Test In...