10 Things to Know Before Moving to Orlando Thinking of joining Mickey, Minnie, and the 2.56 million other residents in the largest inland city in Florida? You’re not alone. Orlando is one of the fastest-growing metro areas in the state. No longer just a place for snowbirds, cartoon mice, and every chain restaurant you can name, O-Town is experiencing a come-up. If you’re moving to Orlando, here’s everything you should know before booking the movers.

1. Theme parks aren’t the only attractions 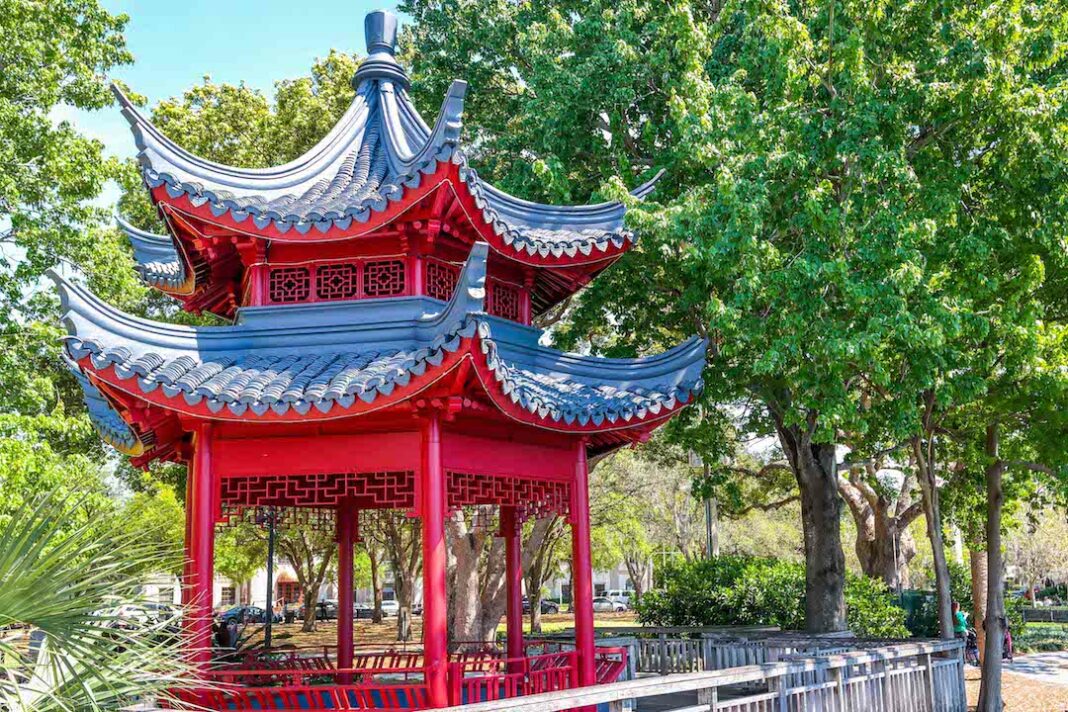 Contrary to what some may believe, Epcot is not downtown Orlando. The “Theme Park Capital of the World” is home to Mickey and Minnie, but it also has well-planned neighborhoods with eclectic houses and leafy side streets filled with local businesses, including local markets, innovative restaurants, and funky bars. Check out the Thornton Park, College Park, and Winter Garden neighborhoods.

In the Sunshine State, winter looks a lot like summer, and fall, and spring. Temps rarely dip below 60 degrees, so while northerners are shoveling snow and scraping their windshields, you can kick back at the pool with a cold drink in hand. Expect a short, thunderous downpour every afternoon during summer’s rainy season. Central Florida is America’s lightning capital, second only in the world to Lake Maracaibo in Venezuela. At least you don’t have to worry about hurricanes as much as the coastal cities do. However, Orlando is just as susceptible to sinkholes as Florida’s other wetlands locales.

3. You’ll rely on your vehicle to get around

A car is a must in Orlando, but the road system can take some getting used to. East is north, and west is south. Interstate 4, known as I-4, cuts straight across Florida, from Daytona to Tampa, but the Orlando section is vertical, so when you’re actually heading north, the road is labeled “east.” Then again, you’ll want to avoid I-4 at all costs, unless you want to sit in traffic with all the tourists. “Rush hour” is when the theme parks open and close.

While you’ll need a car to navigate the city’s outskirts, there are a few public transportation options in the heart of Orlando. They include the LYNX LYMMO bus system that offers free rides to downtown Orlando. There’s also SunRail, a diesel-electric commuter train with free Wi-Fi, and bike and car share options for easy downtown transport.

4. Expand your taste buds in Orlando

Orlando has just about every chain restaurant you can think of, which is good if you’re into unlimited soup, salad, and breadsticks. However, it’d be a shame to stick to the tried-and-true when there’s so much amazing seafood at independent eateries. You’ve also got to try the gator tails, which are an Orlando staple.

The city is stepping up its game with chef-driven restaurants like Prato, SOCO, and Seito Sushi. The East End Market is a really cool culinary hub in a converted church, where bakers, butchers, brewers, and coffee roasters sell their goods next to local farmers offering fresh produce. You’ll find Orlando’s most diverse collection of restaurants in The Mills 50 District. As the home of Orlando’s largest Vietnamese population, it’s the ideal place for authentic Asian cuisine.

Whether you love to play or watch sports, you’ll feel at home in Orlando. With the most places to tee off in the United States, the city is a golfer’s haven. Practice your swing at Southern Dunes Golf & Country Club or the Winter Park Golf Course.

College teams tend to have bigger followings than professional ones. Orlando doesn’t have a pro American football team, but it is home to the Orlando City Soccer Club. Basketball fans can catch an Orlando Magic game at Amway Center downtown. During spring training, the Atlanta Braves play ball at Disney’s Wide World of Sports Complex.

6. You can get your culture fix

Who says Florida doesn’t have any culture? Loch Haven Park is full of cultural attractions like the Orlando Museum of Art (known as one of the best museums in the South), the Orlando Shakespeare Theater, the Orlando Repertory Theatre, the Orlando Science Center, and Mennello Museum of American Art. With three theaters and an outdoor plaza and entertainment venue, The Dr. Phillips Center for the Performing Arts made its debut downtown in November 2014. The Orlando Philharmonic Orchestra and Orlando Ballet also call Orlando home. How’s that for culture?

The wonderful weather makes Orlando a great place for outdoor adventure. And even though the city’s landlocked, there are around 100 named lakes, which means plenty of fun on the water! No boat? No problem. Rent canoes at Wekiwa Springs State Park, take pontoon tours of the Winter Park Chain of Lakes or the Harris Chain of Lakes, and take a boat ride at night down the Indian River and Mosquito Lagoon. The algae in the lagoon makes the water glow. There are also airboat rides, natural springs, and manatee spots to explore.

If you prefer fun on land, enjoy a bike ride along the 22-mile West Orange Trail. You could also hike parts of the Florida Trail and ride horses through the woods.

8. Alligators, manatees, and large bugs will become your neighbors

Good news: cute manatees. Bad news: giant mosquitoes. Regular Florida news: alligator wrestling. It’s beginning to look a lot like Christmas when around 400 manatees migrate through the Crystal River. You can even get in the river with them. That almost makes up for needing some serious bug spray to keep the gallinippers — the mosquito’s bigger, scarier cousin — away. For the Florida man news: You can wrestle an alligator at Gatorland. If the thought gives you chills, just watch someone else do it.

If you care about the environment, you’ll fit right in living in Orlando. The city has green-retrofitted hundreds of houses, planted thousands of trees, and added hybrid garbage trucks to its fleet. Audubon Park is Orlando’s first Ecodistrict with a focus on sustainability, and the Amway Center is the country’s first LEED (Leadership in Energy and Environmental Design)-certified NBA arena. The arena uses 20% less energy and 40% less water than those of similar size.

You needn’t be a tourist to appreciate Orlando’s theme parks. The Magic Kingdom, Disney World’s first-ever theme park, still remains one of its best, but there are three other Disney parks in town: Disney’s Hollywood Studios, Disney’s Animal Kingdom, and Epcot. Then there’s Universal Studios (including the Wizarding World of Harry Potter), Universal’s Islands of Adventure, SeaWorld (and adjacent Discovery Cove), Legoland, and more. When the parks aren’t flooded with tourists during summer and spring break, locals can score discounted tickets. Get a fast pass to skip the lines.

Is Orlando a good place to live?

Orlando is a great place to live, with plenty of sunshine, big-city amenities, and a relatively low cost of living. It’s as safe as most metro areas. The north neighborhoods, including Maitland and Winter Park, are some of Orlando’s safest areas. You’ll also find plenty of job opportunities, especially in the thriving health care, tourism, aviation, and aerospace sectors. In 2022, WalletHub named Orlando the sixth-best city to find a job and the best city to start a business.

Is Orlando a dog-friendly city?

Orlando is a really dog-friendly city, so pet lovers can feel confident making it their new home. Your pooch will love exploring local parks and nature trails with you. They can even go off-leash at Lake Baldwin Park and Paw Park in Sanford. Many restaurants and cafes with outdoor seating bring out water bowls and treats for patrons with pets, especially in dog-friendly Winter Park. Property owners make their own rules about pets. Those who allow pets may not permit certain breeds or large dogs. Read your lease agreement carefully to make sure you’re complying with the apartment’s guidelines.

With its wonderful weather, alluring theme parks, and central location, who wouldn’t want to move to Orlando? Hopefully, these tips have been helpful. Be sure to read our guide to Orlando’s best neighborhoods to find out which one is right for you.

things before moving orlando
Read The Rest at
zumper.com 10 Reasons to Move to Chicago from a Local