It’s no big secret that toxic workplaces nowadays are ever-growing. We all experience bad days, weeks even – however, when the stress persists for a prolonged period, chances are that the problem lies within the core of your office, and that’s the higher-ups.

Bullying, yelling, and manipulation remain the best-known tactics used by toxic superiors, and while it’s immensely unpleasant to deal with, there are ways to overcome it. Perhaps creating a network of dependable coworkers can help combat such situations as you advance in the organization, or if your workplace has a reputation for being a gossip-filled high school hallway, keeping to yourself and concentrating on vital tasks until you can find a new position could also do the trick.

All of that, though, is only the tip of the iceberg, and the real trouble comes when one begins to feel unsafe at the place that most would consider their second home. The Radio 5 live survey, which was conducted back in 2017 and included 2,031 British adults, revealed that “37% of all those asked – 53% of women and 20% of men – said they had experienced sexual harassment, ranging from inappropriate comments to actual sexual assaults, at work or a place of study.”

Sexual harassment in the workplace is hardly a new phenomenon, and to this day, people still endure its damaging effects. Victims are ashamed, believe they’re to blame, or, in some cases, fail to recognize that they’ve been assaulted at all. And oh boy, does this netizen have a story to tell.

Rising above a dysfunctional workplace is never easy, especially when HR fails to recognize the severity of your issue 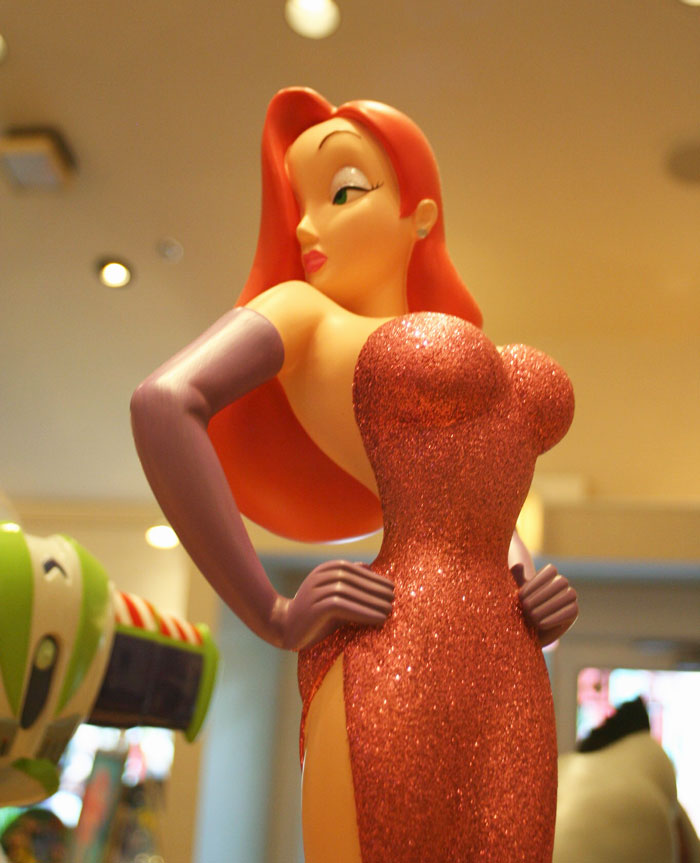 “AITA for reporting my boss over a nickname?” – This woman took to one of Reddit’s well-known communities, pondering whether she’s a jerk for reporting her superior to HR after learning that he gave her a provocative moniker inspired by an animation character renowned for her good looks. The post has managed to receive 14.6K upvotes and 1.6K comments discussing the boss’s inappropriate and downright creepy behavior. 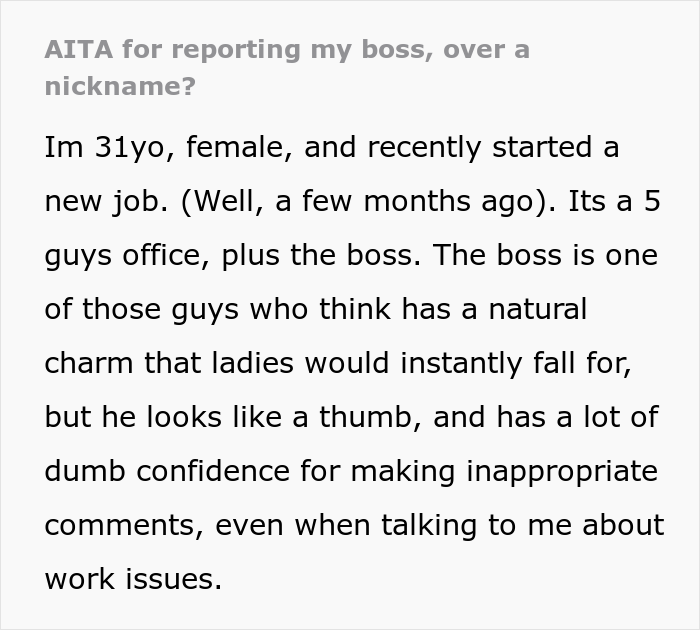 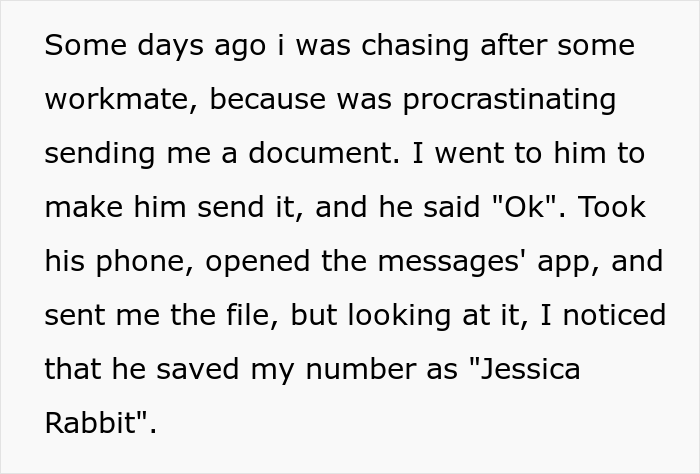 The woman began her post by unveiling that she’s 31 years old and just started a new job. She works mostly with men, and according to her, the boss is one of those guys who believes that he has that charming personality that all women instantly fall for – whereas, in reality, he has a lot of “dumb” confidence and frequently says inappropriate things, even when the conversation is intended to be about work.

Recently, the OP was chasing after a workmate because he failed to send in a document. When she confronted him, he took his phone to deal with the outstanding task, and that is when the woman noticed that he’d saved her number as “Jessica Rabbit.” 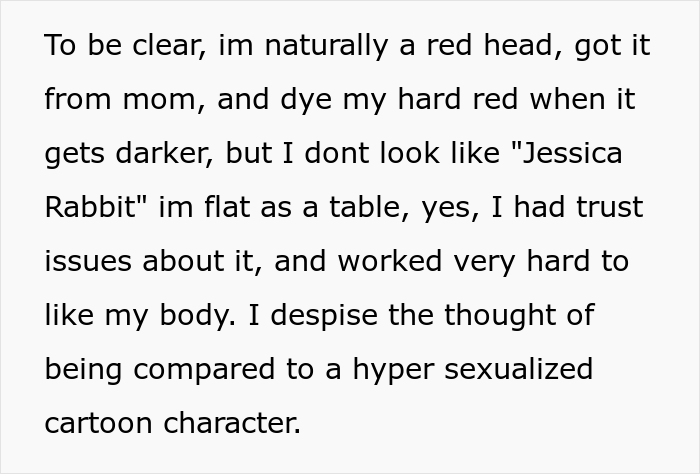 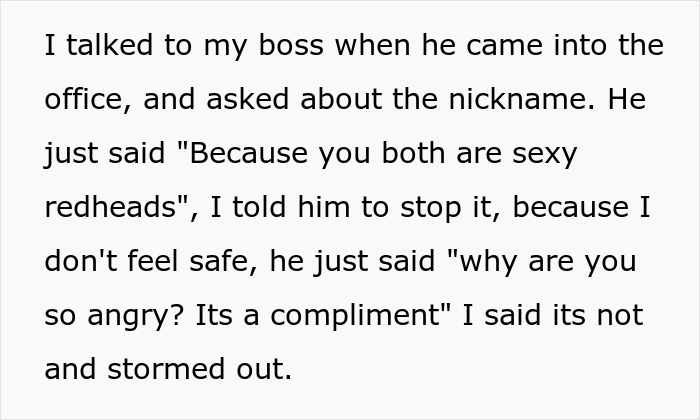 Needless to say, she decided to address the issue immediately. The guy was shocked and only uttered “I’m sorry,” yet the woman didn’t let it slide and interrogated him until he confessed that the boss always calls her “Jessica Rabbit.” Now, the OP is indeed a redhead, but it’s fairly obvious that nobody would want to be compared to a hyper-sexualized cartoon character, let alone at one’s workplace.

As soon as her higher-up entered the office, the woman confronted him; but, surprise, surprise, his answer was just as troubling as the nickname itself. When the OP requested he drop it since it made her feel uncomfortable, the guy claimed that it was intended to be taken as a compliment. Of course, she took none of it and stormed out. 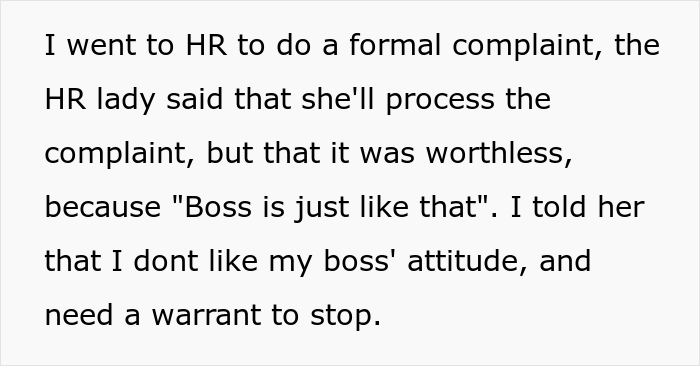 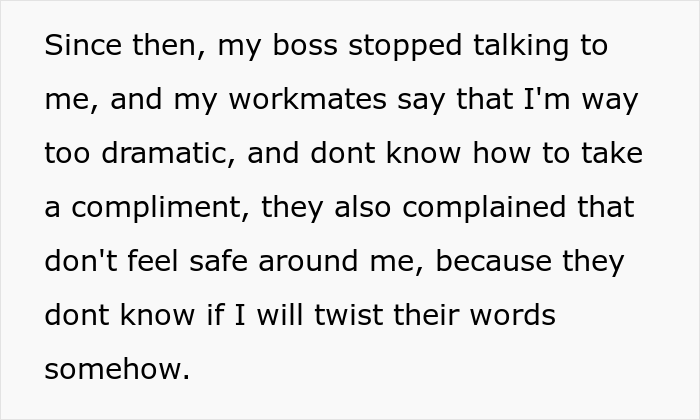 The woman went to HR to make a formal complaint. The representative agreed to process it, but she also said that it was useless as the “boss is just like that.” The OP then argued that she doesn’t condone such behavior and needs a warrant to stop.

Since that time, her boss has stopped speaking with her, and her colleagues think that she’s “way too dramatic” and are hesitant to speak out for fear of her misrepresenting what they say. 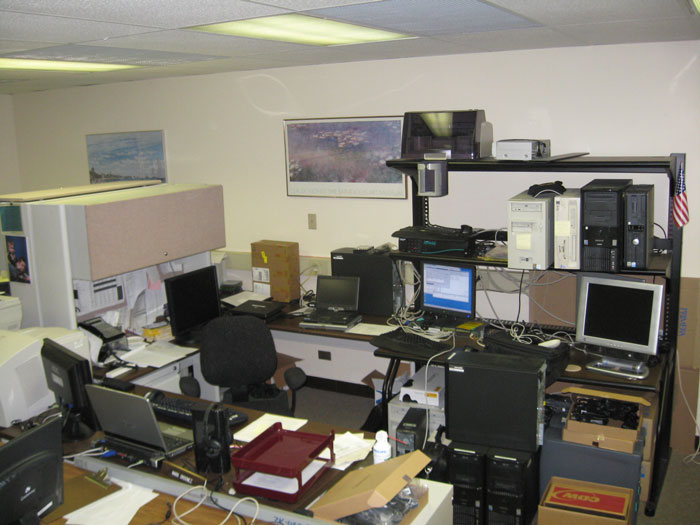 The author chose to provide additional commentary because the post has drawn a lot of attention. She sent HR an email, requesting details regarding their lack of action in writing, but received no reply. The woman eventually hired a lawyer, who promptly issued a stern legal email, and she is still waiting for a response. However, on a good note, the colleague who saved her information as “Jessica Rabbit” apologized and offered to support her if HR requested testimony (or if a lawsuit were to be filed).

What do you think about this situation?

Fellow community members shared their thoughts on this matter 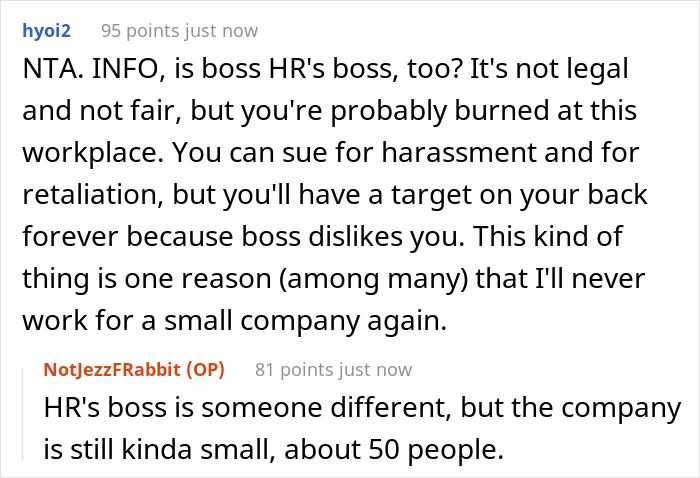 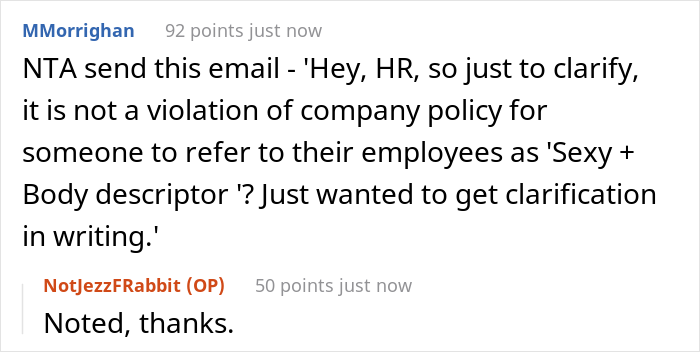 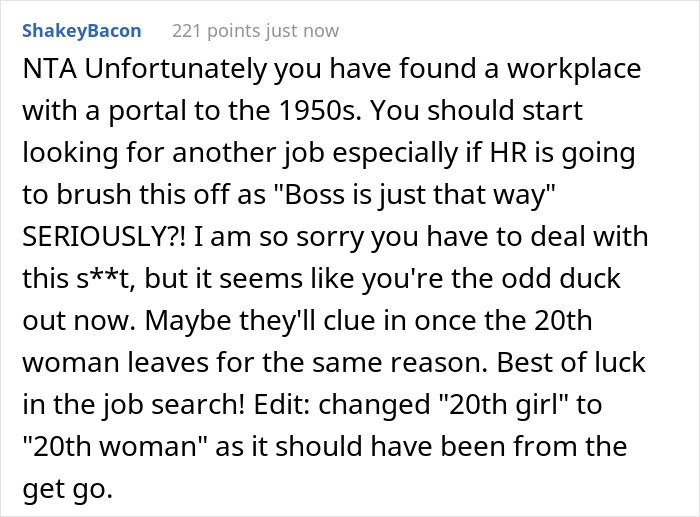 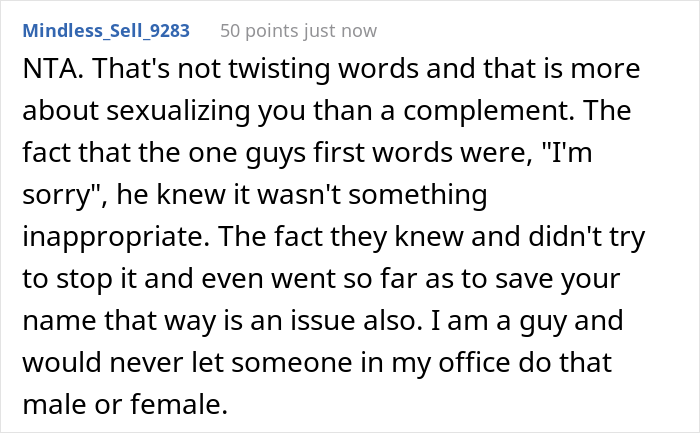 The post 31-Year-Old Redhead Reports Her Boss To HR As He Calls Her “Jessica Rabbit” first appeared on Bored Panda. “What’s The Scariest Thing You Believed When... Folks In This Online Group Point Out 40 Obvious...