Sometimes people understand the word ‘culture’ in a very narrow sense. They may think that culture only includes art and very old traditions, but actually it also has a wider definition. It also encompasses the behavioral norms, the way we dress, the way we speak in different contexts and other aspects of our lives.

We can say that the way we celebrate occasions also is a part of our culture. Festivities always attract the attention of people and it unites them even if they are from different cultures. However, we do not always understand why people in other places have certain traditions. For example, non-Americans have a lot of questions about Halloween because it is not that popular in places other than the USA and other people may view their dedication to the occasion as weird. 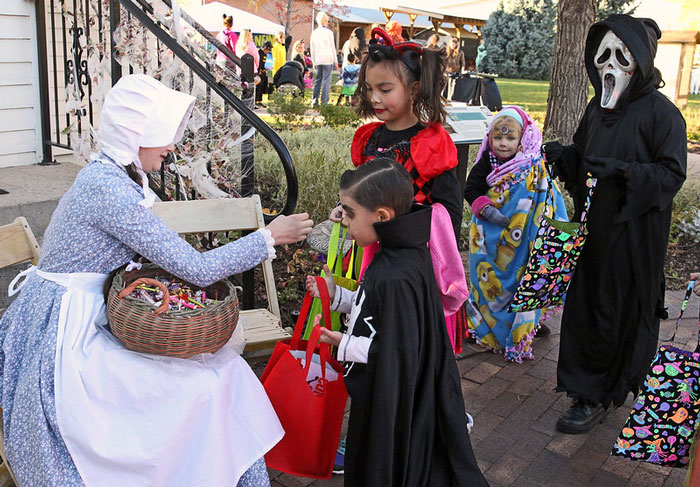 Halloween is celebrated on the night of October 31 and it is believed that it has pagan roots. The customs may be influenced by folk folk customs and beliefs from the Celtic-speaking countries. The theory that is the most popular says that the celebration comes from ancient Celtic harvest festivals, particularly the Gaelic festival Samhain.

Like many other celebrations, it is believed that the Samhain festival was Christianized by the early Church but others claim that it may have been Christian from the start. It is difficult to say as it evolved through many centuries and nobody held records of these kinds of things.

The Samhain festival marked the end of the harvest season and it meant the beginning of winter, when more than half of the day was dark so it was also a mysterious time. It was believed that on the day of the transition the boundaries between this and the other world would be less defined.

People believed that at this time spirits could enter their world and among gods, fairies and demons, their lost relatives could come to their home too. That is where all the treats come from as people would make a big dinner out of the harvest to make the spirits feel welcomed.

The Christian influence can be seen in the tradition that many Church festivities would start the day before, on the vigil as Halloween is the evening before the Christian holy days of All Hallows' Day on 1 November. That is where the name of Halloween actually comes from.

If the pagans believed that the October 31 night is when spirits come to Earth in Christian tradition it is explained that on that day people should spend time honoring the saints and praying for the recently departed souls who have yet to reach Heaven.

Halloween didn’t become widely celebrated in North America until the 19th century when Irish and Scottish mass immigrated to the continent. Over time it evolved to this huge holiday that we see now and its influence can be felt all over the world.

Even though it was commercialized in modern times Halloween is not a superficial festivity without no meaning and created just for fun. It has some meaning to it and it has analogues in other countries too when the dead are honored and in some countries people will just light a candle, go to church or cemetery and in others they will celebrate this occasion with more bang and pizzazz.

There is actually more to Halloween than just a couple of paragraphs can contain so if you want to know more about its roots, researching it can actually reveal very interesting knowledge that you wouldn’t think to find.

But there are things that only Americans can answer about how they celebrate it, why they feel it became such a big holiday and do they really need all those decorations. If there are any Americans reading this list with all the questions, the rest of the world would really want to know the answers so please write them in the comments! Also, don’t forget to upvote the questions that you would like to be answered the most! Father Embarrassed After His Kid “Announces” To...