There’s a war going on outside no man is safe from… Especially if he’s a rapper. 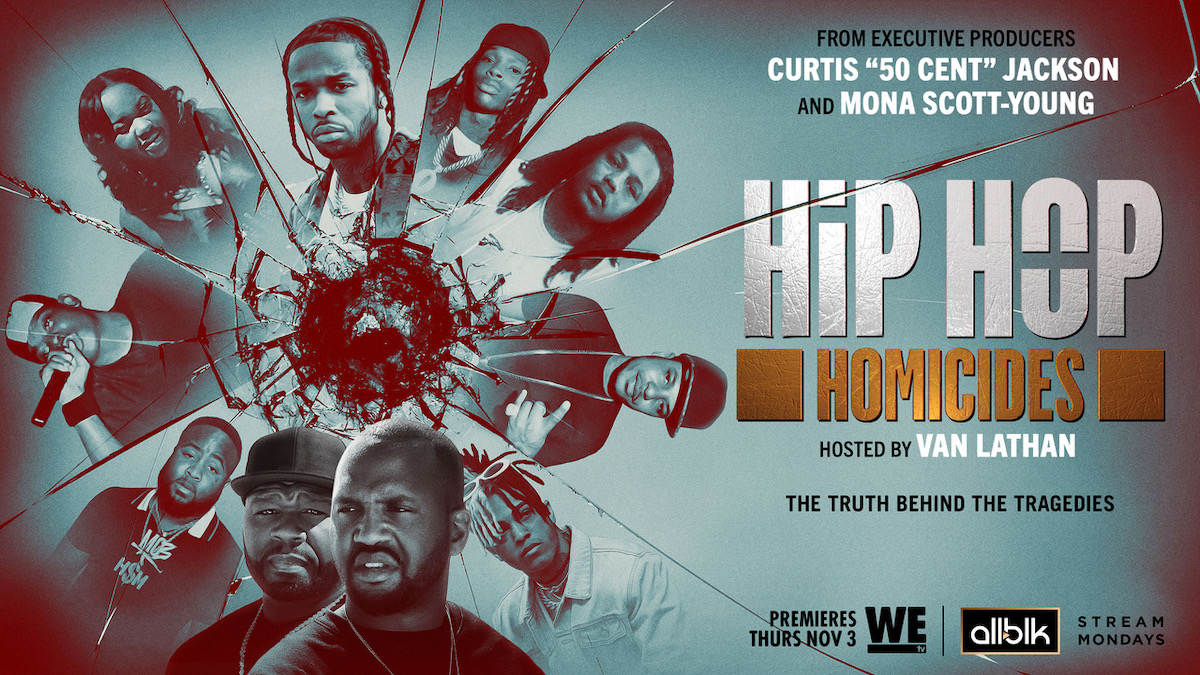 Probably the most successful TV producers we know to come out of hip-hop Curtis “50 Cent” Jackson & Mona Scott-Young are joining forces as the Executive Producers of “Hip Hop Homicides,” coming to WE tv Thursday, November 3 at 9 PM ET/PT. New episodes will become available on ALLBLK, every Monday, following their premiere on WE tv.

According to a release about the show, “Hip Hop Homicides” will set itself apart from your average true-crime procedural by providing an added layer to consider – a big-picture look at the epidemic of violence in hip hop.

Hosted by TV personality and producer, Van Lathan, “Hip Hop Homicides” examines the staggering number of murders in the Hip Hop community. The series offers a closer look at the shocking murders of some of our most beloved artists, from Pop Smoke to XXXTentacion, with the hope of providing loved ones and fans with the closure they seek. Dissecting the facts, exploring leads, and featuring exclusive one-on-one interviews with those closest to the fallen. Artists including French Montana, Juvenile, Mannie Fresh, Vic Mensa, and many more share their valuable insights throughout the season.

The premiere episode looks at the murder of Pop Smoke, and features an exclusive interview with his mentor, Curtis “50 Cent” Jackson. Gunned down in the Hollywood Hills in what was first labeled a “robbery gone wrong,” the scene of Pop Smoke’s death lacked the usual signs of forced entry and ransacking associated with those crimes. Was it a targeted hit?

This show has some real potential but it’s a shame that we’re in a place where there are still rappers dying on what seems like a weekly basis.

Tune in Thursday, November 3 at 9 PM ET/PT on WE tv for the premiere of “Hip Hop Homicides”.