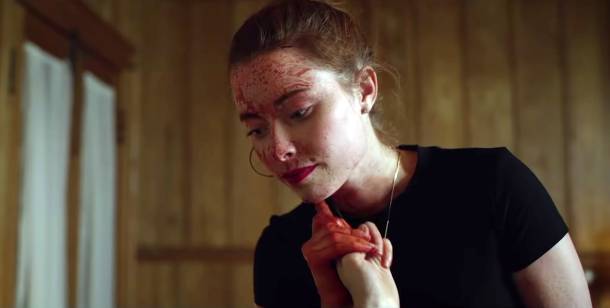 August 2020 is a huge month for Netflix. If you’ve seen our earlier roundup covering every new movie and TV show coming to Netflix in August, you know that this month is packed full of new releases from start to finish. In fact, a whopping 33 new movies and full seasons of TV series were added to Netflix’s catalog on August 1st alone, and there are some real gems on that list. Highlights include Death at a Funeral, Eternal Sunshine of the Spotless Mind, Jurrasic Park, The NeverEnding Story, and more. While you’ve almost certainly heard of each of those movies, however, there’s one great addition to Netflix’s catalog that you likely haven’t heard of. It’s called What Keeps You Alive, and it absolutely needs to be on your radar.

This little-known flick shot up Netflix’s charts this past week as more and more people learned about it, and people have been singing it all kinds of praise on social media. Long story short, fans of the horror genre or of thrillers in general just found their next movie.

What Keeps You Alive is a new-to-Netflix movie that was first released back in 2018. It premiered at the South by Southwest festival that year and received plenty of critical acclaim, but it wasn’t widely distributed in the United States so there’s a good chance most of our readers have never even heard of it. We hadn’t even heard of it ourselves until it cracked Netflix’s top 10 list earlier this week. It only made a brief appearance on the charts though, so most people likely missed it.

This independent Canadian film is the brainchild of writer-director Colin Minihan. It stars Hannah Emily Anderson (X-Men: Dark Phoenix, Jigsaw) and Brittany Allen (The Boys, It Stains the Sands Red) as a married couple who celebrate their first anniversary with a romantic getaway to a remote cabin in the woods. A surprise visit from an old friend creates some tension between the two, when Jules (Allen) learns some potentially troubling things about Jackie’s (Anderson) past.

It’s an exciting flick that’s full of thrills and spills — not the comical kind of spills, mind you — and while it wasn’t exactly our cup of tea, people have been loving it lately. Definitely add it to your list to check out this weekend on Netflix and in the meantime, watch the trailer embedded below.

Kanye West And Daughter North Bust Out Their...