Adam Silver And WNBA Commissioner Cathy Engelbert Release Joint Statement After Brittney Griner's 9-Year Sentence: "It Is Our Hope That We Are Near The End Of This Process Of Finally Bringing BG Home..." 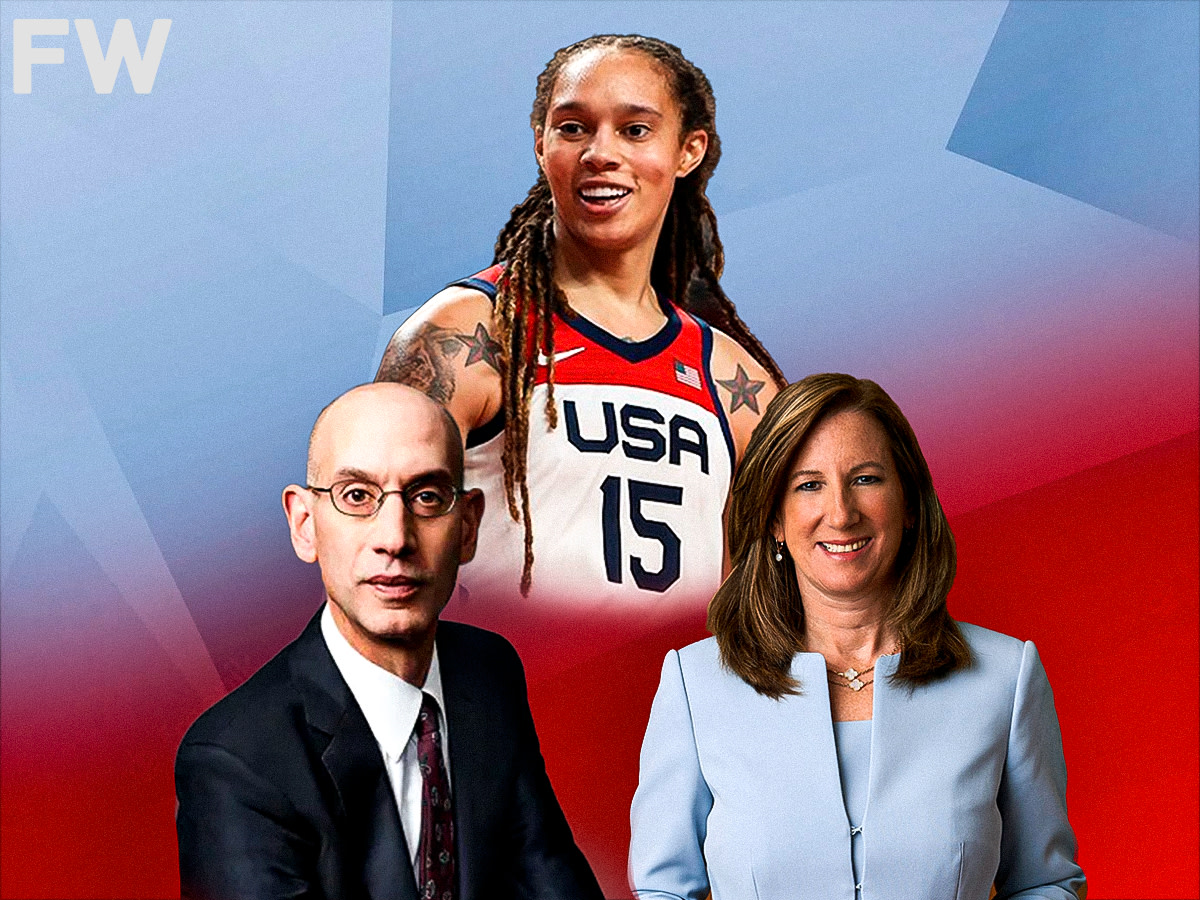 August is usually a pretty quiet month for the NBA. Around this time, peak offseason acquisitions are done, extensions are signed, and players are actively enjoying the last bit of free time they have left before the pre-season grind begins in September.

This year, though, things are different. As the Kevin Durant/Kyrie Irving situation continues to drag on, the league is also working to bring back one of their own: WNBA superstar Brittney Griner, who has spent the past few months detained in a Russian prison.

In a heartbreaking turn of events, Griner was recently sentenced to 9 years behind bars, which could extend her stay in the country by nearly a decade.

In response to the news, NBA commissioner Adam Silver joined forces with his WNBA counterpart, Cathy Engelbert, to deliver this joint statement:

"Today’s verdict and sentencing is unjustified and unfortunate, but not unexpected and Brittney Griner remains wrongfully detained. The WNBA and NBA’s commitment to her safe return has not wavered and it is our hope that we are near the end of this process of finally bringing BG home to the United States.”

Unlike a lot of other leagues around the world, the NBA cares about its players and isn't afraid to speak out when someone they are connected with gets treated in an unfair way.

In Griner's case, there are no doubt tons of details that have yet to emerge and it remains to be seen how much longer she will remain on foreign soil.

But behind a league-wide movement to bring her home, the White House is feeling pressure to negotiate Griner's release and it seems like only a matter of time before she's back home.