Allen Iverson Said Michael Jordan Didn't Forgive Him For The Iconic Crossover: "You Don't Love Me, You Lil B****. You Wouldn't Have Crossed Me Up Like That If You Did." 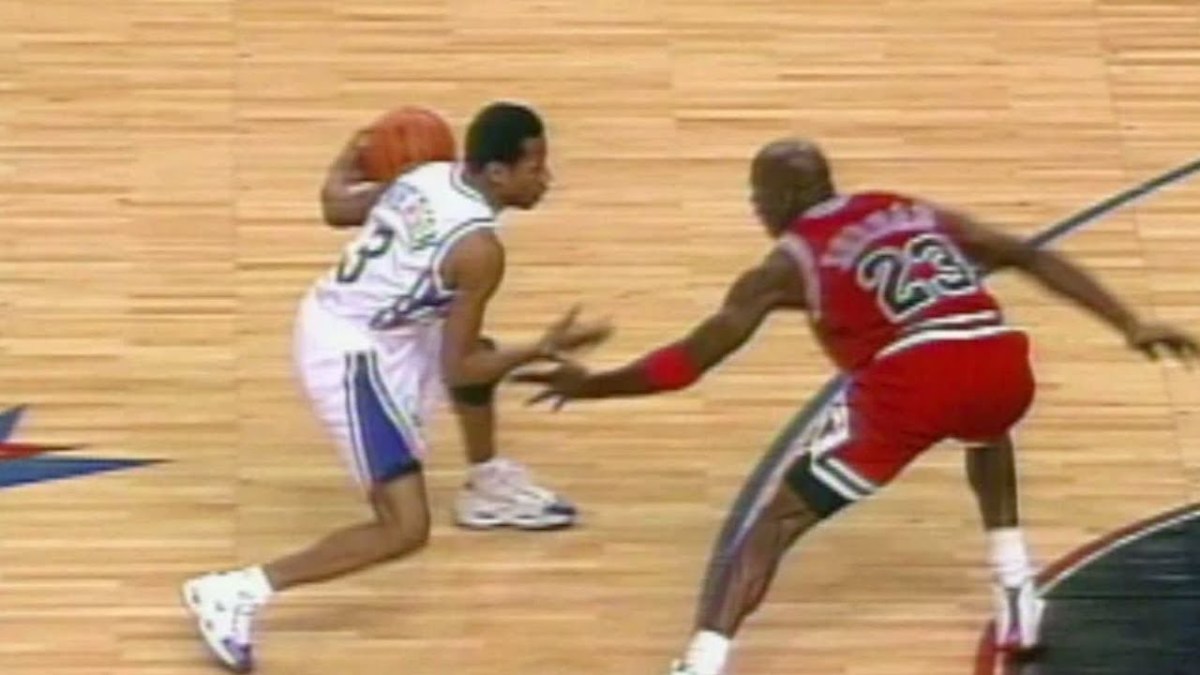 Entering the league as a 6 feet guard, Allen Iverson certainly surpassed all expectations. He had a phenomenal career in the NBA and he announced his arrival to the league with a bang.

A rookie AI embarrassed Michael Jordan by crossing him over. Iverson's handles were always the biggest weapon that he had in his arsenal. AI used it against Jordan and instantly made a name for himself.

Although more than two decades have passed since the incident took place, it remains fresh in most fans' memories. In fact, not even MJ has forgotten about it. In an interview with NBA analyst Shannon Sharpe, Iverson revealed a conversation he had with Jordan regarding that crossover.

"I went to a Charlotte Hornets game, and he had me come in and we in the back and me and him just sitting back and drinking and reminiscing or whatever, and I was like, ‘Man, I love you, man.’ And he was like, ‘You don’t love me, you lil b****. You wouldn’t have crossed me up like that if you did.’ Man, and everybody in the room just bust out laughing, man. It was crazy,"

AI and Jordan have a special relationship. The former Sixers great has always been in support of 'His Airness' even after the two retired from the league. For example: According to Iverson, Mike will always remain the GOAT.

As for when the two locked horns on the court, the duo faced off 13 times. Mike came out victorious 7 times, but that doesn't mean AI was outplayed by any means.

'The Answer' averaged a sensational 29.8 points per game against his idol.

Even after retiring from the league, Michael holds a special place in Iverson's heart. When being inducted into the Basketball Hall of Fame, he mentioned Jorda in a heartfelt speech.

He even mentioned that if it weren't for the six-time championship, Iverson might not even consider coming to the NBA.

The only jewel missing from Iverson's glorious resume is an NBA championship. Despite being one of the top players in the league for quite some time, he never had the support that he needed to bring the team to an NBA title.