Apple Watch Series 7: All there is to know about Apple’s next watch 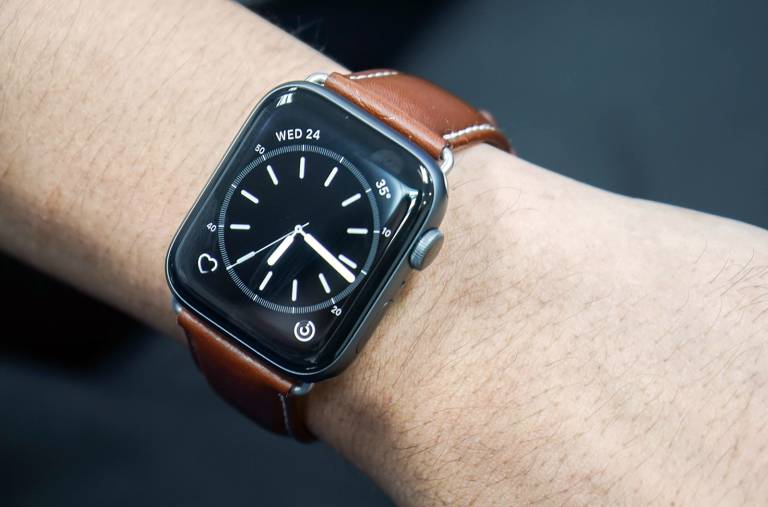 Traditionally, Apple launched a redesign for its iPhone and Apple Watch every three years. For the Apple Watch, this is the year. As a result, we’re expecting the Apple Watch Series 7 to bring a number of changes.

Excited for the Apple Watch Series 7? Or just want to learn more about the upcoming smartwatch? Here’s everything we know about Apple's next smartwatch so far.

As mentioned, Apple brings a redesign to its mobile devices every three years — and this is the year for the Apple Watch. Rumors indicate that the device will get a flat-edged design that brings it more in line with the iPhone, higher-end iPad, and iMac.

This has been corroborated by serial leaker Jon Prosser. Prosser claims to have seen renders of the upcoming device, and has created his own images based on those renders. Prosser also says that the device will come in a series of colors and that there may be smaller bezels around the display than previous-generation Apple Watches.

Bloomberg’s Mark German agrees with this speculation, saying that the Apple Watch Series 7 will sport thinner bezels and that Apple has been testing a new “lamination technique” that will bring the display closer to the top cover of the Apple Watch. Gurman’s sources also note that the watch may be “slightly thicker,” but that it won’t be a noticeable difference. If it means a larger battery, we’re completely fine with that trade-off.

Apple has emphasized health tracking on the Apple Watch since its release, and that’s unlikely to change any time soon. The device will sport the same fitness-tracking features as on the Series 6, but it may add some new ones too. Chief among those could be blood glucose monitoring.

Rumors about blood glucose monitoring on the Apple Watch have been swirling for a few years now. It’s clear that Apple is working on bringing that tech to the Watch. But there are conflicting rumors as to whether it will be on the Series 7. A report from ETNews notes that blood glucose monitoring will be a standout feature of the Apple Watch Series 7, however, a newer report from Bloomberg instead suggests that the tech may not be ready for the Series 7.

The Apple Watch is already an incredibly functional smartwatch, and it takes years for the device to slow down and not be able to handle new software updates. Like in previous years, the Apple Watch Series 7 will likely get a spec-bump that makes it even more capable, and able to keep up with watchOS 8 and other related features from Apple.

Some rumors, like a report from DigiTimes, suggest that the new S7 chip will support a new double-sided System in Package (or SiP), which could give the device a serious battery life boost. We don’t really expect the battery to be larger, though.

The device is expected to be released at around the same time as previous Apple Watch models. That’s to say, Apple will likely announce the device sometime around mid-September. Usually, Apple’s keynotes are on a Tuesday.

When it comes to pricing, the device will probably be a similar price as previous-generation models. In other words, it will start at around $399 for the entry-level 40mm model, or $429 for the 44mm model.

The post Apple Watch Series 7: All there is to know about Apple’s next watch appeared first on BGR.


apple watch series there about apple watch
Read The Rest at
bgr.com