Bam Adebayo Emphasizes The Importance Of Udonis Haslem To The Miami Heat: "He’s Been Through It All And Seen It All. In Practice, He’s One Of The Strongest Guys You’ll Face." 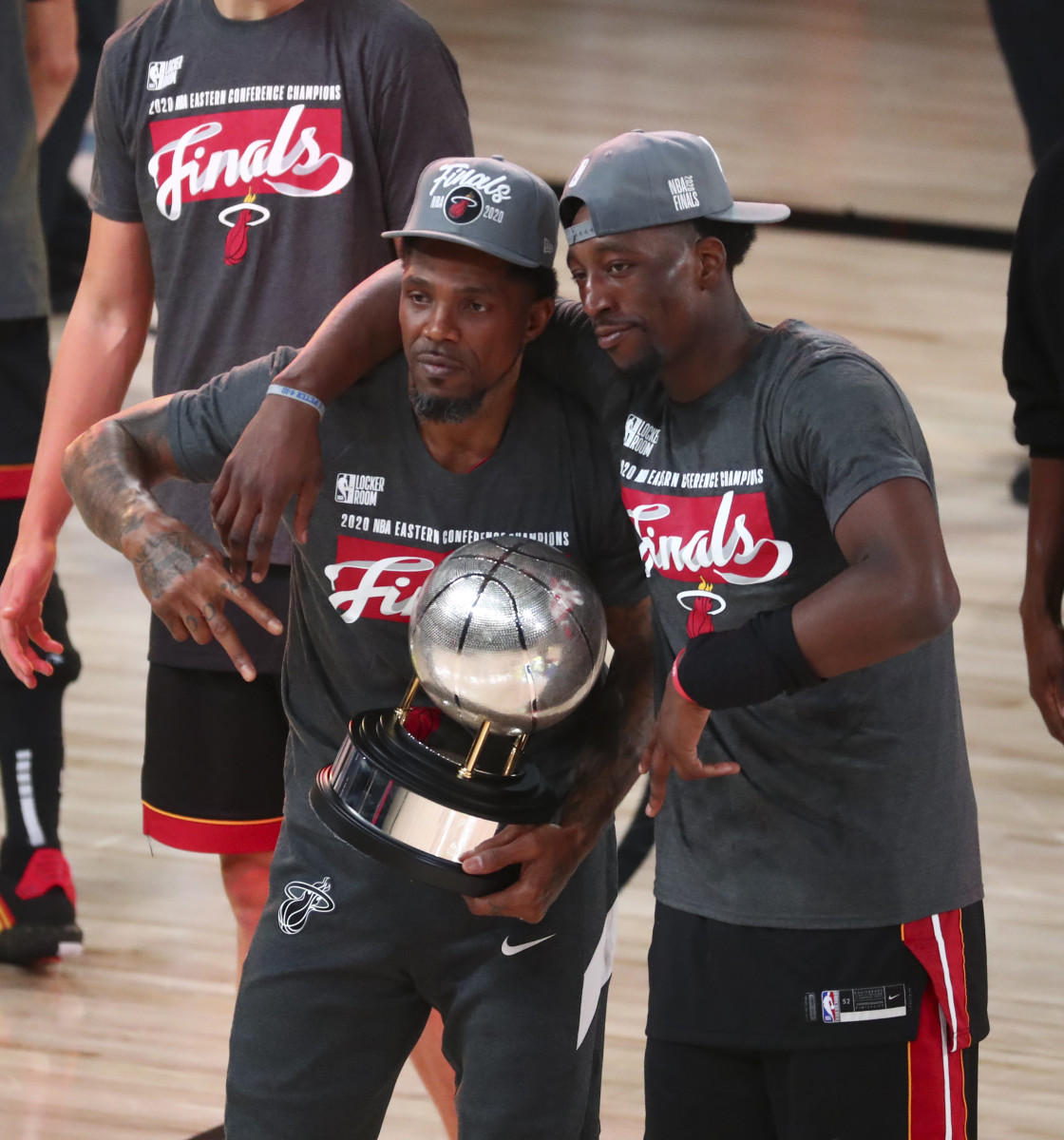 Udonis Haslem is the prime example of a veteran in the NBA. Currently, the oldest player in the league, Haslem has been an evergreen presence on the Miami Heat as the man that holds everyone accountable.

His impact on the Heat is indelible, as the team keeps bringing him back every season even though he has been out of the rotation for half a decade.

Chris Haynes of Yahoo Sports wrote a feature going into the depths of Udon's impact on the Miami Heat. Bam Adebayo had a particularly notable quote emphasizing the importance Haslem has had for the team and how much everyone on the team looks up to him. Even though Haslem is not in the rotation, he is still the measuring stick in practice.

“How he helps prepare me for battle is unreal,” Adebayo told Yahoo Sports. “He’s been through it all and seen it all. And in practice, he’s one of the strongest guys you’ll face. That can’t do nothing but get me better. You have to pay attention when he’s talking because you know it’s coming from a place of wanting to see us all reach our heights.”

Haslem was extremely aware of the intricate role he plays on the Heat in his 8th Conference Finals with the team, despite his lack of playing time.

“Winning this conference finals is my priority right now,” Haslem said. “Bam has had an amazing season, and we’ve got eight undrafted players on this team. Those guys are just like me. We’re winning. I’m impacting the younger generation. That’s it. That’s my gift.”

Udonis will be 41 at the end of this season and there still isn't a sign that he will not be back next season. As long as he stays in playing shape and wants to go through the 82-game season to just practice, travel, and motivate, he will be back.

The Heat will look to Haslem's guidance as they have fallen to a 3-2 deficit against the Boston Celtics in the Conference Finals. Haslem has seen the glory days as well as the dog days for the Heat, so there is no voice better than his to whip this team back into shape.