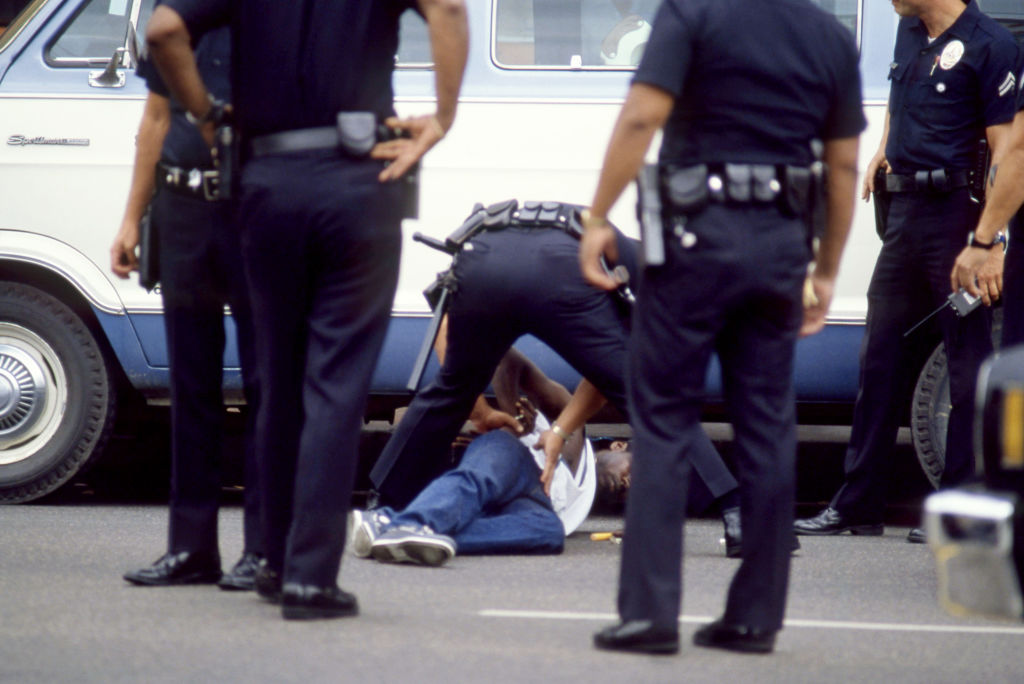 We don’t trust the police. Never have, never will. There are a million reasons why, this is just one of them.

According to new reporting in the AP, janky-a$$ Louisiana cop Master Trooper Kory York (we’re positive that this guy LOVES his title as “master”) has been suspended without pay after the newly-viewed body camera footage showed him kicking and dragging an already-handcuffed man. The video details York violently abusing a face-down Ronald Greene by dragging him “on his stomach by the leg shackles” across the concrete pavement. Kind of reminds us of the stories told of white men tying Black folks to horses and having them dragged.

Greene subsequently died while in police custody. It should come as no surprise that the state police haven’t been very transparent about this issue and have yet to publicly release the footage. Moreover, they initially tried to convince people that Greene died as a result of the car accident during a high-speed chase prior to his arrest. York reportedly turned off his body camera while in pursuit and was only caught because of video taken from another officer’s camera. The maladjusted cop reportedly told investigators that he turned his body-cam off because it was “beeping loudly” and that his “mind was on other things” once he arrived at the scene of the incident.

Speaking of other officers, the same internal investigation that led to York being suspended without pay led to another officer, Chris Hollingsworth, being fired from the department. He died in a single-car crash after being notified of his termination.

The AP last year published a 27-second audio clip from Hollingsworth’s body camera in which he can be heard telling a colleague, “I beat the ever-living f— out of” Greene before he “all of a sudden he just went limp.”

Philadelphia civil rights attorney Mark Maguire says while the “suspension is a start,” Greene’s family does not believe that the move comes close “to the full transparency and accountability” that they fully deserve.

Oh, and just in case you needed more cherries atop this f***ed up sundae, the cop who initially chased Ronald Greene has also been arrested and charged with brutality in connection to a different incident where he and other troopers violently abused a motorist. Why Peter Tamte still wants to make Six Days in...

No Diamonds: LisaRaye Responds SHADILY To...