Boss Wanted To Teach Late Employee A Lesson, Ended Up Paying Out Huge Overtime When Supervisor Found Out His Team Was Helping Out Other Departments They say power tends to corrupt folks, and while that is true in some cases, in others, power doesn’t really corrupt as much as it just makes some folks fools in a myriad of ways. Some don’t think anymore, others start making somewhat, if not wildly, random choices, and yet others simply don’t know how to control it, but the end result is the same—it brings about a certain degree of chaos.

And chaos is the best environment for some malicious compliance, or, as one person demanded it be called, malevolent conformity. This time we have a boss who caught wind of an employee being a tad bit late for work, demanding a clock-in and clock-out inspection, which ended up working in the employee’s favor, all thanks to OP.

While tracking time at work is important, there’s often that one dude who gets personally offended when someone is late, and then tattles on them 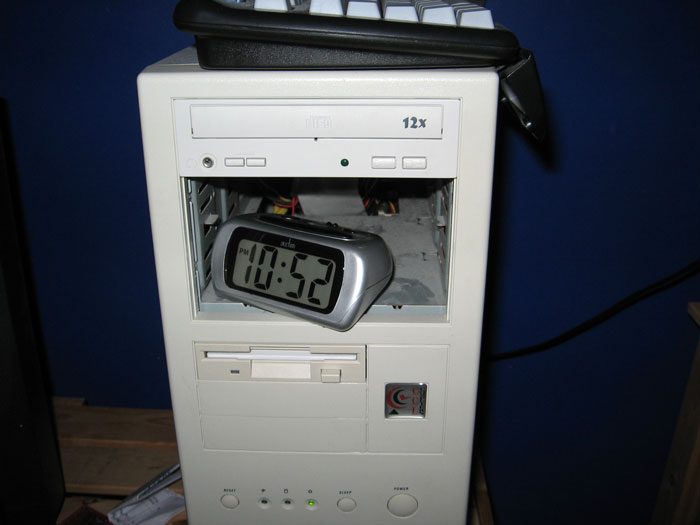 This is that story.

Well, this is that story, except OP, when asked to double-check the clockings, did some malicious compliance 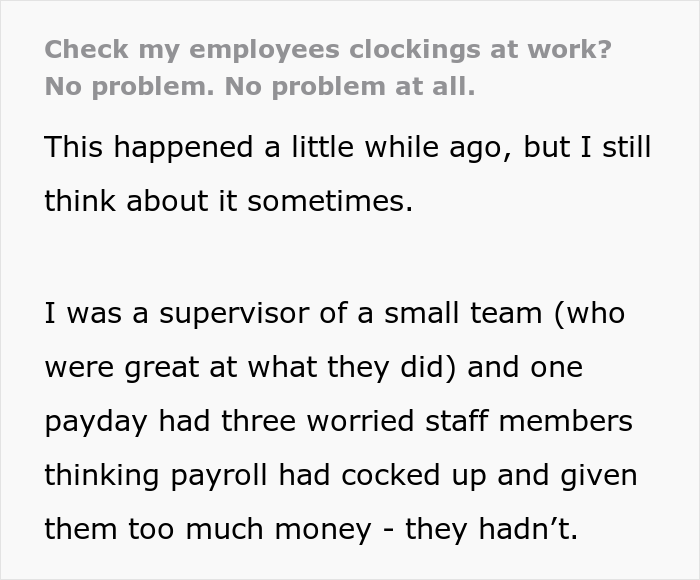 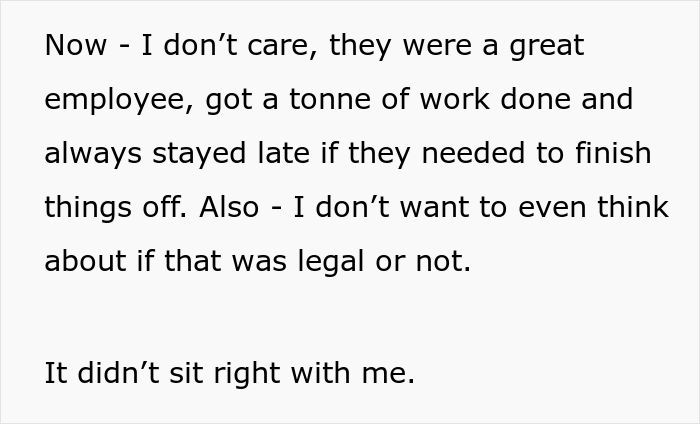 Dan explained that he had a team of amazing people whose performance was outstanding, so he had no doubt in them, but this one other manager “caught” one of his teammates arriving to work late. This immediately led to them letting the boss man of the company know this happened, and even more immediately led to OP getting the order to check the time tracking to make sure they were docked for it.

Now, the team had great people working there, so OP, as the supervisor, knew that nobody would ever slack off or come in a bit later without a good reason or without staying a few minutes extra after work, so there was no worry there. But something didn’t sit right with him either.

You see, OP knew his team was all good, honest, hard-working employees, so the time wasn’t relevant, but what was was the surprise overtime 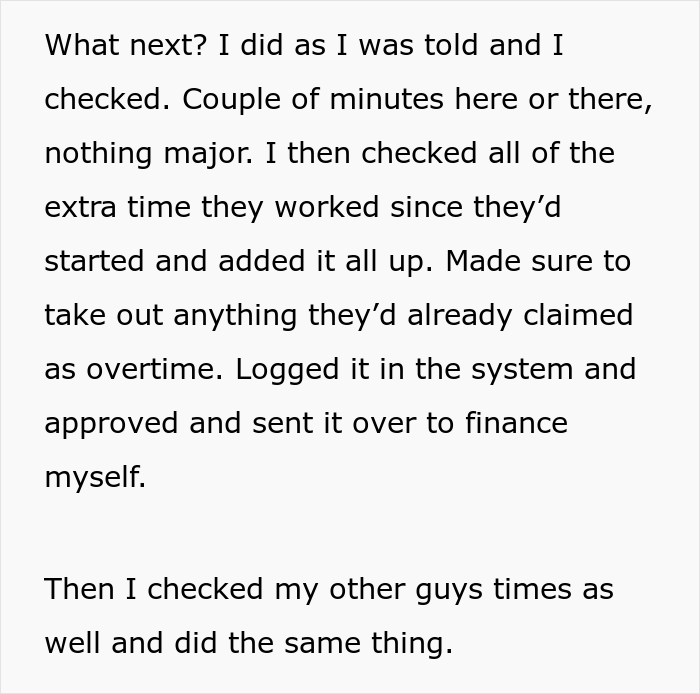 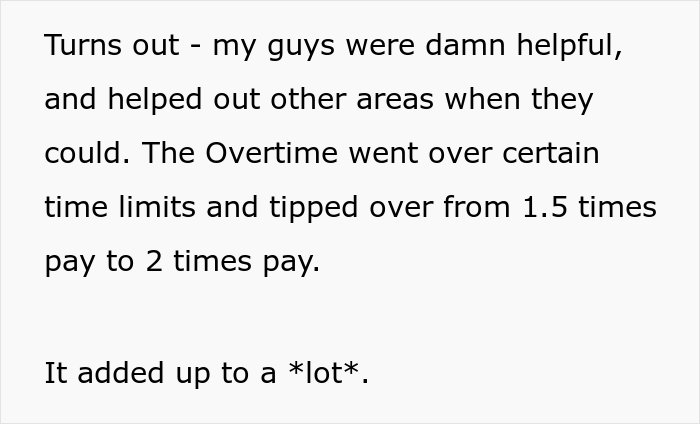 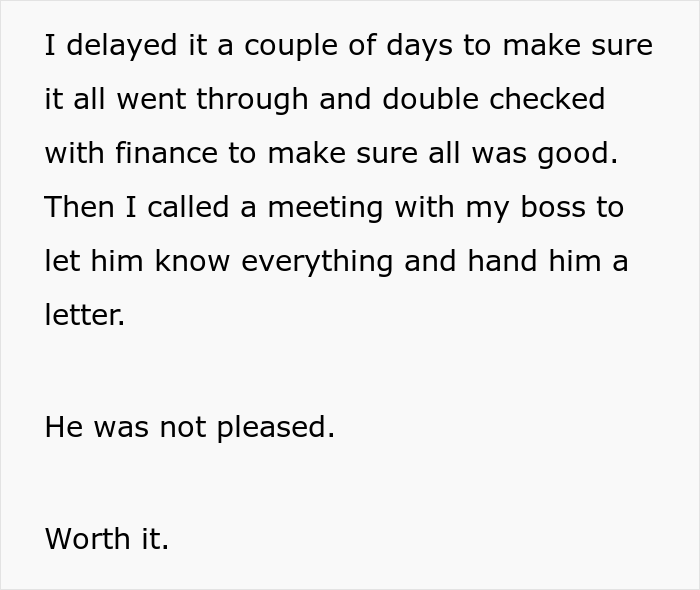 So, OP got crackin’ on figuring out the actual work times. And, well, there were minutes off schedule here and there, but when you added it all up, it quickly turned into overtime. Overtime that sometimes went beyond the 1.5× tariff and shifted into 2× territory. You can guess why this would be a pain for the employer.

Turns out, OP’s team were helping out in other areas when they could, so not only were they doing their jobs well at this point, but they were earning brownie points for helping others. And the result was “it added up to a lot.”

For good measure, OP also went through the proper channels, double checking it all with the folks down at financial, and then a meeting was called. The agenda was to let him know everything.

“He was not pleased.”

So, in good malicious compliance fashion, he did count the overall time, and, sure, there were some discrepancies, but there was a lot of overtime that the boss-man now needed to pay out 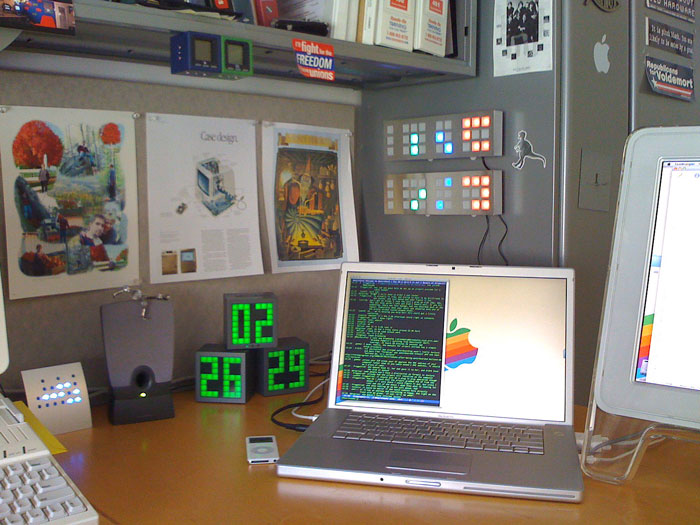 But it was worth it, not only because Dan defended his team, but also just because someone came in a bit too late to work doesn’t mean there has to be a huge investigation about it. But this time around, this investigation ended up favoring each individual in Dan’s team.

Well, the wink wink belligerent conformity community love the story, not only because it’s a classic, yet not too long, tale of someone getting what they asked for, but also because there was a huge payout in the end.

Others shared their own stories, albeit short, but still malligerently bellicious in some ways. And yet others were loving Dan and bashing on management who still didn’t learn that you can’t mess with your employees or else you will get complied with in the most mischievous ways.

And folks online loved the story, leading to 25K upvotes with 25 Reddit awards 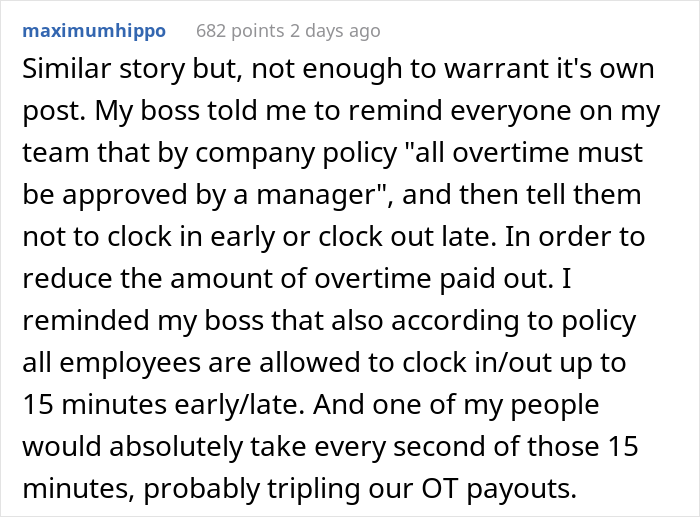 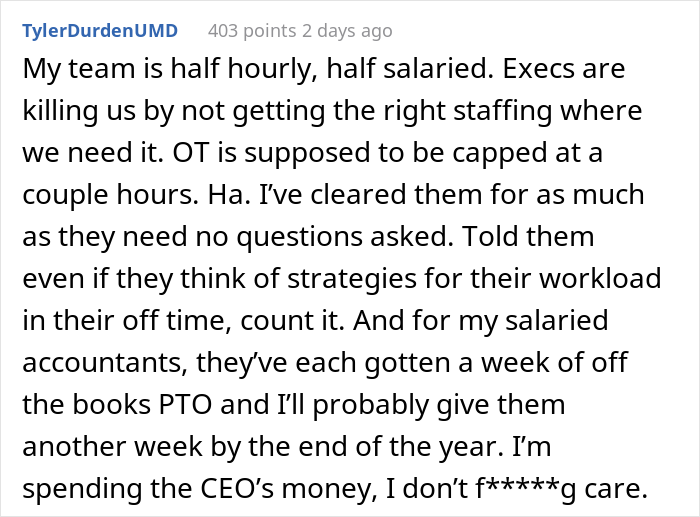 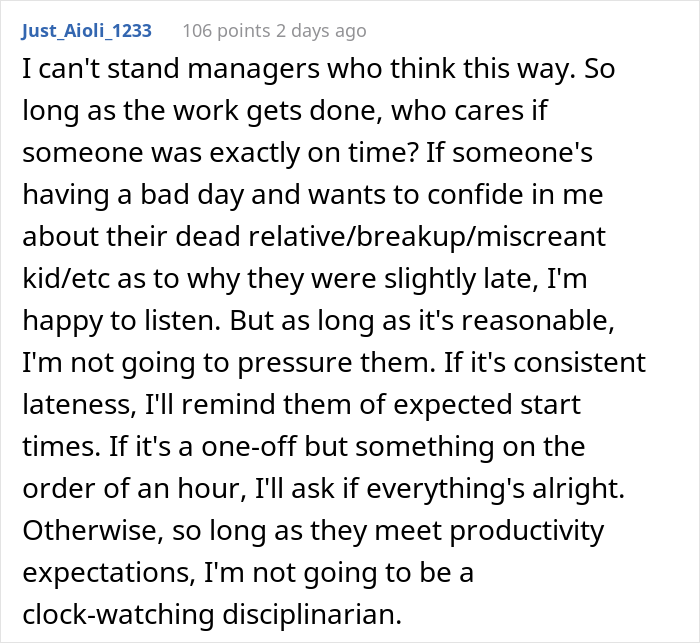 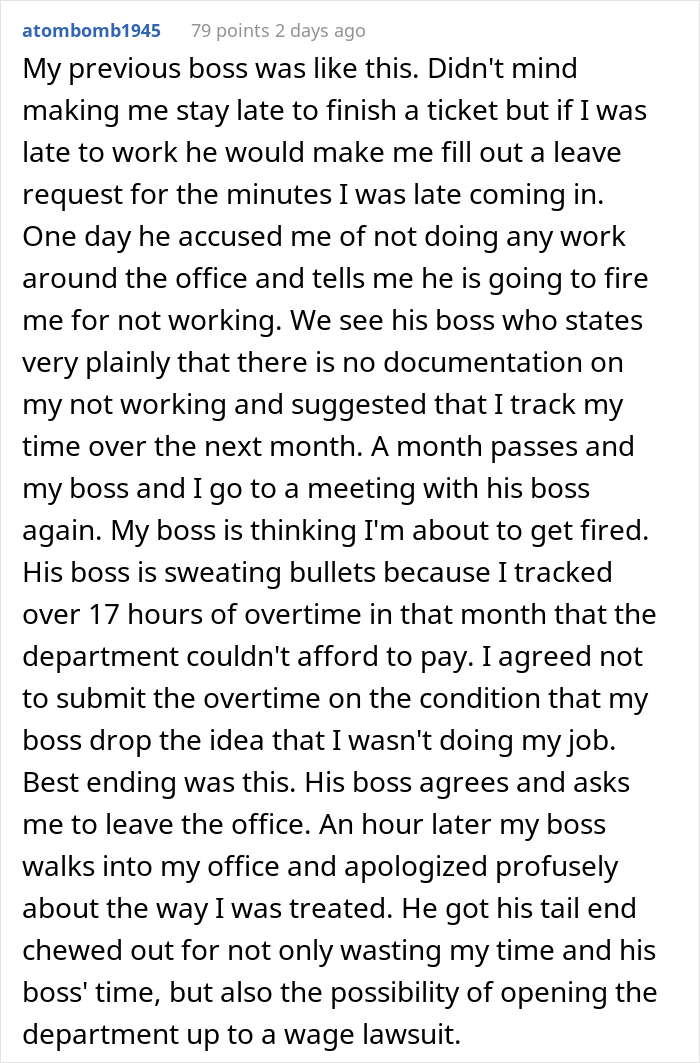 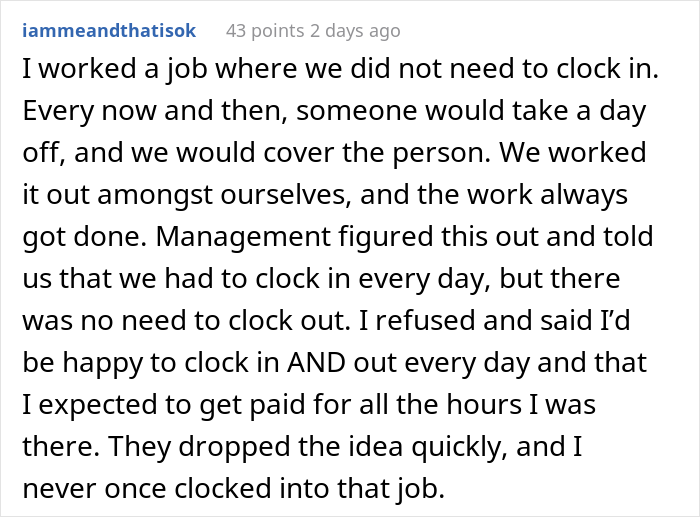 The story attracted a lot of attention, more specifically in the form of 25,000 upvotes, 25 Reddit awards, and a bit shy of 500 comments. And you can check it all out here, or read our other bellicious conforpliance articles here.

But, don’t let me get you carried away, literally, without sharing your thoughts and opinions on Dan’s approach to teaching management a lesson or the story in general in the comment section below!

The post Boss Wanted To Teach Late Employee A Lesson, Ended Up Paying Out Huge Overtime When Supervisor Found Out His Team Was Helping Out Other Departments first appeared on Bored Panda.