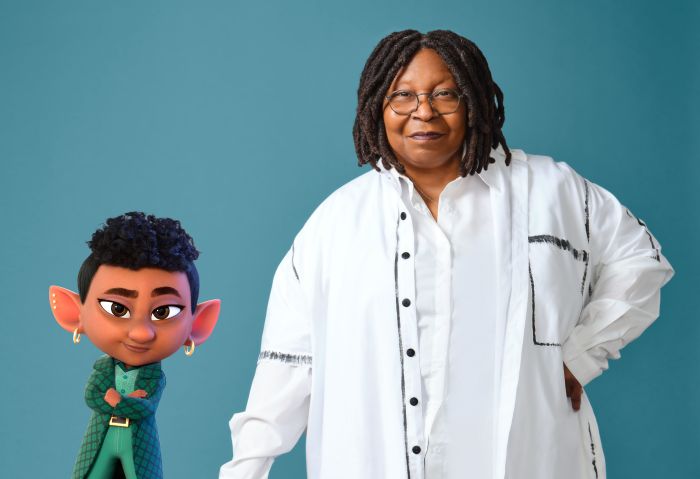 We LOVE Whoopi Goldberg who plays the Head-Leprechaun-In-Charge in Apple TV+ animated film ‘Luck’ that’s sure to entrance adults and kids with its magical message that gave us the warmest fuzzies.

From Apple Original Films comes the story of Sam Greenfield–the unluckiest person in the world who stumbles into the never-before-seen Land of Luck where she sets out on a quest to bring some good luck home for her best friend.

But with humans not allowed, her only chance is teaming up with the magical creatures who live there to do it.

We caught up with Whoopi who talked about playing the Leprechaun Captain, being lucky and legendary, and more in our interview you can watch below:

“I just love the idea that.. for a film which concerns itself with a magical, mystical land where good luck and bad luck are generated, really the message of the film is that luck is something that you make for yourself,” said Pegg in an interview with Screen Rant.

“It isn’t made in a magical kingdom with crystals, it’s made by your own actions, and your own decisions, and how you interact with other people. And the more you put love, and good will, and positivity out into the world, the more that will come back and reflect on you as a result of your actions. So, really, for a film as fantastic as this, the true message is very rational and it is that if you’re good to other people, then other people will be good to you.”

The family-friendly feature is directed by Peggy Holmes from a screenplay by Kiel Murray, with John Lasseter, David Ellison, Dana Goldberg, and David Eisenmann producing for Skydance Animation.