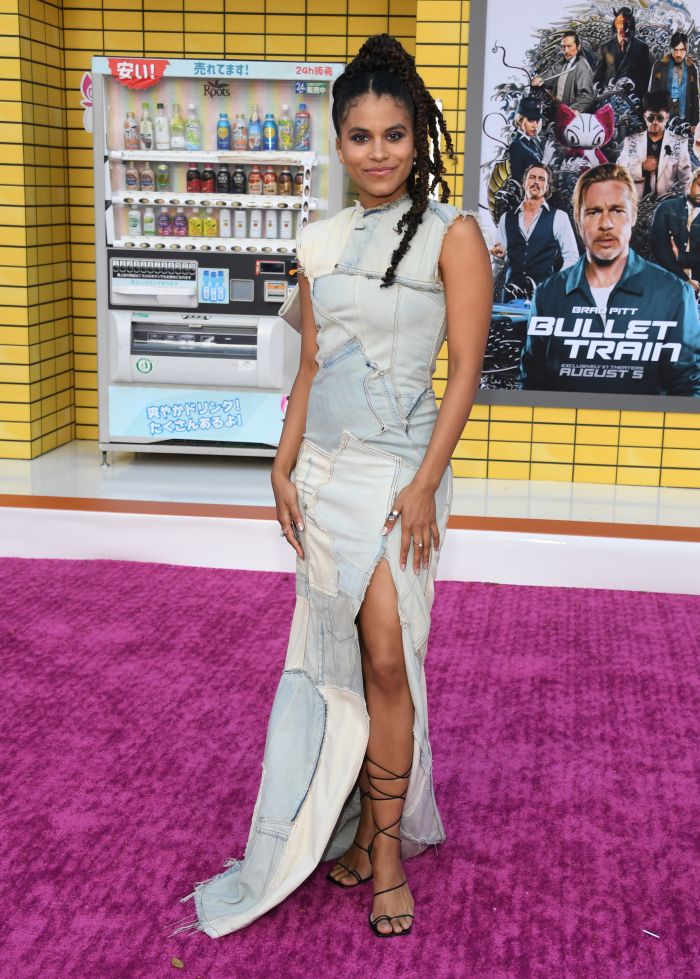 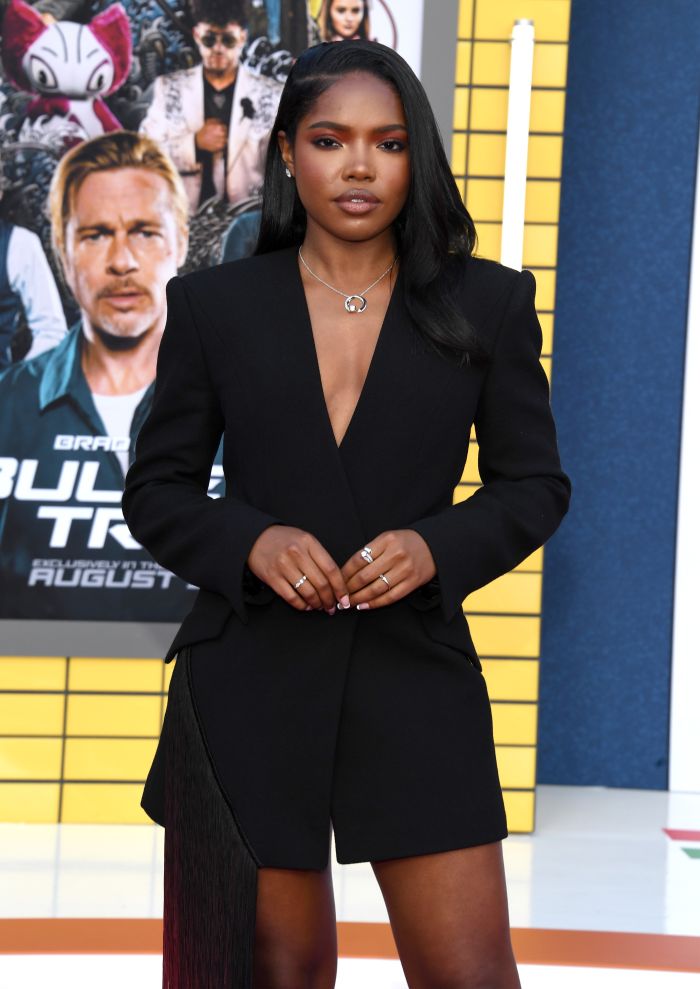 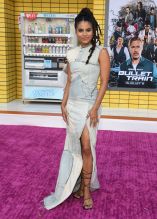 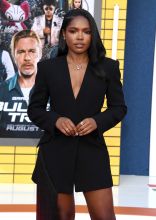 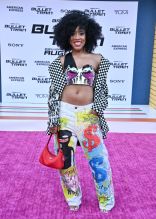 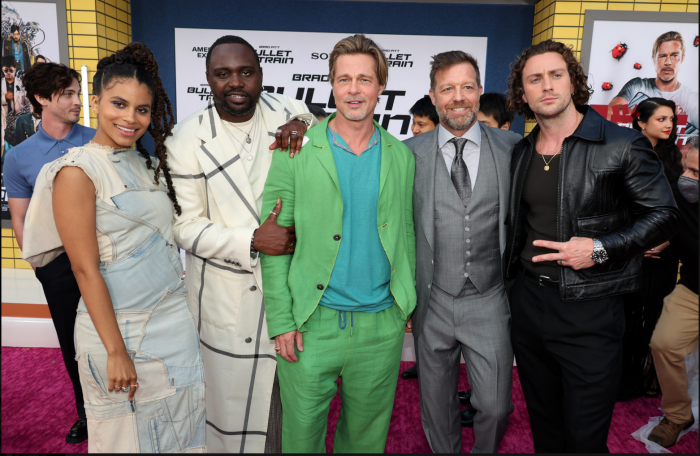 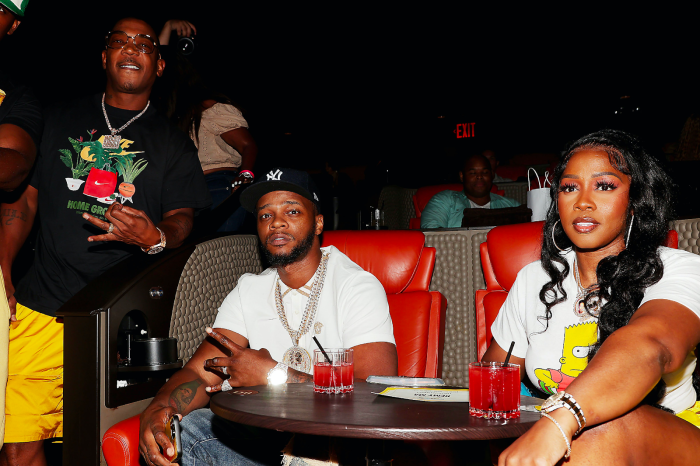 In ‘Bullet Train,’ Ladybug (Brad Pitt) is an unlucky assassin determined to do his job peacefully after one too many gigs gone off the rails. Fate, however, may have other plans, as Ladybug’s latest mission puts him on a collision course with lethal adversaries from around the globe – all with connected, yet conflicting, objectives – on the world’s fastest train.

Peep the face-punching trailer below:

From visionary Director David Leitch (‘Deadpool 2’), the end of the line is only the beginning in a non-stop thrill ride through modern-day Japan that also stars Brian Tyree Henry, Aaron Taylor-Johnson, Michael Shannon, Zazie Beetz, and Benito Antiono Martínez Ocasio aka Bad Bunny, and more.

In an intriguing plot twist, Lady Gaga dropped out of the film due to a scheduling conflict.

“It really all came down to her schedule with the Ridley [Scott] film,” said Leitch in an interview with EW. “There were short discussions and then, this isn’t going to work because she was preparing for the Ridley movie [House of] Gucci. They shot right before us and overlapped with us and it really didn’t work.”