Dak Prescott is exiting Adidas to take his talents over to the Jordan Brand. 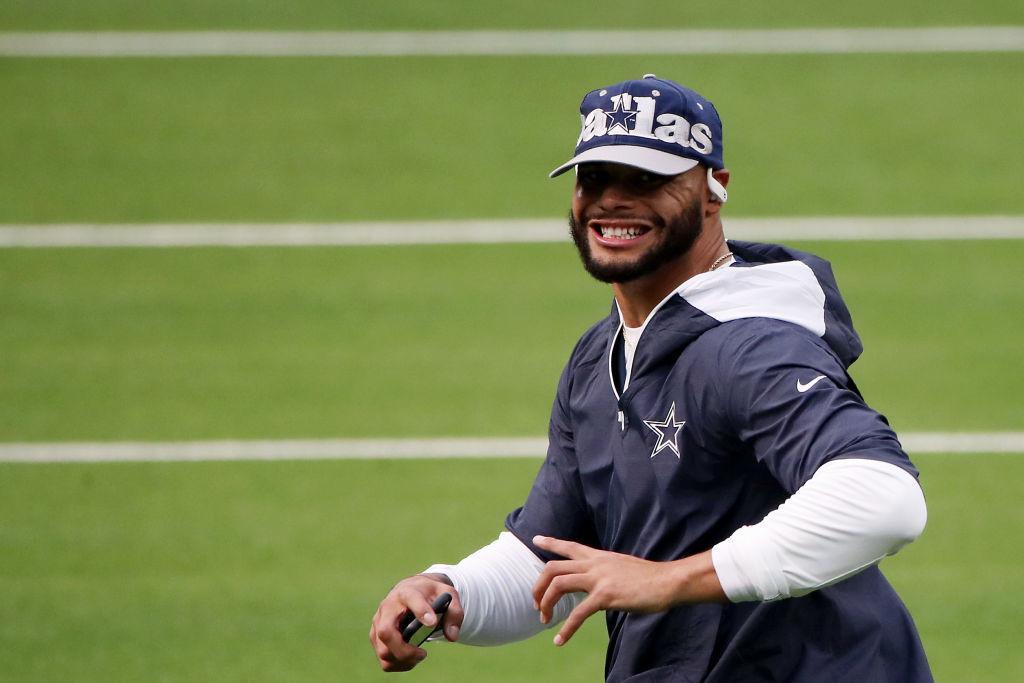 Dak Prescott is patiently waiting to retake the field again since he missed the season last year with a severe ankle injury.

The injury came while Dak was playing on the franchise tag in the middle of intense negotiations between him and Jerry Jones over his pay. In his time with the Cowboys, Dak has been a clean image quarterback who’s gotten better every season and given every sign that he’s a long term keeper for any smart franchise owner. Dak and Jerry would eventually find common ground, securing Dak the bag he desires and Jerry the QB he always wanted to keep long term.

ESPN’s Adam Schefter is reporting that in addition to his Cowboys pay day, Dak has switched up his brand deals a bit and has decided to leave Adidas for Jordan Brand. The move comes out of nowhere as Dak has sported Adidas since his rookie year in 2016. The partnership hasn’t mad much noise, but he was featured in several campaigns and was one of the brave souls to wear Kanye West’s Yeezy 750 cleats on field. As you can tell by Dak holding out with his own franchise over money, he’s looking to make money moves and level up.

His signing with Jordan Brand is an excellent money move as it instantly makes him the highest paid NFL player on the Jordan Brand roaster. The structure and pay details haven’t been released yet, but Dak doesn’t play about his coins so it’s safe to assume Jordan Brand cashed out for the top tier talent.