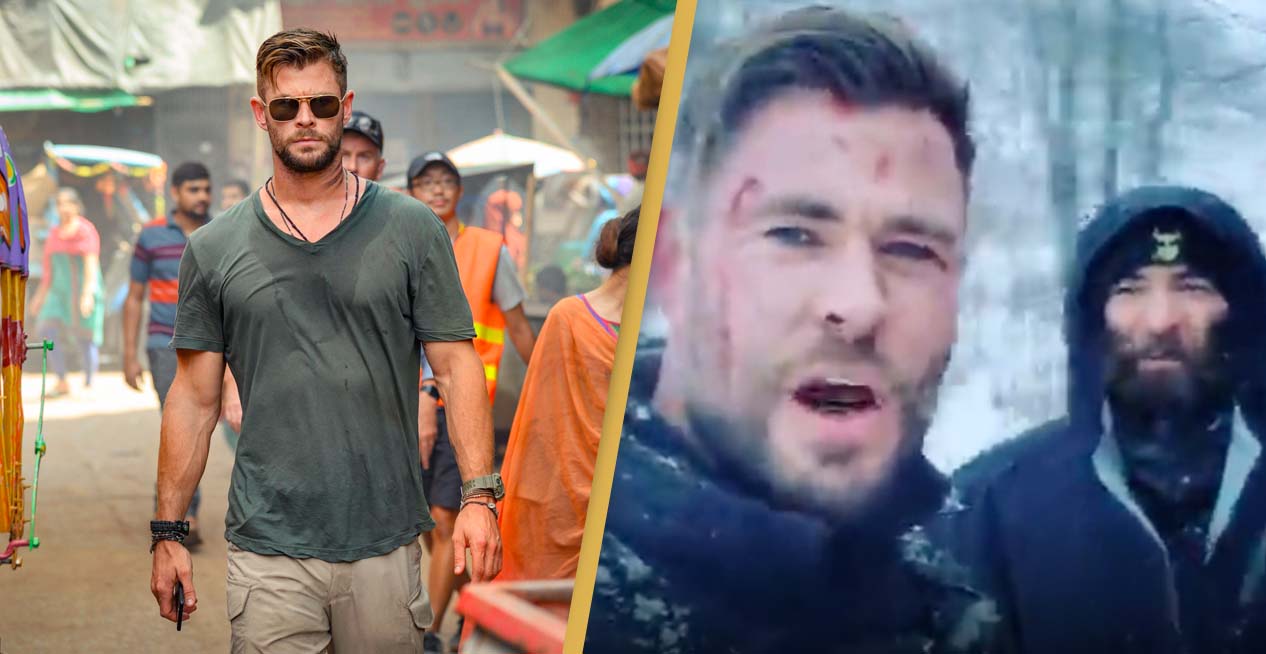 Chris Hemsworth is coming back for Extraction 2, and Tyler Rake’s next mission already looks ‘very different’.

Extraction features an action hero named Tyler Rake who kills a man with a rake. It’s really no surprise it became one of Netflix’s most popular movies, beating the likes of Bird Box, Murder Mystery and 6 Underground. only topped recently by Red Notice.

The first film’s cliffhanger left Hemsworth’s character in a pretty stark place; but like Palpatine, somehow he’s returned. This time, unlike his earlier sweaty, bloody escapades through Bangladesh, it’s going to a frosty adventure.

The highly-anticipated sequel has finally kicked off filming in Prague. ‘Two things are very different from the last film: one, it’s very, very cold; two, I’m alive. How? You’ll have to find out – watch the movie,’ Hemsworth says in the video posted to Instagram.

In another video from earlier this week, director Sam Hargrave confirmed the movie started shooting. ‘That’s a wrap on day one of Extraction 2 with the train location. We got a lot of snow today, but it looks pretty great on camera, so we’ll take it,’ he said. In a brief teaser shown during Netflix’s Tudum event, we pick up exactly where the movie closes, with Tyler on the verge of death. ‘Tyler, you drown not by falling into the river but by staying submerged in it,’ Mahajan says in a voiceover, before Tyler’s eyes open.

The plot of the sequel hasn’t been confirmed by Netflix, but some reports claim it’ll follow Tyler as he tries to infiltrate one of the world’s deadliest prison to save a family from a Georgian gangster.

Extraction 2 is expected to hit Netflix in 2022. Former KKK Leader Is Running For Office In Georgia