Few parenting stereotypes are as established as the father who can’t change his baby’s diaper. In fact, it has penetrated society so deeply that many don’t think men are even capable of pulling this off. But contrary to popular belief, babies poop no matter who is watching them.

Recently, when Reddit user RocksAndHardPlaces1 brought his son to a store, the little guy did his dirty business, so the dad went to the men’s restroom to take care of it, however, he found no facilities that would have allowed him to do so.

The man then learned from the staff that the women’s restroom had a changing table. It was either that or the floor, so the decision was a no-brainer.

Only, some female shoppers weren’t happy to see him there. 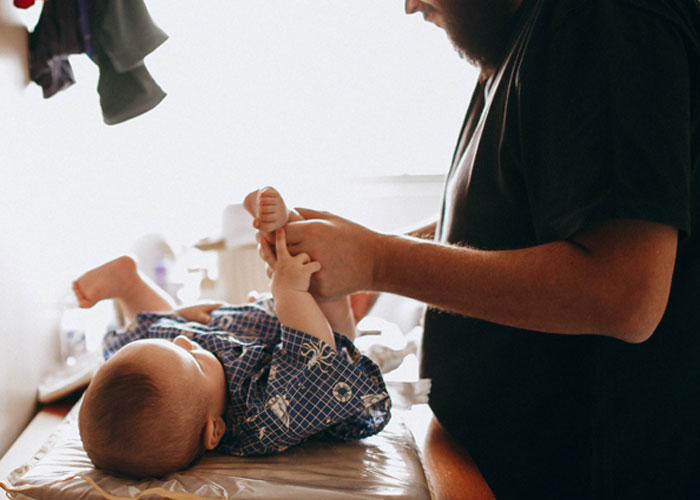 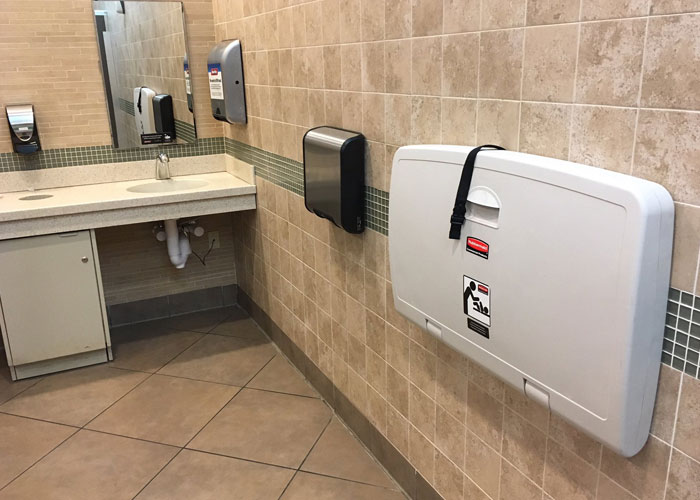 After the story blew up, the man provided more information in the comment section 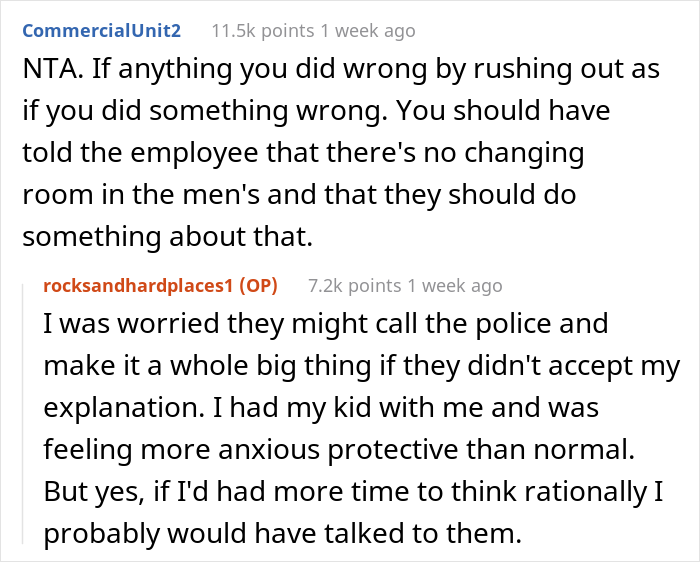 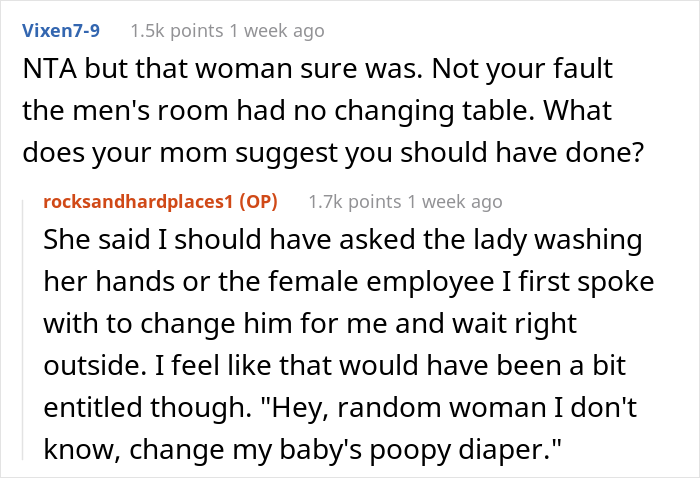 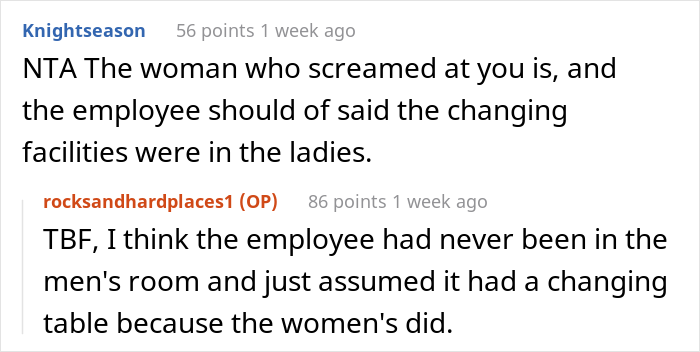 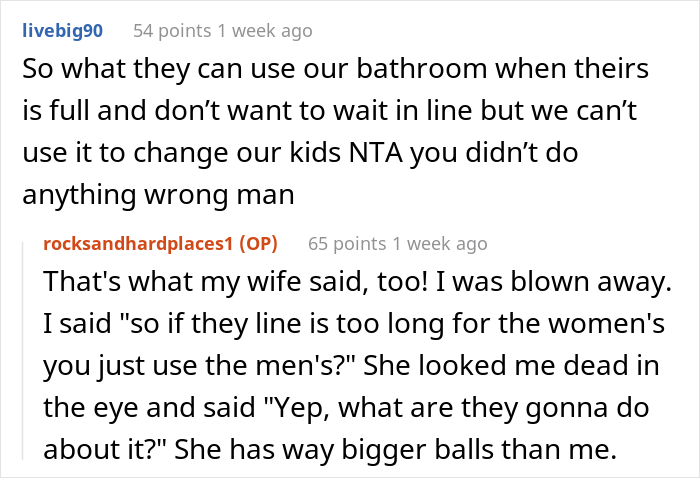 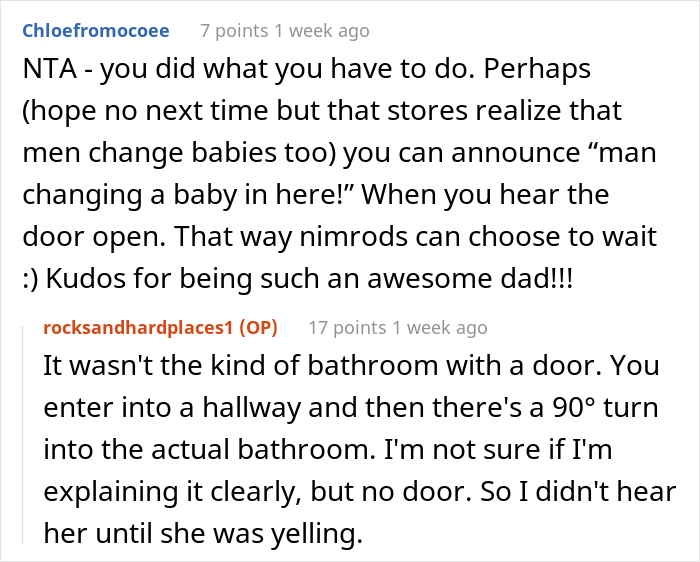 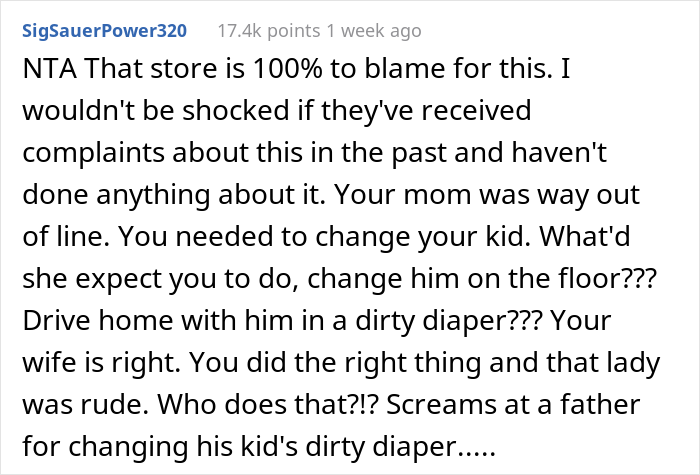 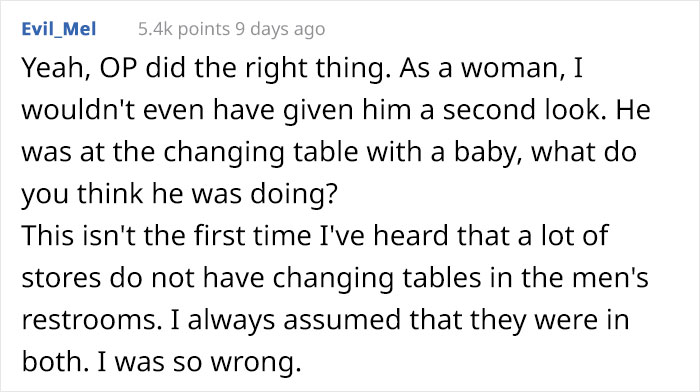 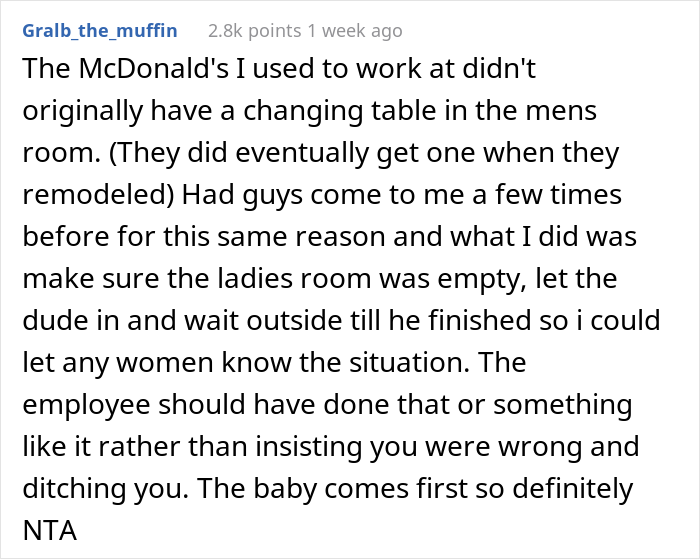 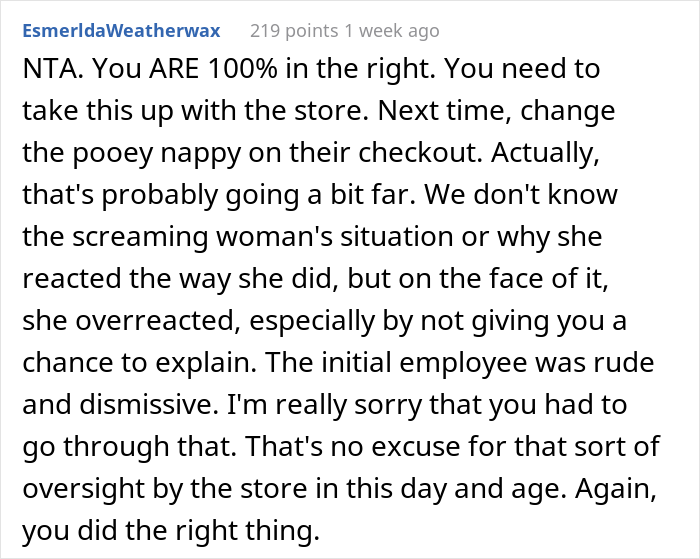 The post Dad Asks If He's Screwed Up For Using The Women's Room To Change Baby's Diaper first appeared on Bored Panda. Woman Working With Foster Children Is Not...