Dad Decides To Leave His 33-Week Pregnant Wife With A Toddler To Have A Party Trip Overseas, She Asks Whether She’s Wrong To Be Upset At This

What separates an adult from a child? There are a lot of criteria, but one of the most important, not so much dependent on exact age, is the ability to take responsibility and set priorities properly.

A little child, standing in front of something that they really desire, is ready to give up everything just to get what they want. And the point here is not at all the calendar number of years – this situation can equally apply to both a three-year-old kid who wants a bicycle, and a thirty-year-old man who does not want to miss a cool party in any way.

Like for this mom, for instance, whose post on the AITA Reddit community has already racked up about 11.2K upvotes and over 1.6 comments. We are talking about the Original Poster’s husband, and you can try to determine his true age yourself. 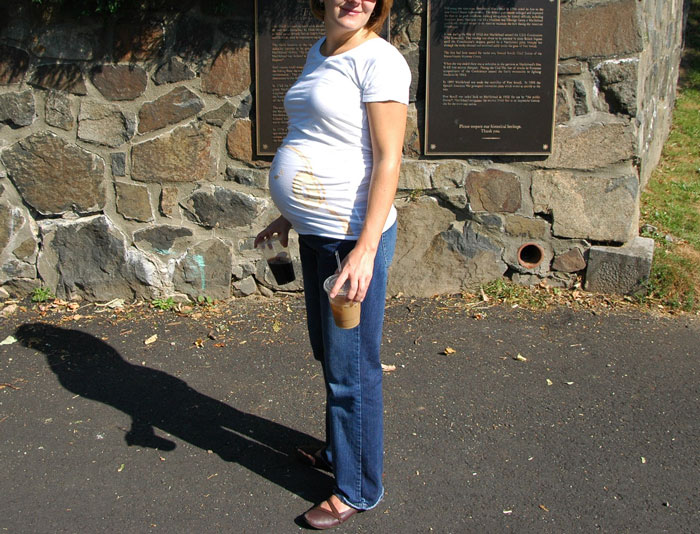 So, the OP and her husband are expecting their second child, while the first, according to the woman, is still a toddler. The birth of the first child turned out to be very difficult; she had to have a C-section, the child was born prematurely around 32 weeks, and spent two months in the intensive care unit. 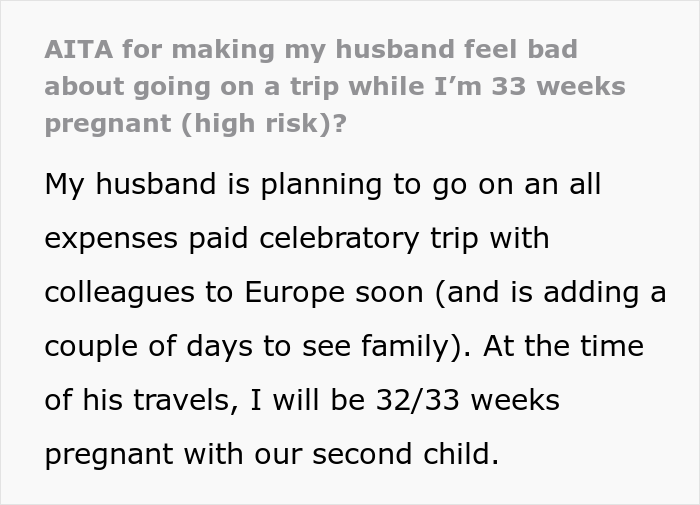 Everything worked out then, but now pregnancy with a second child is approaching the same numbers, and the OP is quite reasonably afraid that some problems may arise once more. This time, the doctors also scheduled a C-section – according to the plan, at 38 weeks, but there are some suspicions that everything may not go according to plan again. 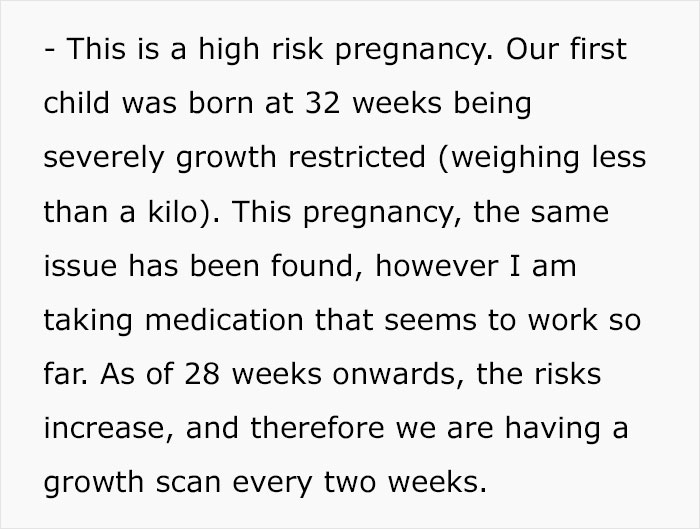 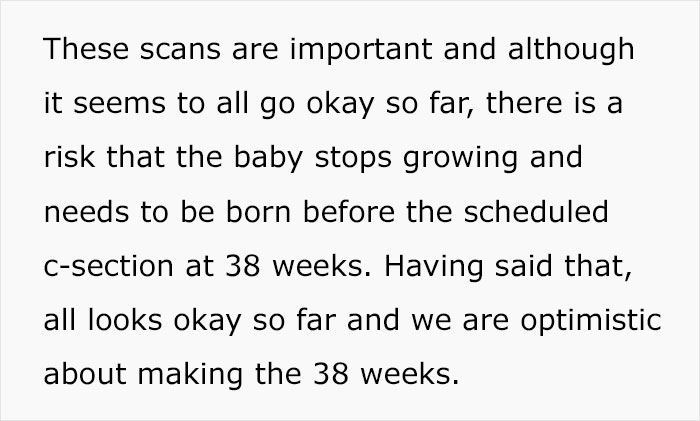 What’s the problem with the OP’s husband, you ask? Well, here’s the thing – the fact is that he planned a long celebratory trip to Europe with his colleagues, and then he wanted to see his relatives as well. In total, he will be absent for about 10 days – and the 32-33 weeks of pregnancy, which are significant for the OP, fall exactly on this period. 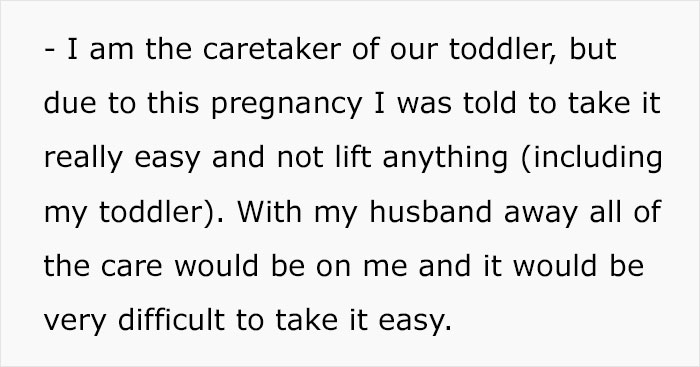 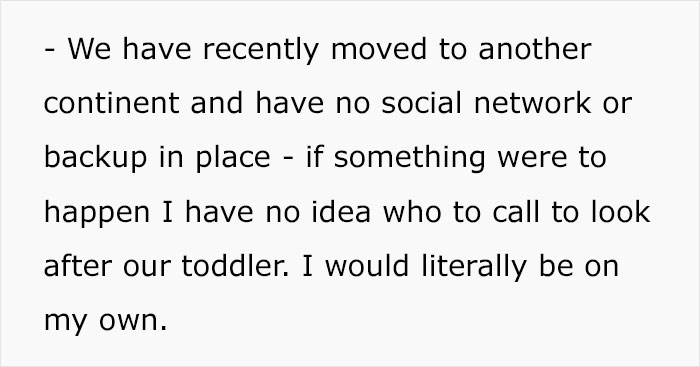 In case anything bad happens, the OP will be completely alone with a whole bunch of problems

The situation is complicated by the fact that the family recently moved to a new place and have not had time to make friends and acquaintances, so that in case of any health problems, the mom will be left completely alone. In addition, do not forget about the first child, whose care also lies with the OP. 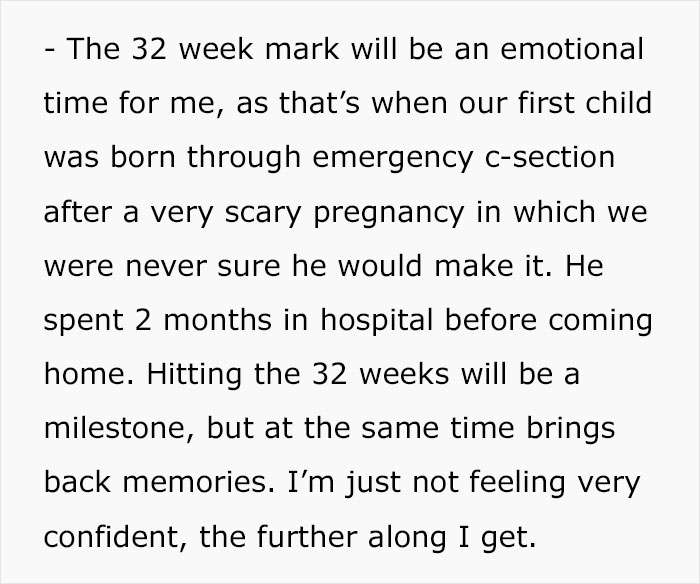 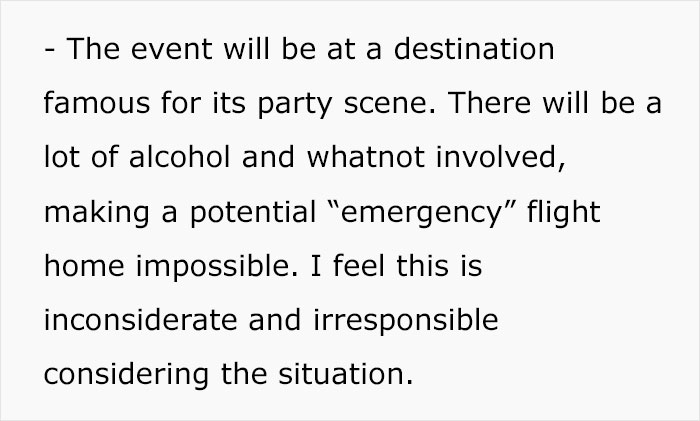 In addition, it would take two flights for the OP’s hubby to get home

In connection with a difficult pregnancy, doctors recommended that she avoid lifting weights, but a toddler is also a weight. In general, there is a risk that everything could go wrong when the hubby is on another continent, two flights from home, and hardly in touch, because the party is planned at one of the resorts famous for its nightclubs.

The husband seems to be feeling bad about the situation, but does not want to cancel the trip

The OP, let’s just give her credit, is a very humble person. She decided not to tell her husband directly that she was not happy about his idea to go, but she was trying to give her husband a hint. As a result, the man seems sad because he is embarrassed to leave his wife alone, but at the same time, he is in no hurry to cancel the trip. 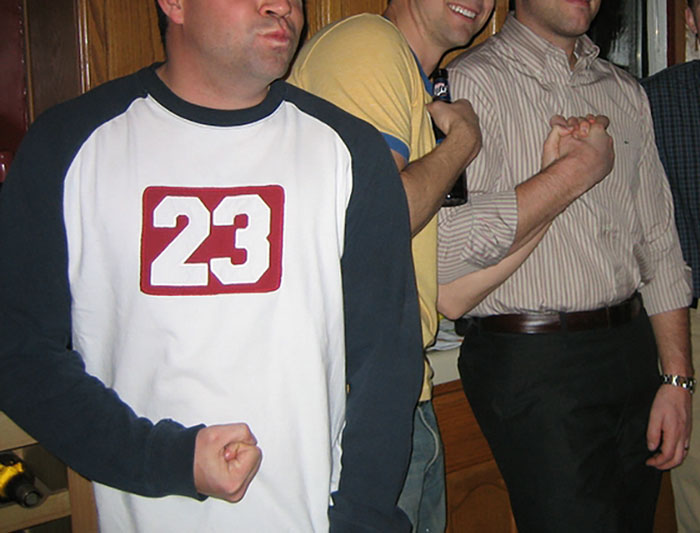 According to people in the comments, even the fact that the husband is not planning to cancel anything says a lot. Commenters argue that if the doctor has already said that the life of his wife and child may be in danger, then a responsible person would do everything to avoid problems as much as possible. And it is better for his wife to tell him about it directly. 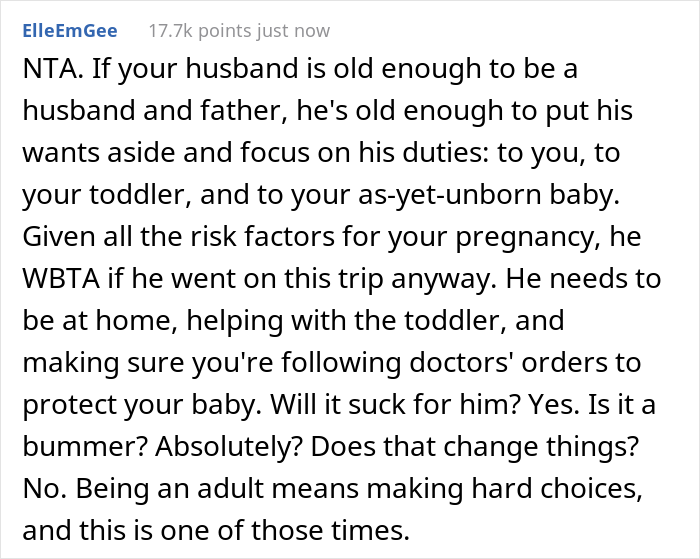 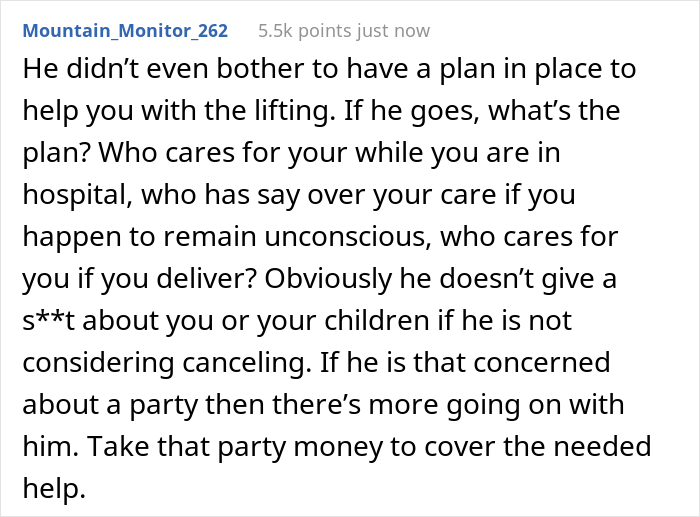 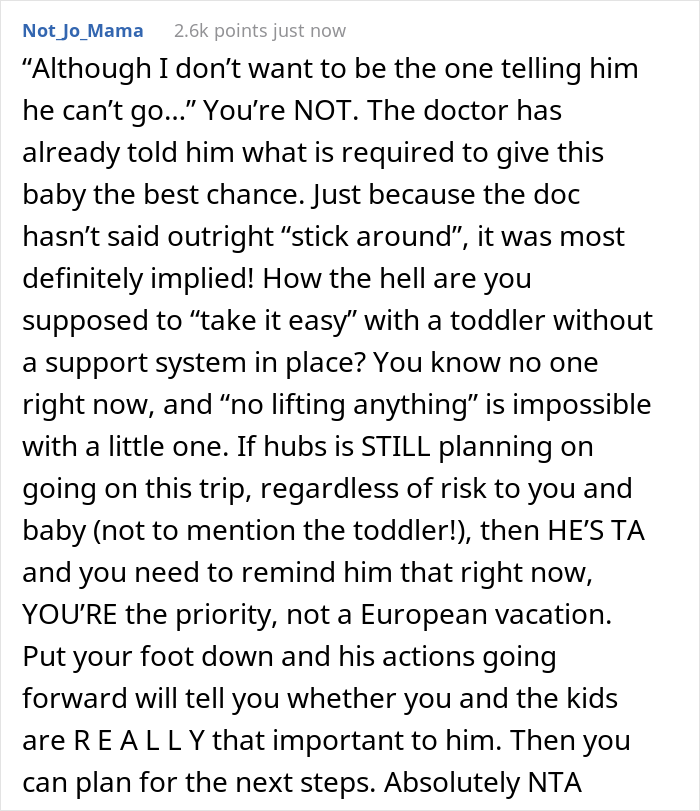 Some people have noted that while partying in clubs, the man could catch some kind of virus and then bring it to his pregnant wife and toddler – even if everything is fine with the pregnancy, it puts their health at risk anyway. In general, most commenters agree that the OP’s husband is simply selfish and is thinking only of his own pleasure.

Now, we highly appreciate your comments, so we’d love to hear what you think about this situation. And perhaps someone has already found themselves in a similar position – then your story will be doubly valuable for us.

The post Dad Decides To Leave His 33-Week Pregnant Wife With A Toddler To Have A Party Trip Overseas, She Asks Whether She's Wrong To Be Upset At This first appeared on Bored Panda. Taika Waititi Admits He Stole From ‘The Hobbit’...