There she is, Miss America– Well, little Miss America. She’s still in diapers, but isn’t she gorgeous?

Did you know that children can start entering beauty pageants before they’re even a year old? I think most infants look pretty much the same, with their adorable chubby cheeks and wide-eyed expressions, but apparently they can be judged on their appearance, their outfits, their talent and… How long they can go without needing to be changed?

Child beauty pageants have been controversial for quite some time, with the TLC show Toddlers & Tiaras launching them into the mainstream media over the past decade or two. But how would you feel if your child was planning on entering one?

One father recently posted on the “Am I the [Jerk]?” subreddit asking for advice because his ex plans to enter their daughter in a beauty pageant, and he is not on board. Below, you’ll find the full story, as well as responses from invested readers, and you can decide for yourself whether or not you’d allow your child to get all glammed up for a pageant. Then, if you’re interested in reading another Bored Panda article discussing beauty pageants, look no further than right here! 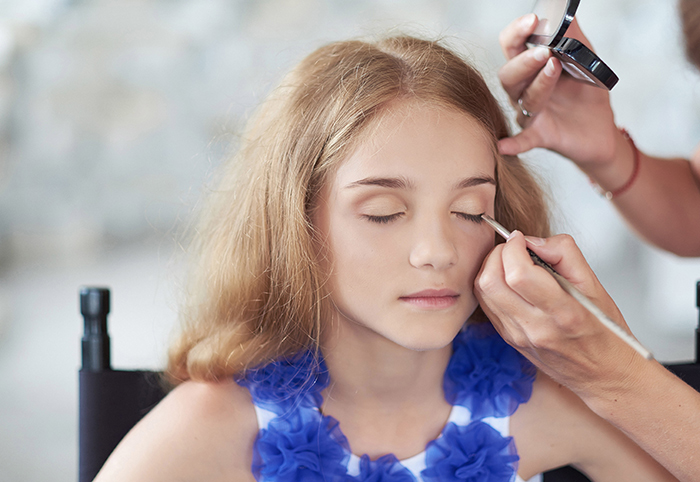 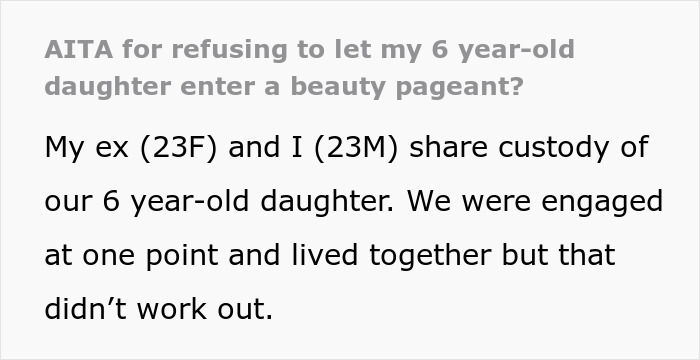 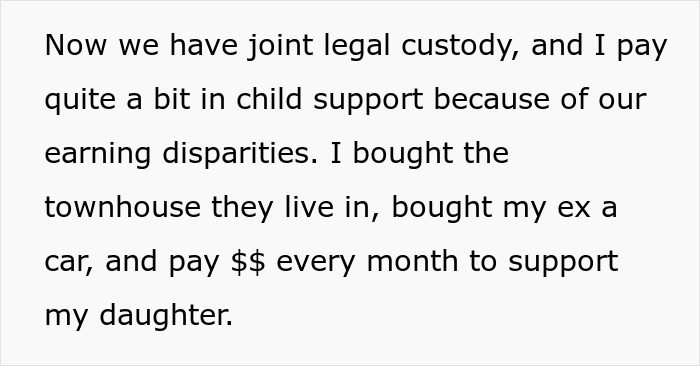 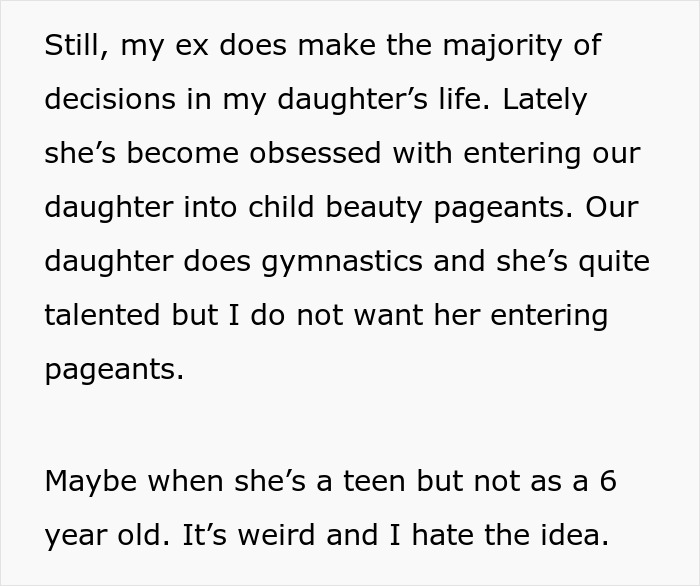 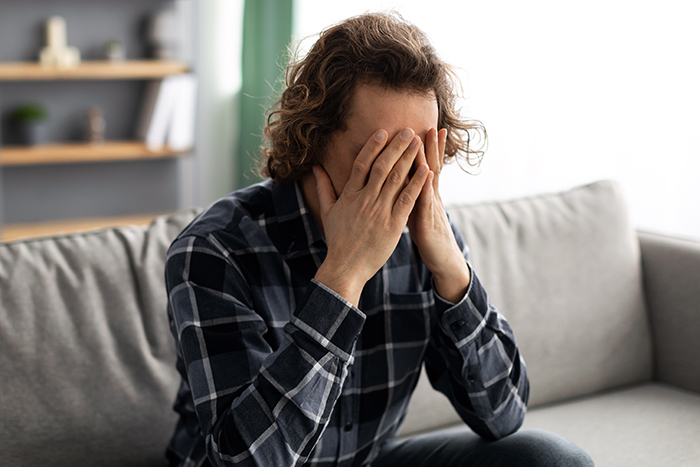 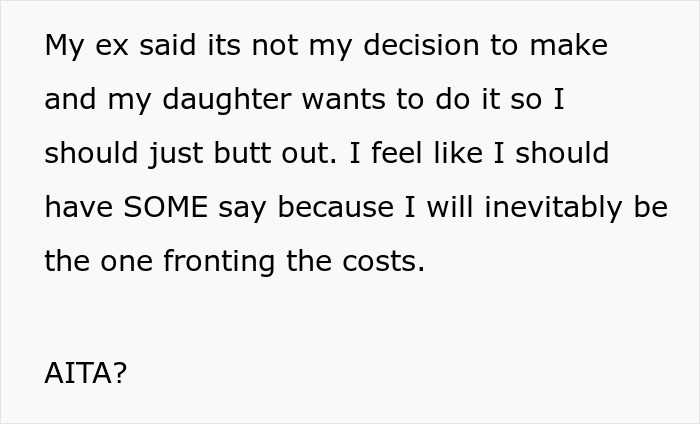 Pageants, in general, are a bit controversial, as they have been known to promote unrealistic beauty standards, place more emphasis on physical traits than internal qualities and have a negative impact on participants’ self-esteem. But when a woman is an adult, she can make an informed decision for herself whether or not entering a pageant is a good idea. When it comes to children, on the other hand, they likely have no idea what they’re getting themselves into. And do we really want to be teaching our young girls that the way to become valuable is to be pretty, answer questions diplomatically and walk across a stage smiling despite how uncomfortable their outfit and shoes are?

According to Dr. Allan Schwartz, LCSW, “Psychologists and psychiatrists largely agree that pageants, such as Toddlers and Tiaras, reinforce negative female body image issues that result in eating disorders such as anorexia and bulimia. As evidence of this, mental health experts point out the trend towards the onset of eating disorders at much younger ages than ever before. For example, beauty competitions emphasize the ‘Barbie doll’ image of what a beauty queen should look like. The trouble is that there is no way for a human being to look that way because it is so exaggerated.”

Young girls in pageants (yes, even 6-year-olds) are expected to be spray-tanned, wearing full faces of makeup, wearing wigs, wearing fake teeth and participating in rigorous beauty regimens that most adult women can’t afford (and wouldn’t be able to maintain regularly even if they could). Children should be allowed to run around and enjoy their childhood without feeling any pressure to look a certain way and be judged for how they look. Sadly, girls will hear plenty of opinions about their appearances once they grow up; there’s no need to subject them to that scrutiny from a young age.

Child beauty pageants are also notorious for sexualizing children. “The stereotyped thinking that females are sexual objects is detrimental to these kids,” Dr. Schwartz writes. “Their make up, clothes and types of dances all focus on being sexy. If you have any doubt about this, just watch [Toddlers & Tiaras] to see for yourself.”

When it comes to the father in this particular story, he has every right to be concerned about his daughter being entered in a pageant at such a young age, when it’s really not even up to her. It’s up to her parents to decide. Not to mention the fact that participating in pageants is an extremely expensive hobby. One mother of a Toddlers & Tiaras participant told Today in 2011 that entry fees for a pageant can be around $400, and the glamorous dresses can cost a whopping $4,000. “Costumes, they’re around $300 to $500. Coaching lessons are $50 a session, which is like an hour,” the mother told Today. “If you get into headshots, that’s super expensive. So it gets pretty expensive, not including your [hotel] stay and your gas and everything.”

Especially if he is going to be the one financially responsible for this new pageant hobby, this father is justified in wanting to have a say in whether or not his daughter participates. Perhaps, if the mother can afford to pay for it all on her own, the daughter can be allowed to enter pageants when she’s a bit older and can actually make the decision for herself. We would love to hear your thoughts on this topic in the comments below, pandas. Would you ever let your daughter enter a pageant? 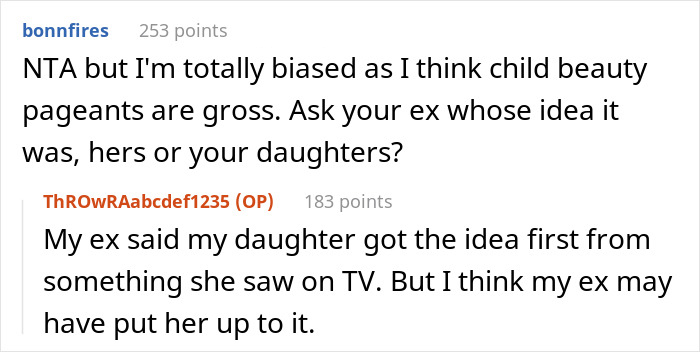 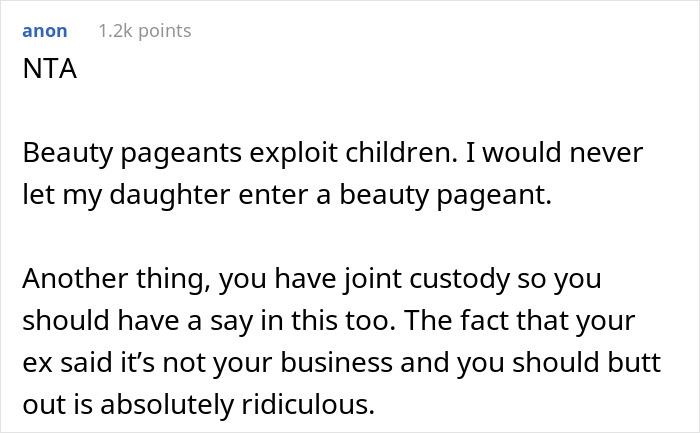 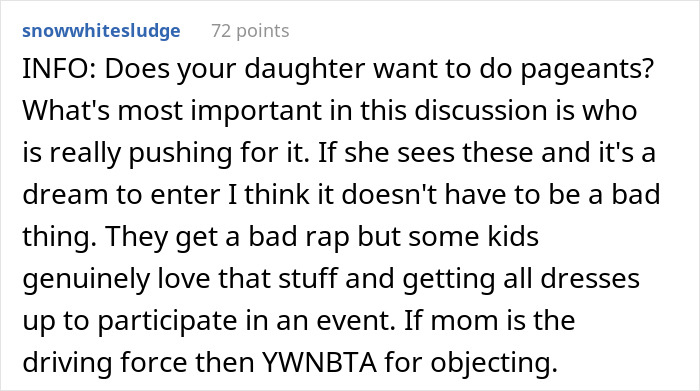 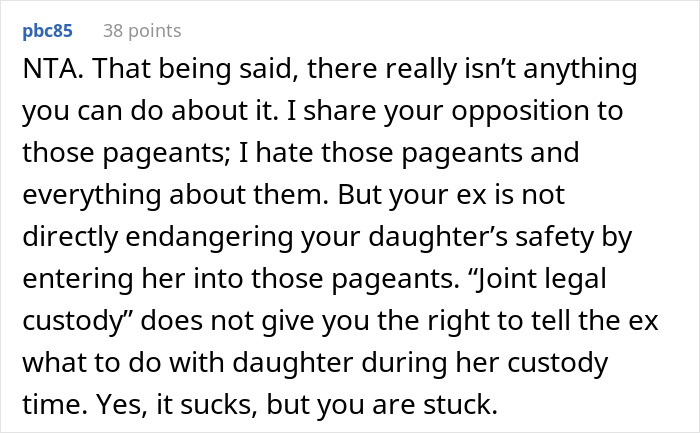 However, other readers weren’t sure what to think, nothing that the issue may be more complicated than we know 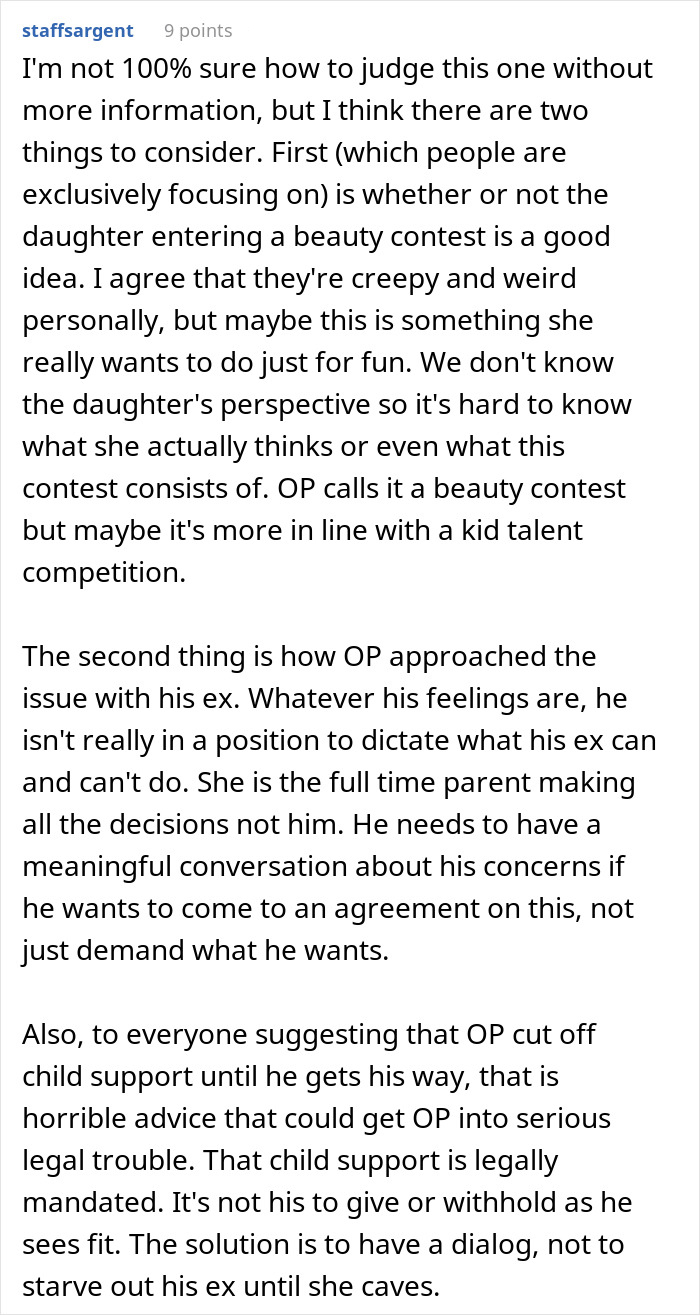 “Warning: This Page Will Ruin Your Childhood!”:...

Instead Of Covering Grey Roots, This Hair...