There’s a Lithuanian proverb that roughly translates to “Liars have short legs.” Meaning, eventually they get caught. This teenager is learning it the hard way.

When the 16-year-old got in trouble with her parents for disrespecting the family’s maid, she developed a cunning scheme how to get the lady fired. The girl secretly placed her iPhone in the maid’s bag and put up a show to convince her parents that it was actually a theft. (A- for creativity but an F in common decency.)

However, the teen’s plan had a major flaw. One that ultimately brought her to justice: she forgot about the secret camera in the house. When the cat was out of the bag, her dad, Redditor u/HallNum032 disciplined her one more time, only this punishment was more severe. He really wanted the girl to get the message.

But after a while, the man started doubting himself and turned to the internet to ask if he overreacted. Here’s what he wrote. 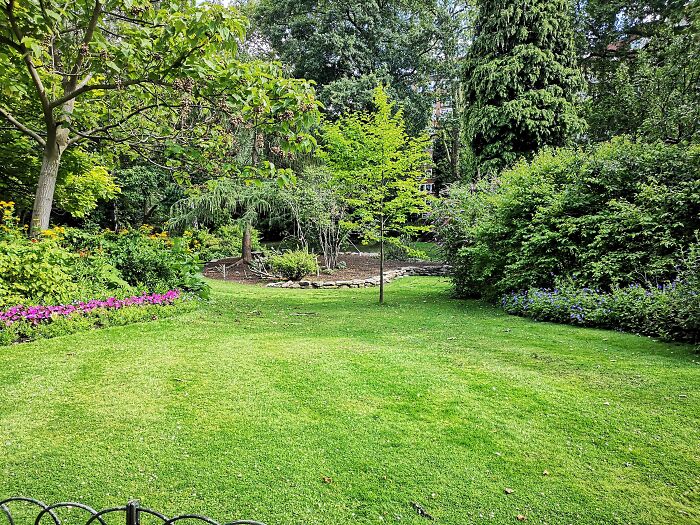 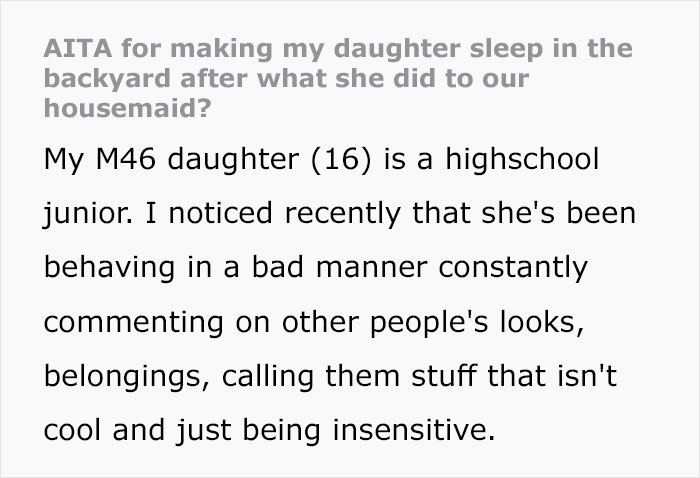 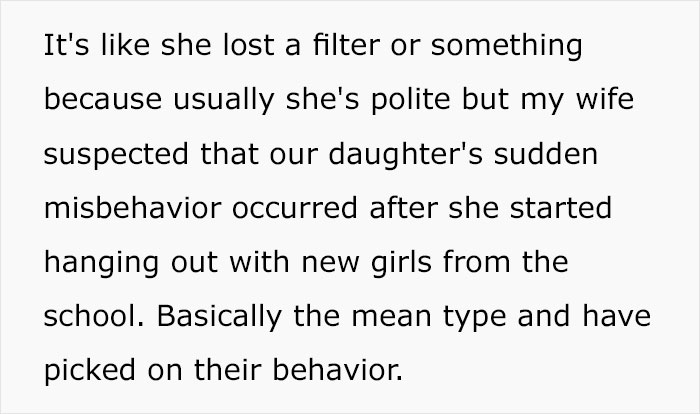 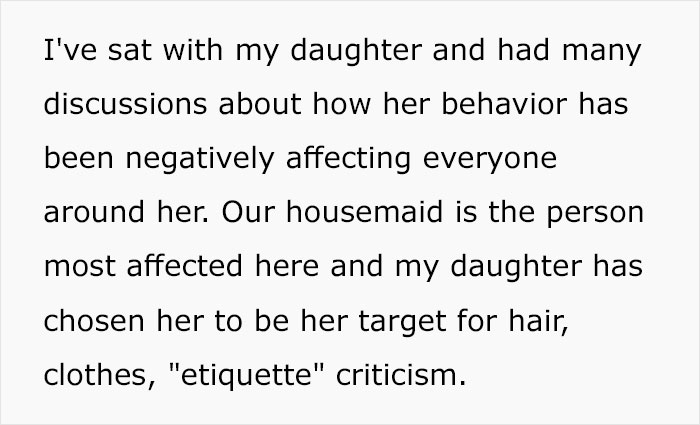 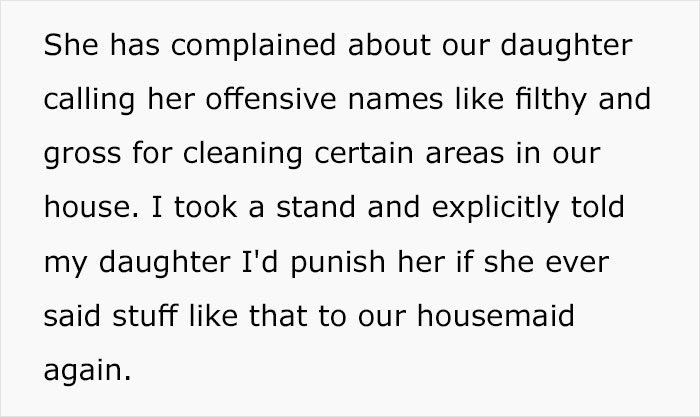 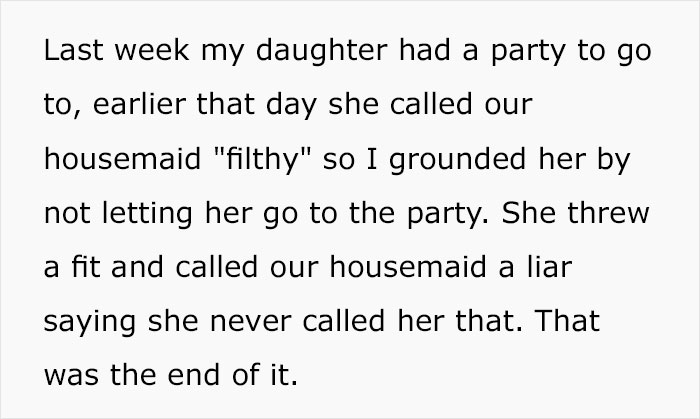 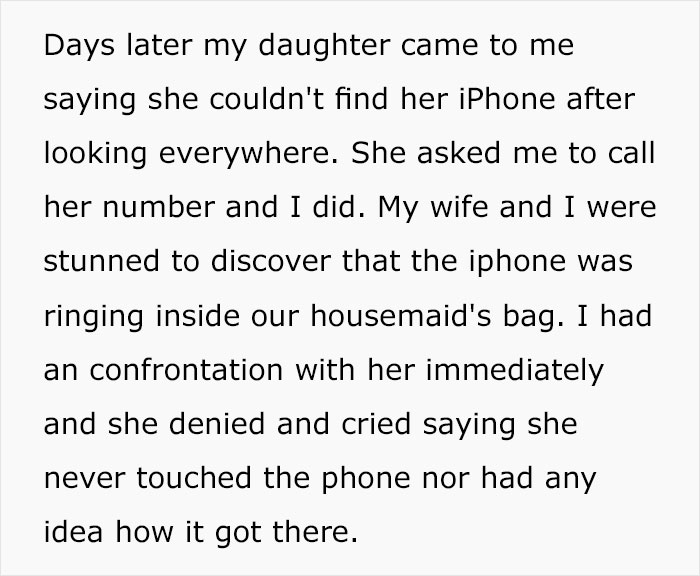 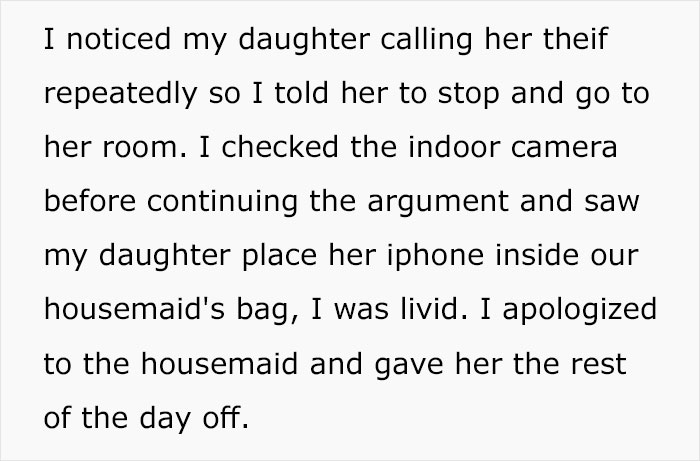 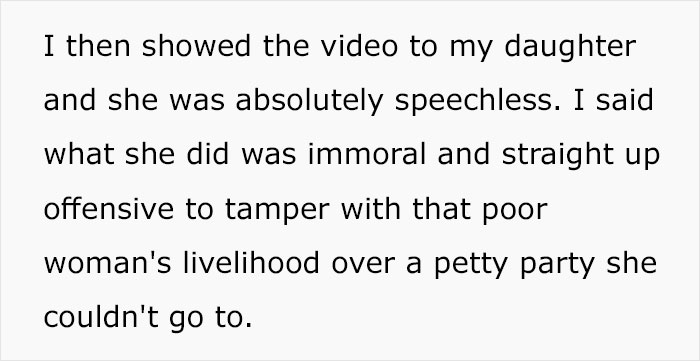 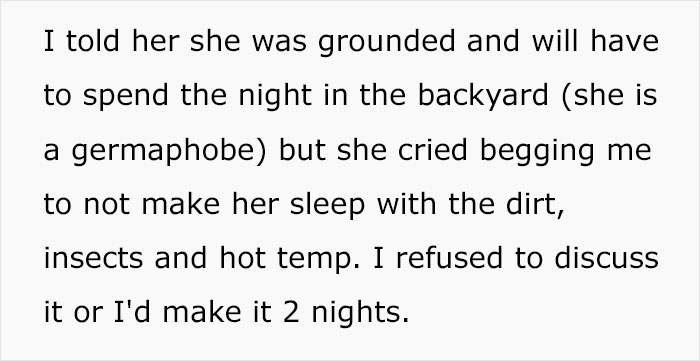 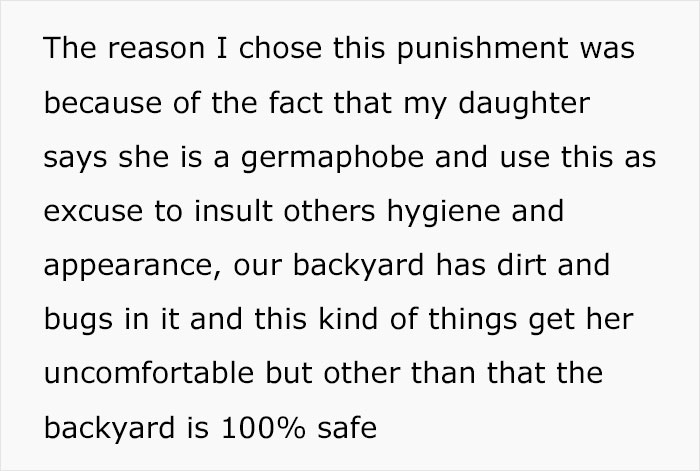 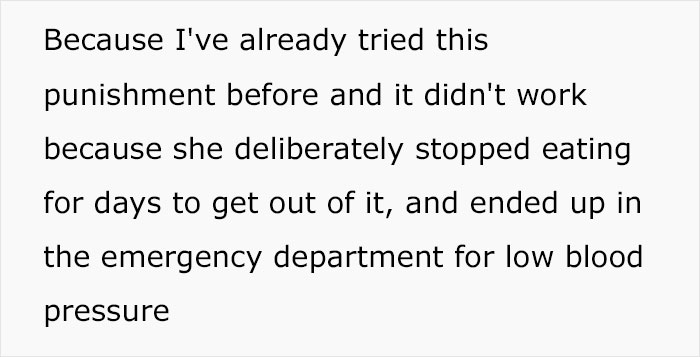 People think the dad was reasonable 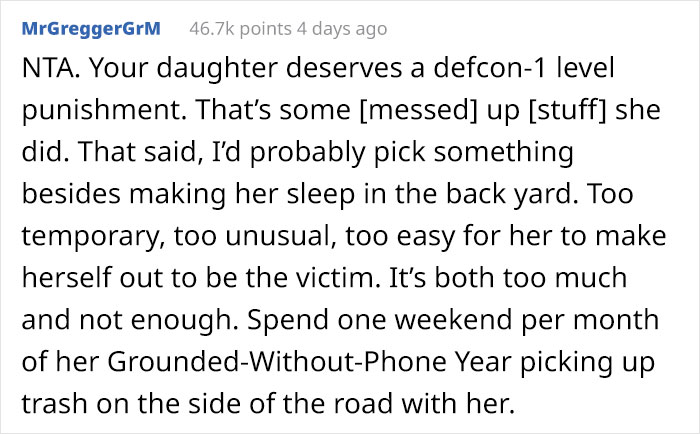 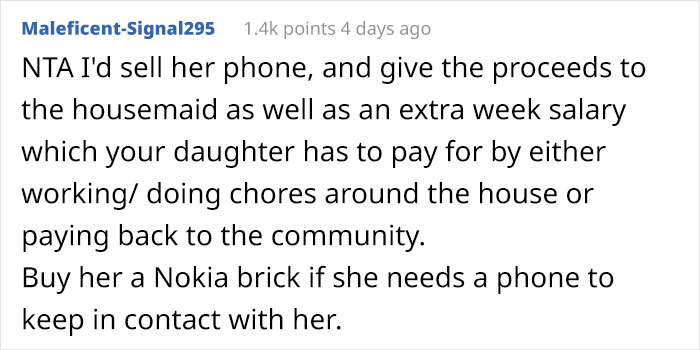 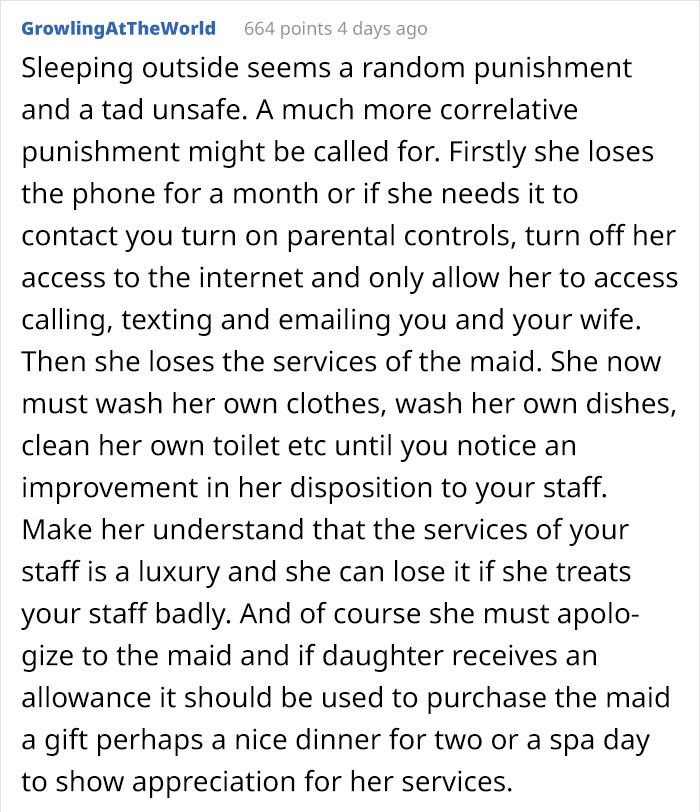 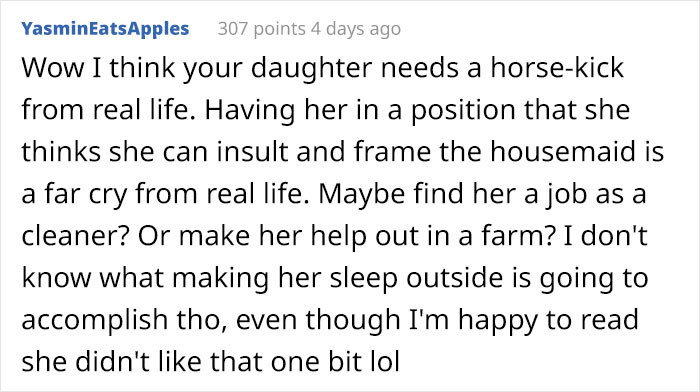 The post Dad Makes His Germaphobe Daughter Sleep Outside After She Tries To Frame Housemaid For Theft first appeared on Bored Panda. 4 Chlöe Bailey Reveals The Best Advice Beyoncé Has Given Her