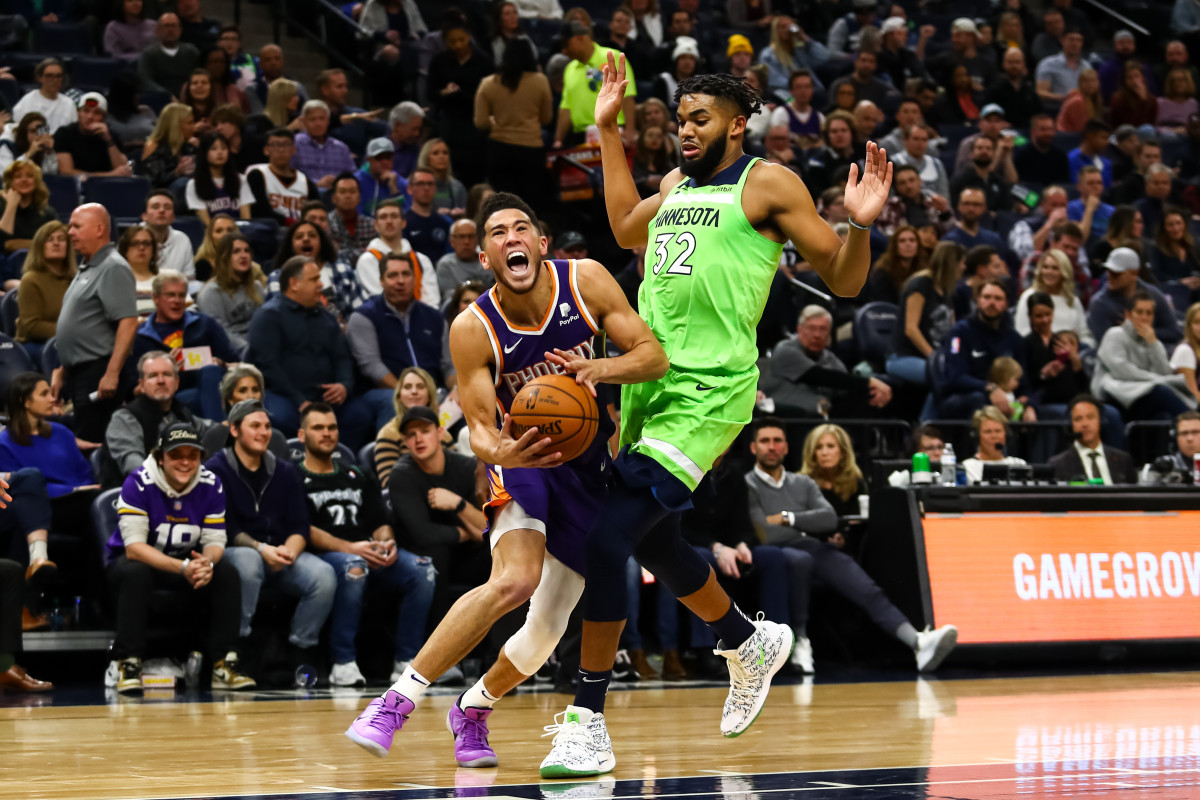 Devin Booker just made his first All-NBA team appearance in 2022 after the sensational regular season that the Phoenix Suns. Karl-Anthony Towns returned to the All-NBA team after 5 years, as the Timberwolves made it to the NBA playoffs behind KAT's sensational offensive performances.

The NBA incentivizes player contracts by offering them more money if they earn certain accolades. One of the biggest factors in whether the player makes an All-NBA team. Klay Thompson notably missed out on a super-max because he didn't make the All-NBA team in 2018/19, expressing his disappointment towards the voters for costing him money.

Booker and Towns both will be in the final year of the rookie contract extensions the 2015 Draft class signed next season. This All-NBA selection has enabled both players to possibly earn 4-year, $211 million extensions from their teams.

Looking at the Suns and the Wolves, giving these players these contracts seems like a no-brainer. Both are entering their primes and are proven in their ability. Towns has had injury issues, but when he is healthy he is one of the best centers in the NBA. Booker may have had a playoff meltdown against the Mavericks, but he is still one of the most coveted guards in the NBA.

The Wolves are young and have cap flexibility, but will have to contend with also paying players like Anthony Edwards. The Suns are capped out after extensions to Chris Paul and Mikal Bridges, with them possibly letting Deandre Ayton walk because of contract talks.

Either way, both these players will be getting paid a lot of money when it comes to their next contract, and both the teams better ensure they lock these stars up. Teams need to build with the guys they have drafted and developed, so Booker and KAT are looking likely to stay unless something major happens.

Online Education For Children: How To Ensure...