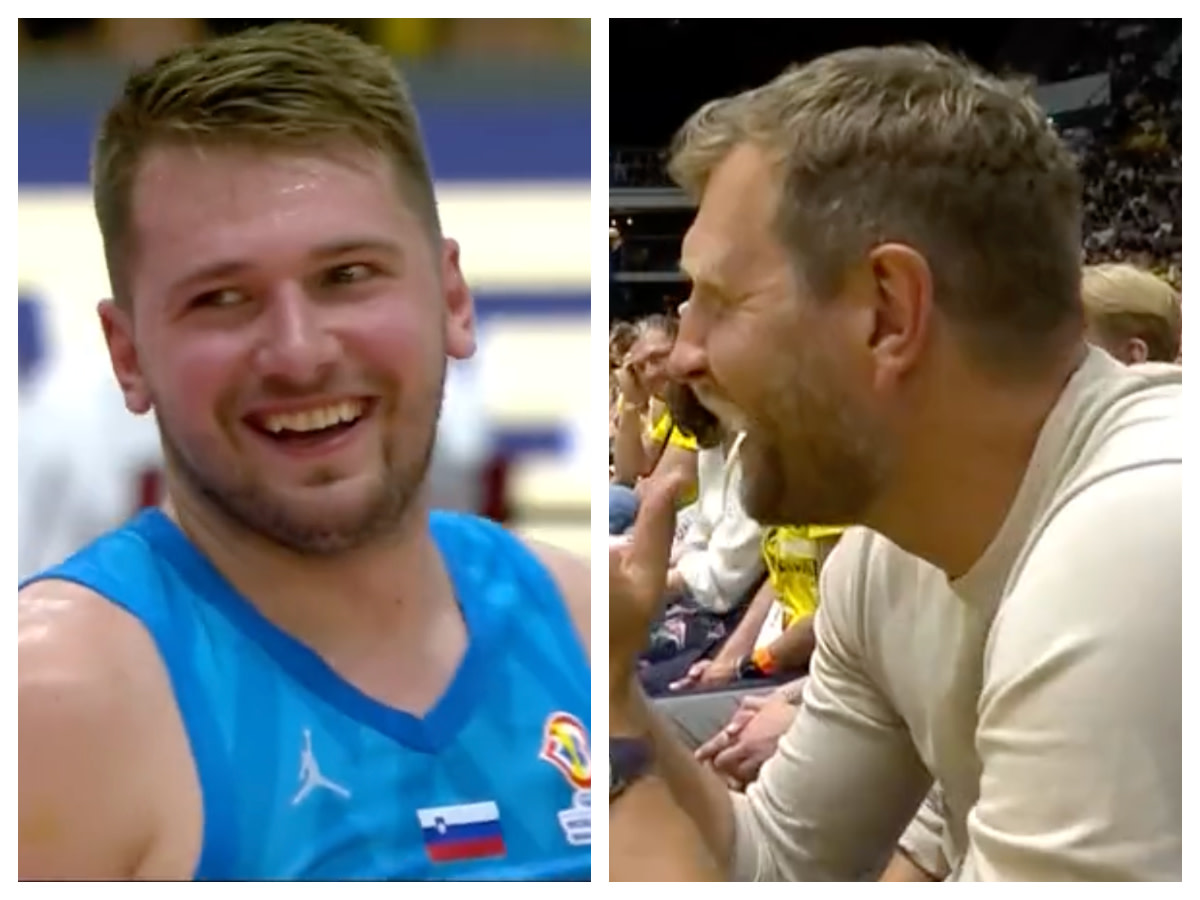 Most NBA stars have taken some time off following the playoffs, especially the ones that were a part of deep playoff runs for their teams. Some others are involved in free agency situations while others like Kyrie Irving and Kevin Durant are in the thick of the offseason trade drama. However, basketball season has already begun for Luka Doncic, who is representing Slovenia at the FIBA World Cup Qualifiers.

Doncic played against Sweden on Sunday, helping his team to a win. And it was even more special because he had his friend and former Mavericks superstar Dirk Nowitzki in attendance. Luka's fame has made him quite notorious now, and he regularly hears chants from opposing crowds directed at him, and the Swedish fans were no different, calling him overrated as he took some free throws.

What made the moment truly hilarious is the fact that Nowitzki also hilariously joined in on the chanting, calling Luka overrated. Doncic, who is a passionate character on the court, is also known to have a laugh time and again, which is exactly how he reacted to the chants.

He's also someone that it's a bad idea to rile up by heckling, as the Phoenix Suns discovered earlier this year. And true to form, Luka responded to the chants by dropping 30 points, 10 rebounds, and 6 assists on 50% shooting to help his team overcome Sweden.

Luka has now been named to the All-NBA First Team 3 times in consecutive years and he carried the Mavericks to the Western Conference Finals without another All-Star on his team, so calling him overrated is also having a bit of a laugh. If he can work on his conditioning and his defense during this offseason, then there is very little in the way of Luka being named MVP next season. When Larry Bird Trash Talked A Group Of College...