Doc Rivers Gives His Honest Thoughts On The Ben Simmons Saga: "I’ve Completely Moved On From It...” 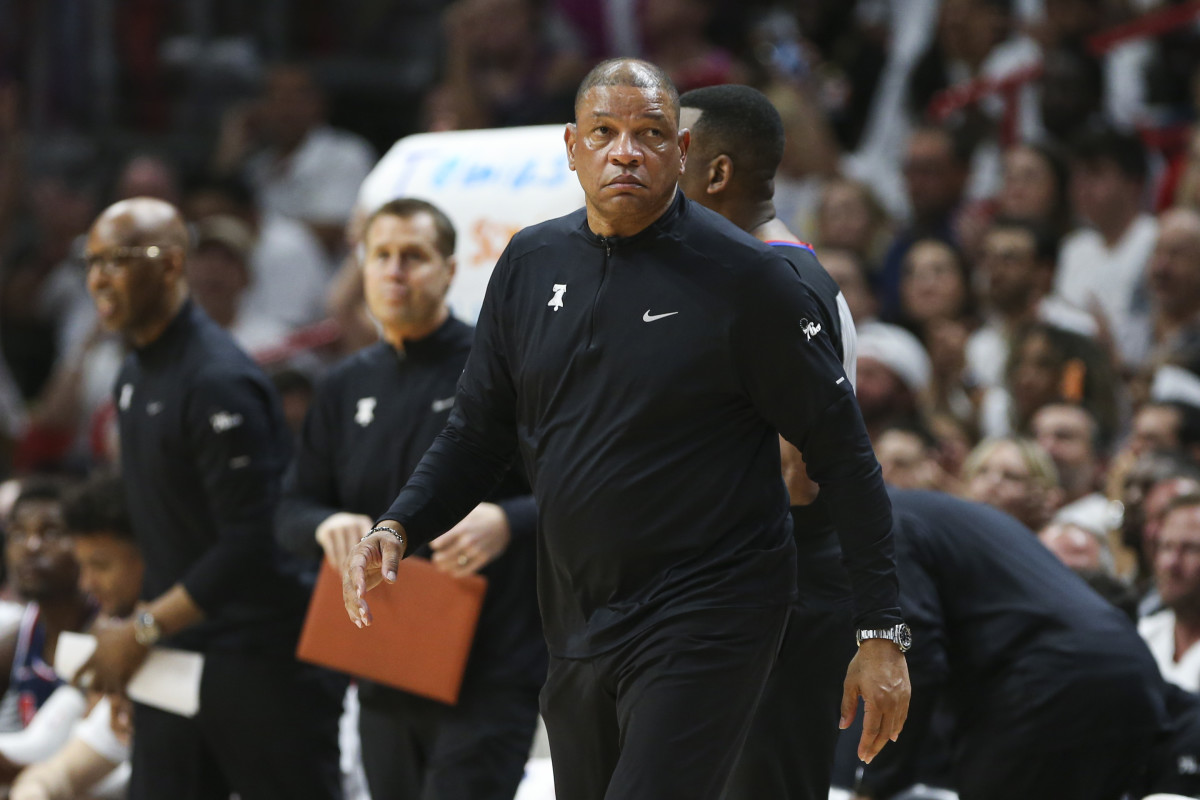 Legendary NBA coach Doc Rivers has been through quite a chaotic experience in Philadelphia. After securing the job in 2020, he led the Sixers for a while before it all blew up in his face last summer.

Basically, things turned sour with Ben Simmons and he held the franchise hostage for months as he angled for a ticket out of town. Eventually, he got his wish and was traded as part of a huge blockbuster deal involving James Harden.

But just because the whole thing is over doesn't mean that Doc is done hearing about it. In fact, he had to get blunt with reporters this week after they asked him about Ben and his role with the Brooklyn Nets.

In an appearance on NBA Today, the veteran coach didn't hold back his feelings on the topic of Ben Simmons.

“I really didn’t watch him (Ben Simmons), I was watching our guys,” Rivers said on NBA Today. “Having said that, Now listen, I wanted him to do well but he’s no longer a Sixer, so I’ve completely moved on from it.”

For those that might have missed it, things may have gotten a little personal between Rivers and Simmons during the last stages of their time together. Back in February, he said this about Ben and the ordeal:

"It's all posturing. That's why you haven't heard me – I don't get involved in all that stuff. I'll leave that up to the front office and Ben's camp. I'm staying out of that part," said the coach. "But, listen, some of this stuff I laugh at and I feel bad. I think Ben's a good kid. I want Ben to do well. We need people to tell us the truth," Rivers said. "Unfortunately as a coach in the NBA, I have to do it a lot. I've accepted it as a coach over the years. Some handle it well (and) some don't. Sometimes I don't deliver it well, even though I try. I'm not perfect, either."

"At the end of the day, everything I try to do is about winning. The people who can handle that, can handle me very well. The people that can't, probably don't handle me well. And I don't lose an ounce of sleep over it."

Clearly, there was some bitterness and resentment being felt on both sides and it's a shame that things had to end in such an ugly way.

But with Simmons finally out of the picture, maybe Doc Rivers, Joel Embiid, and James Harden can finally find some success leading a new age of Philly basketball.

Either way, we will find out soon enough what the future has in store. NBA GMs Pick The Milwaukee Bucks As The Title...