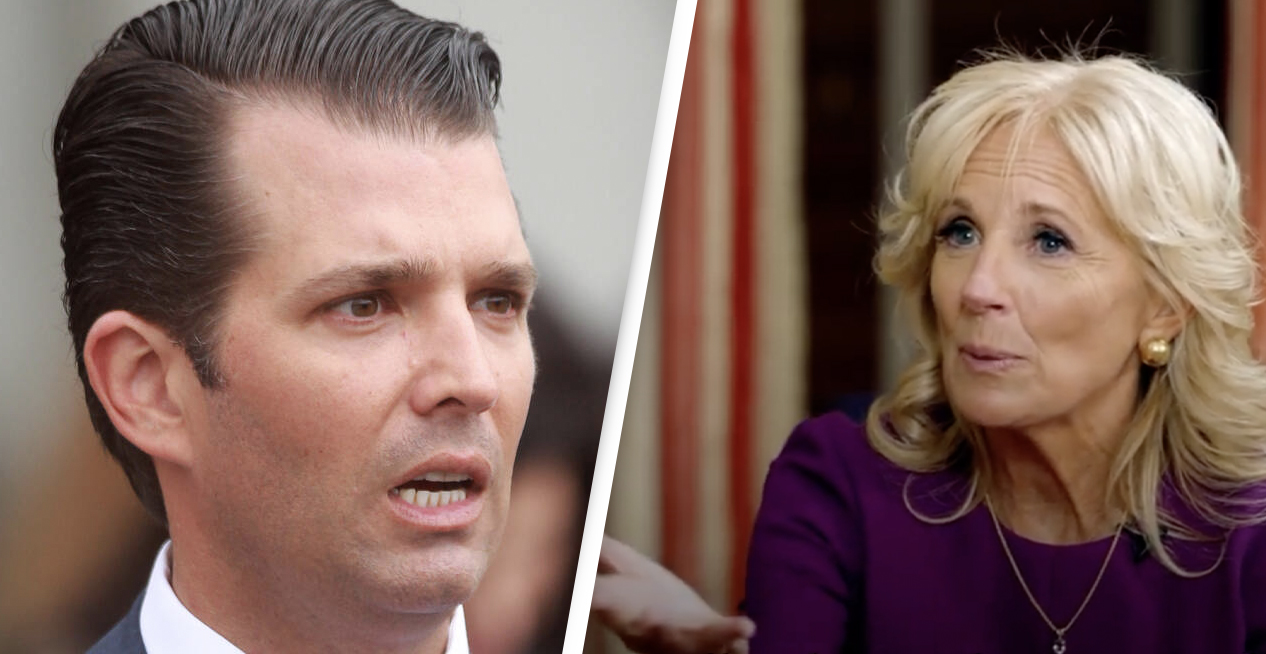 Jill Biden’s Christmas display for the White House has been called out on social media by Donald Trump Jr, who says it’s a sign the United States could turn into a ‘s-hole country’.

Donald Jr took to Instagram to reflect on what Biden’s festive décor supposedly says about the US as a country.

Drawing comparisons between Biden’s decorations and those of his mother, Melania Trump, the 43-year-old called on followers to apologise if they had ever criticised the latter. When the current first lady first unveiled her handiwork on Tuesday, November 30, she explained how she had decorated rooms in the White House to ‘reflect the Gifts from the Heart that unite us all’.

Alas, Donald Jr. appeared to not feel the same festive spirit. Despite Melania’s decorations having proven unpopular in the past, Donald Jr. seems to think they definitely deserve more credit.

If we lower our expectations any further we’re gonna turn into an S-hole country.

The post has since amassed more than 200,000 likes and 8,000 comments, with users weighing in on which decorations they liked more. One said, ‘I’ve seen nicer displays in retail – much nicer. This is garbage.’