Draymond Green Hilariously Roasts Kevin Durant's Ankles: "It Looks Like You Could Go F*cking Skin Him Like An Alligator." 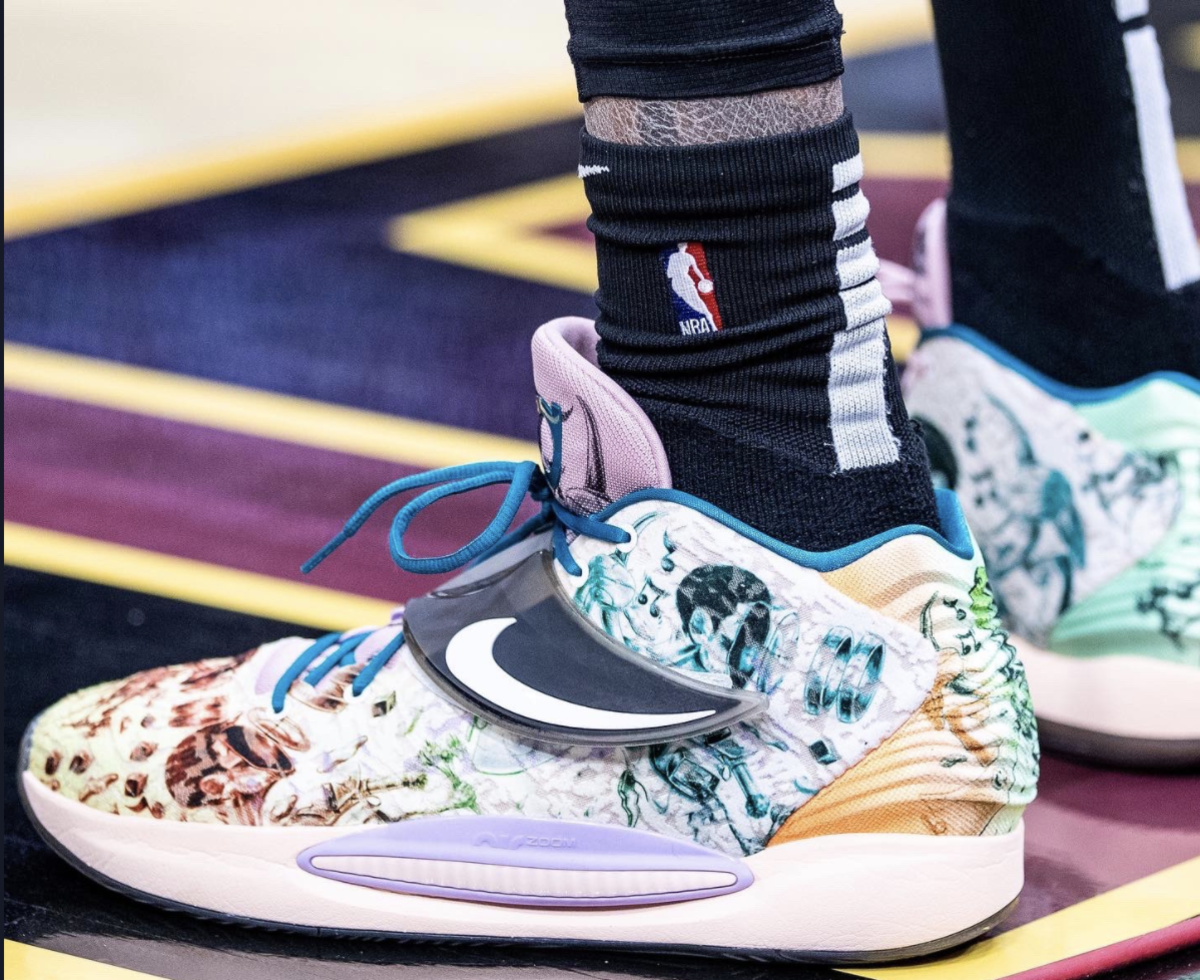 Nets superstar Kevin Durant has embraced social media more than most other players. Whether it's on Twitter or Instagram, KD is known for engaging and interacting with fans on a regular basis.

But, on Monday, the 2x Champion found himself on the receiving end of some rather harsh slander, mostly targeted at his ankles.

This is the picture that got everyone riled up:

Funnily enough, Durant did respond to the message, issuing a one-line Tweet amid the roast session:

But perhaps the funniest part of the story was a quote from Draymond Green, who shared the details of his immediate thoughts after seeing the viral picture for himself:

'"Bam sent me the picture and said, 'There's no way K is this ashy.' And I said 'what the f*ck.' And then I clicked on the link Bam sent me. That wasn't even ash that was f*cking scales. Like, I mean it looked like you could go skin him like an alligator and take it to the store and sell it. That's how bad it was."

He also hilariously suggested that Durant should go and partner with a lotion company for the 'incredible' story.

"I have not talked to Kevin yet, but I am looking forward to calling him today and getting his opinion. I know he gonna say 'f*ck y'all' 'Why y'all worried about my ankles.' I already know what his response is gonna be. To my brother Rich Kleiman, pick the lotion brand that y'all want to endorse and go partner with them because that'll be an incredible story."

Draymond and Durant are good friends, so they've probably already shared a laugh at the whole thing.

On the court, lotion or not, KD is just as dominant as he's always been and that's good news for both Nets fans and the NBA.

Seriously though, someone needs to slap some Vaseline on those ankles...