Elon Musk Tweet Causes Yet Another Surge In Dogecoin 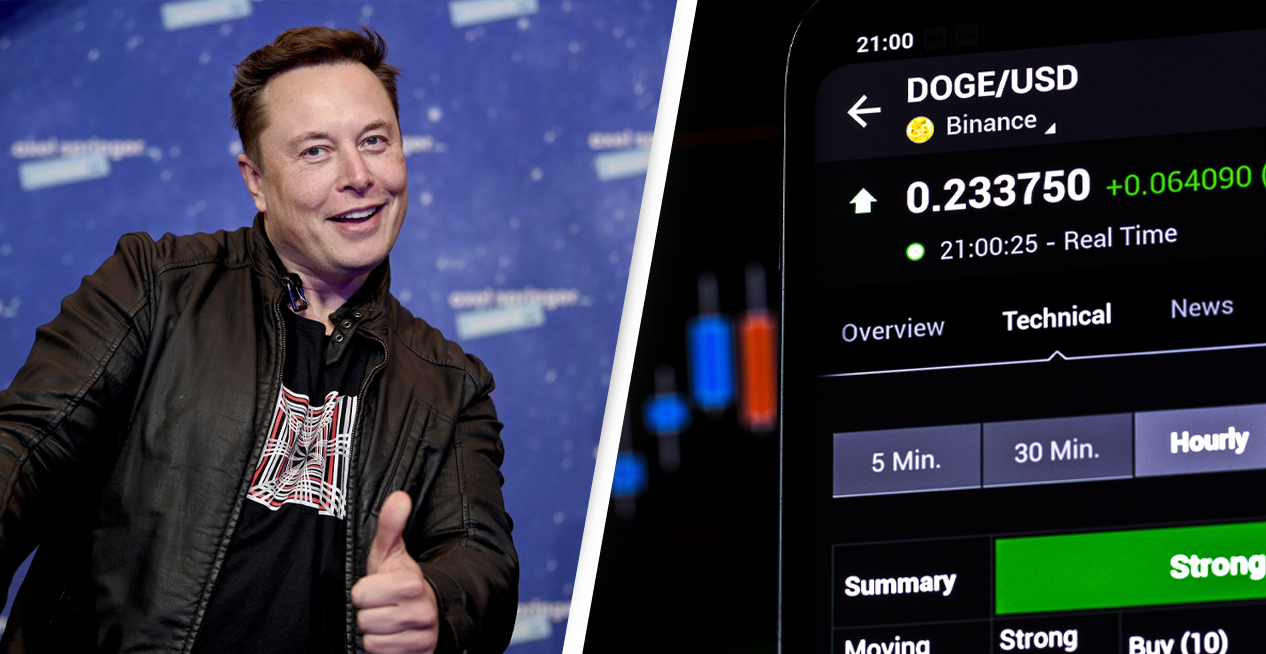 Musk has long been a proponent for Dogecoin, the cryptocurrency that emerged from the ‘Doge’ meme, with tweets posted over the past year or so touting the benefits of the crypto and promising that he would put ‘a literal Dogecoin’ on the ‘literal moon’.

The SpaceX founder’s support for the digital currency has got many people to get wrapped up in its journey up and down the stock market, and investors or not, many of Musk’s fans are now keen to see exactly how far the meme-inspired currency will go.

Today, with Musk’s help, Dogecoin received a boost on the stock market after the entrepreneur took to Twitter once again to announce that the cryptocurrency could now be exchanged for Telsa merchandise.

Or, as Musk put it, ‘Tesla merch buyable with Dogecoin.’

Those five words were enough to send some investors into a frenzy, with Market Watch reporting that Dogecoin surged by 14% to $0.198893 following the tweet. The surge comes in contrast to modest losses for Bitcoin, which is down -1.56%, and across many other cryptocurrencies currently on the market.

Musk first announced plans to allow customers to buy Tesla products with Dogecoin last month, when he tweeted that the electric carmaker would ‘make some merch buyable with Doge & see how it goes’.

Now the plan has been put into motion, Tesla has updated its website to include Dogecoin pricing on some of its merchandise, including a cyberwhistle for 300 Doge and a Cyberquad for children for 12020 Doge.

It comes after Tesla revealed last year that it had bought $1.5 billion worth of Bitcoin, with Musk announcing in March that customers could ‘now buy a Tesla with Bitcoin’.

The company backtracked on the idea just two months later, with Musk releasing a formal statement that explained that Tesla had ‘suspended vehicle purchases using Bitcoin’.

The statement continued, ‘We are concerned about rapidly increasing use of fossil fuels for Bitcoin mining and transactions, especially coal, which has the worst emissions of any fuel. Cryptocurrency is a good idea on many levels and we believe it has a promising future, but this cannot come at great cost to the environment.’

Only time will tell whether the use of Dogecoin on Tesla products will last longer than the offer of using Bitcoin, but at least investors have benefitted – for now – from the announcement.

tweet causes another surge dogecoin
Read The Rest at
unilad.co.uk

Ostrich Cells Used To Make Masks That Glow When...

Verana Health, which unlocks insights from...