Employee Gets Refused 3 Weeks’ Time Off For Honeymoon, Cues Malicious Compliance That Gets His Manager Into Trouble A lot of people understand that maintaining a healthy balance between private life and work is quite challenging. It’s nice if the workplace is the kind that understands this and provides people with the possibility to take some time off when needed. It is known that a happy and rested employee is more productive and brings better results to the workplace. However, this scenario is not always the case, or at least that’s what happened to Reddit user @WhoSc3w3dDaP00ch, who decided to share how his boss made an impact on him leaving the company to enjoy his time with his wife, showing that prioritizing one’s work is rarely an option when wanting to maintain a healthy life balance. 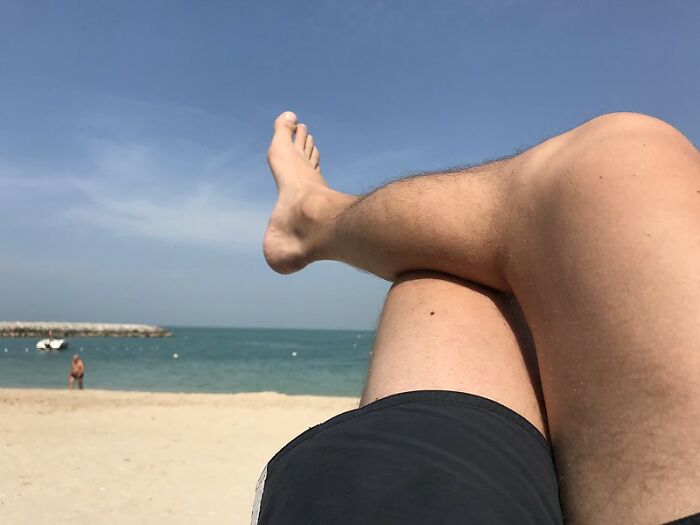 The narrator started his story by telling that his boss very often neglected his work duties and didn’t reply to emails, which resulted in him missing out on important meetings. The boss very often was not around because he played golf with his clients. Because of how unreachable the boss was, other employees would then contact the narrator so he could help them out. The man also shared that before getting married, he requested three weeks off as he was planning to go on a honeymoon. The boss knew about this as he was also aware of the engagement and the fact that the employee asked the time off 2 months in advance.

The man knew that contacting his boss was kind of a challenge as he usually would ignore his messages, emails, and various reminders 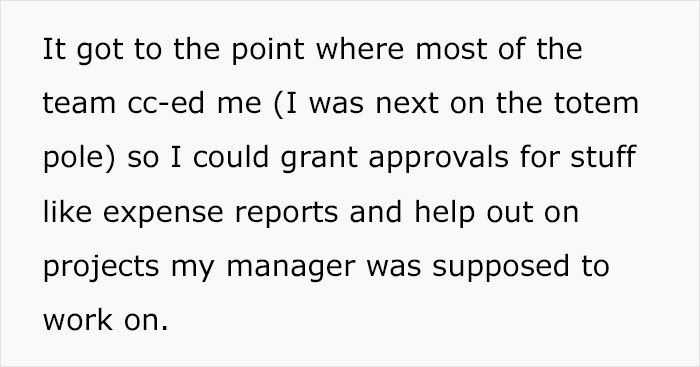 However, soon, the employee received an email stating that his vacation request was denied. This led him to immediately contacting his boss, trying to find out what happened. After a week of trying to contact him, the boss told the employee that if he thought that he could allow himself to take that much time off, then he should re-think his “position” in the company. This is when the narrator decided to quit the job and informed his boss about his decision.

Having in mind how important it was for the employee to get 3 weeks of vacation, he asked for this 2 months in advance 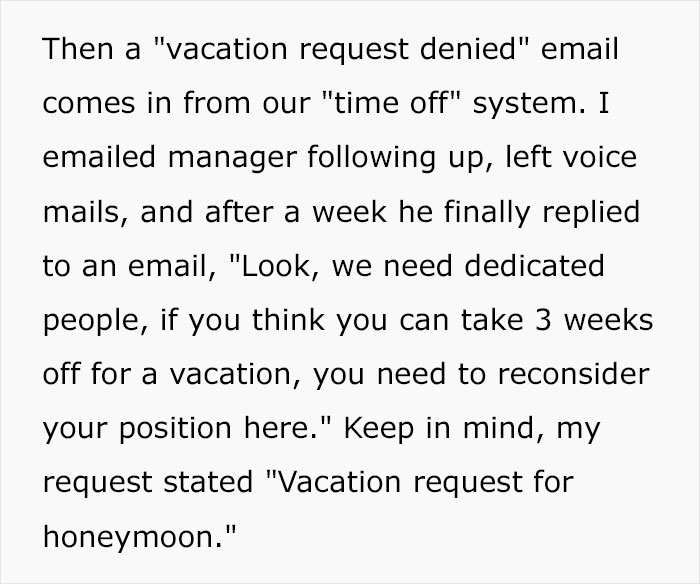 The man was serious about his decision: when he wrote the resignation letter, he also added responsible people from HR, asking them to prepare a transition plan so that the remaining employees would know what to do once he was gone. As time passed, the boss didn’t seem to take the initiative and make sure that the company would be prepared for the employee to be gone. 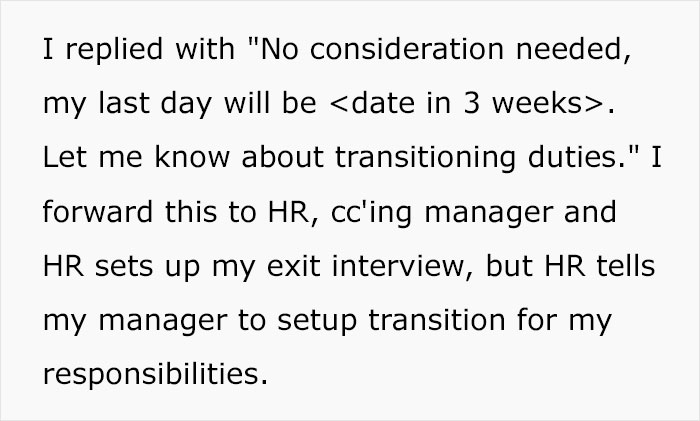 After four weeks, the now-ex-employee received a call from his boss asking when he’d show up. The man explained that he had left the company and that it wasn’t his fault that the boss didn’t read all of the emails and didn’t find time to catch up on updates happening the workplace. The ex-employee then continued by blocking the manager’s phone and informing HR about the incoming calls from the manager.

Turns out, the boss didn’t know and wasn’t prepared for his employee’s resignation 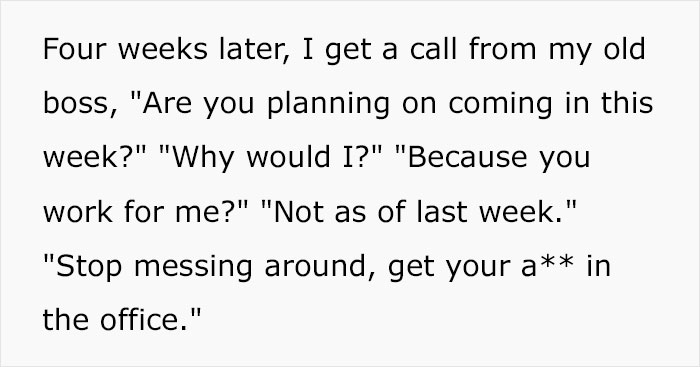 The original poster then continued by revealing what happened to his former boss. Apparently, his lack of hard work and negligence caught up with him as he no longer had someone who would do his work for him. It also turned out that he wasn’t playing golf with clients, well, at least not with the clients, so this ended with him losing his job and severance pay. The ex-employee, on the other hand, was able to find a better workplace with higher pay. The man shared that this story happened back in the 2000s, and he is still happily married to his wife, proving that it was the right decision for him to choose his personal life over the toxic workplace.

The man was glad that after taking the risk to leave the work, he was able to find a better position with a higher pay and better management 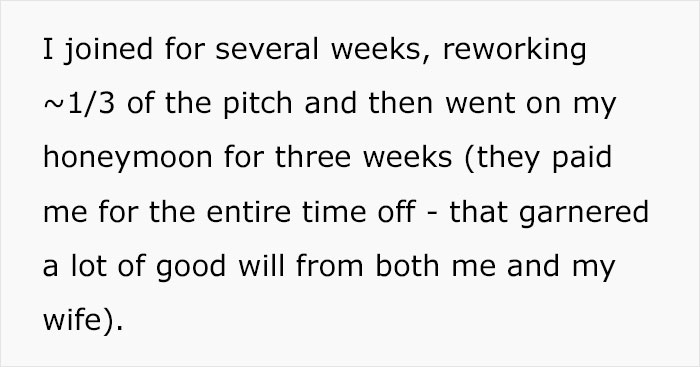 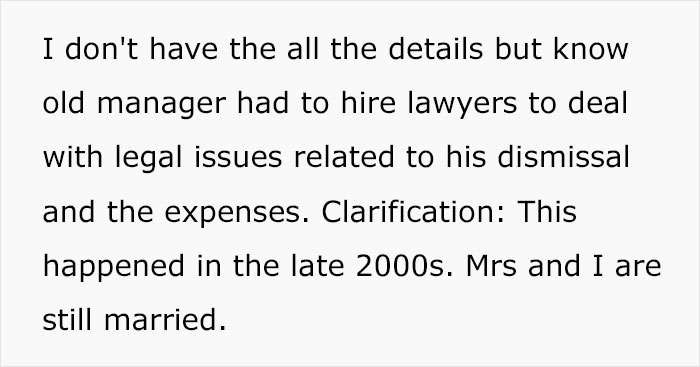 People online were happy to hear that in this case, the boss got what he deserved and that his lies and carelessness were caught. A lot of them were discussing the problem of people very often not being able to get any time off, making them to go to such extremes as to either choose to go without a vacation or leave the workplace all together. What do you think about this situation? Don’t forget to leave your thoughts and suggestions in the comments down below! 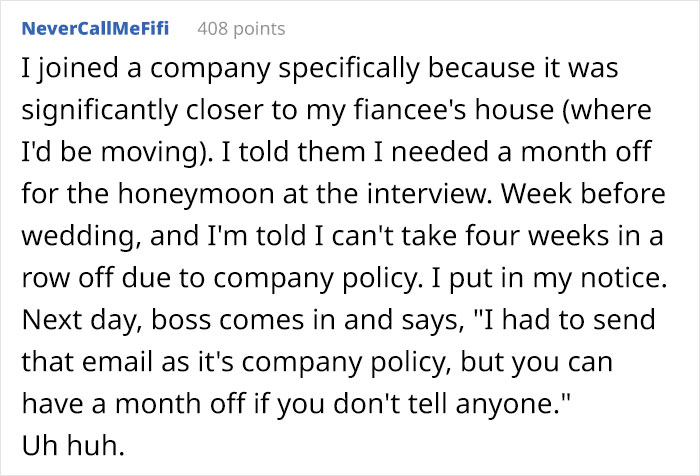 The post Employee Gets Refused 3 Weeks’ Time Off For Honeymoon, Cues Malicious Compliance That Gets His Manager Into Trouble first appeared on Bored Panda. Woman Asked For Help On Social Media After...