ABC, CBS, and NBC have been without coverage for Black Lives Matter since Thursday. 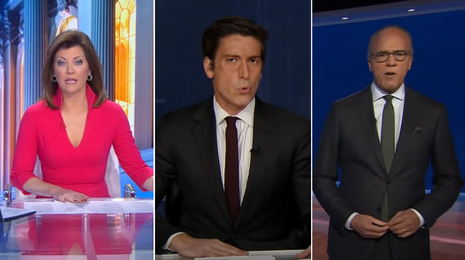 The Black Lives Matter Global Network Foundation (BLMGNF) plastered a Black Friday post on Instagram that told followers to celebrate “#BlackXmas” “Skip the Black Friday sales and buy exclusively from Black-owned businesses.” More explicitly, the post spewed that followers should “#BankBlack – Move your money out of white-corporate banks that finance our oppression and open accounts with Black-owned banks.” But that’s not all: “White-supremacist-capitalism uses policing to protect profits and steal Black life,” the post screeched. The BlackXMas website specifically calls for “no spending with white companies from 11/26/2021 – 01/01/2022.”

Given that the BLMGNF is reportedly “the primary organizational outgrowth of the more decentralized Black Lives Matter movement,” such promotion of wanton racism should be newsworthy, but apparently not for ABC World News Tonight, CBS Evening News and NBC Nightly News. All three networks have ignored BLM’s anti-white racism on Instagram through their Nov. 26, Nov. 29, Nov. 30 and Dec. 1 broadcasts. 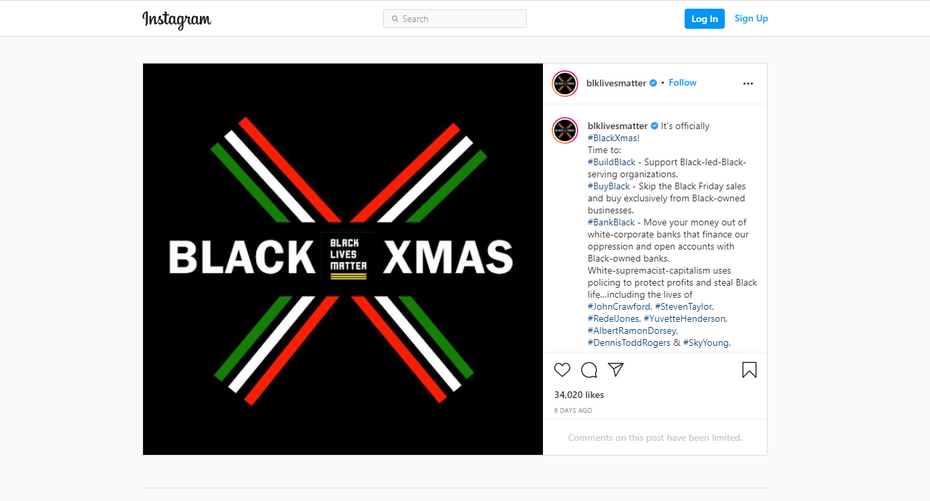 Covering up for BLM’s extremism has proven to be a particular niche for the Big Three. When New York City’s BLM Leader Hawk Newsome had threatened his group would bring “riots,” “fire,” and “Bloodshed” if Mayor-elect Eric Adams (D) tried to bring back the “anti-crime” unit, the Big Three censored the news and instead chose to tout snow in the Midwest.

But it turns out that the ABC, CBS and NBC evening news shows will report on BLM’s antics if doing so can be twisted to serve their own left-wing political agendas. All three networks used airtime on Jan. 7, the day after the Capitol Hill riot, to push an asinine claim that D.C.-area law enforcement went lighter on President Donald Trump’s supporters than they did with BLM.

Nonsensical BLM censorship by the Big Three appears to have no limits. When BLM and Antifa protestors had taken over a seven-block section of Seattle in June 2020, and declared it to be the “Capitol Hill Autonomous Zone,” the ABC, CBS and NBC evening news shows turned a blind eye to it for days.

And it doesn’t stop there. A NewsBusters analysis in July revealed that the Big Three covered up the violence during nearly 50 days of BLM protesters clashing against federal agents at a Portland federal courthouse.