F**k 12: Black Man’s Head Smashed Into Sidewalk Several Times By Chicago Cops For “Having A Shocked Look On His Face” [Video] 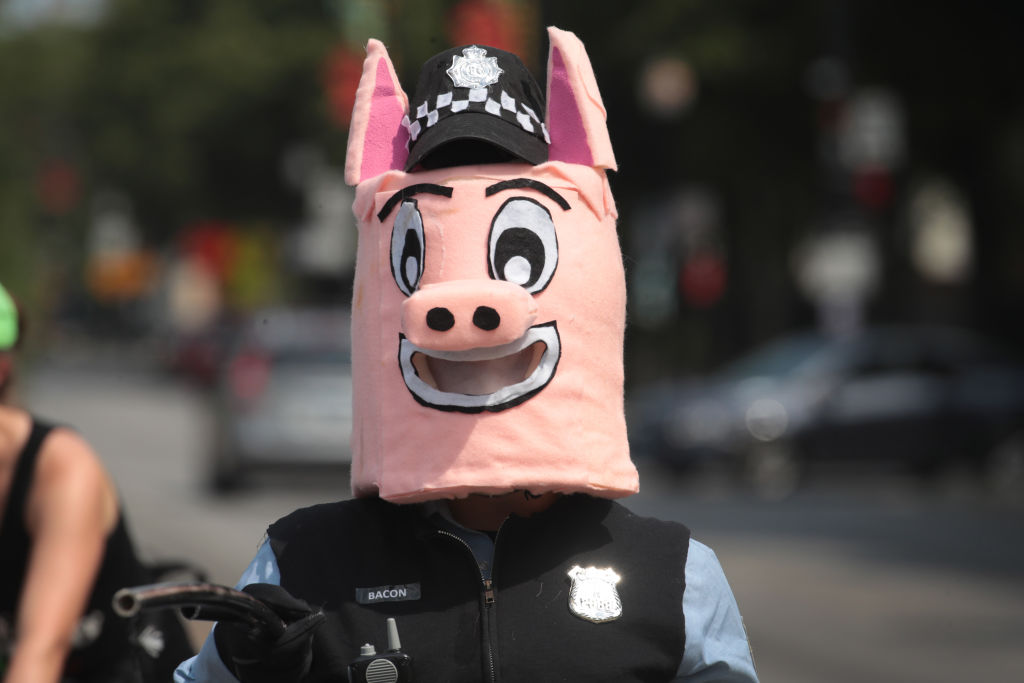 It should come as no surprise to any police officer as to why the community-at-large doesn’t support or applaud them. They expect the public to revere and value them after all the brutality and civil rights violations that we see from coast to coast on an almost weekly basis? They got us all the way f***ed up.

According to a new Atlanta Black Star report, a Black Chicago man has filed a federal lawsuit against the local boys in blue after he was viciously assaulted by a pair of officers who should be fired and probably arrested immediately. Last August, Leroy Kennedy IV was accosted by a pair of cops while walking in Humboldt Park. Let the police report tell it, Kennedy “had a shocked look on his face” when he noticed the officers. Those officers took his “shocked look” as a license to slam him into a brick wall and smash his head into the sidewalk multiple times.

“It left me feeling traumatized. Man, I ain’t gonna lie. You get nervous. You get even more nervous once you see the police,” Kennedy said. He said he suffered a concussion and injuries to his face, hands and wrists.

Kennedy spent four days in jail for no reason following his assault. He had not committed any crime when he was assaulted. He was only walking to the corner store. Body camera footage of the incident has been obtained by Chicago’s ABC7.

We hope this young brotha gets every single dime and that these cops are fired, arrested, and sent to the worst prison they could possibly be sent to for some good ol’ karma.