Fans Blast Lakers Defense After They Lose To Clippers: "Let's Leave Them Open Every Single Possession And Hope We Win." 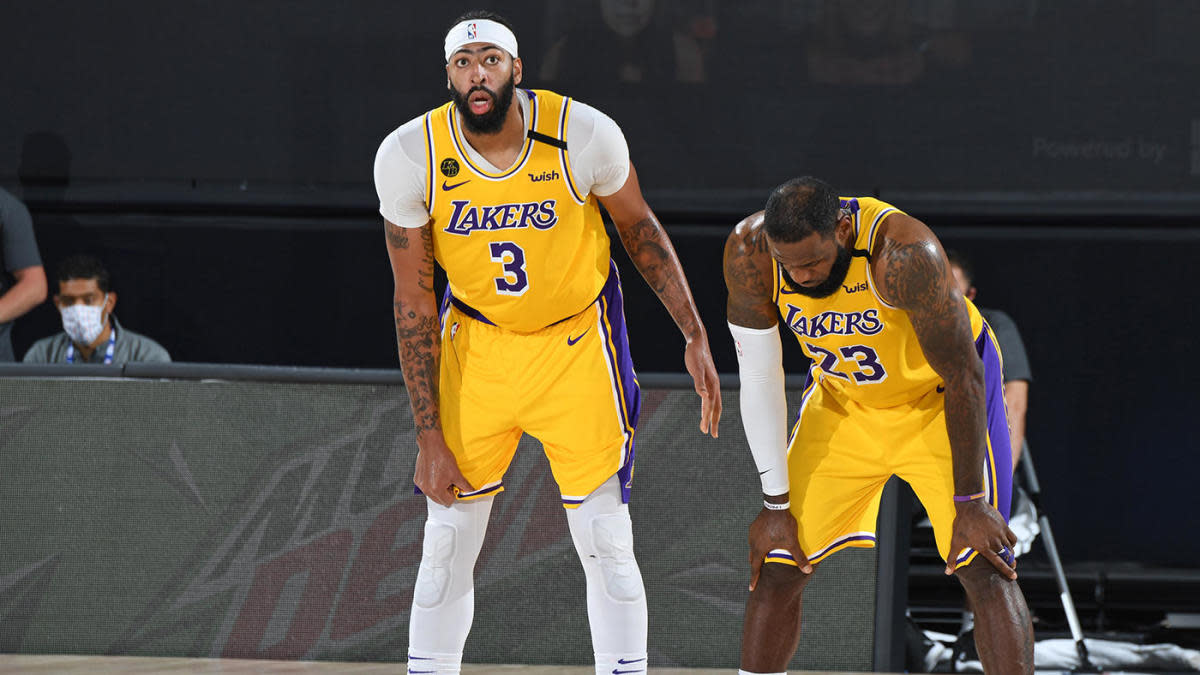 The Los Angeles Clippers and the Los Angeles Lakers have recently faced off against one another in a "battle of LA" type matchup. The two teams are city rivals, and there's no doubt that this was a highly anticipated matchup by fans of both franchises.

Many expected the Los Angeles Lakers to win. It makes sense, as the Lakers sport three All-Stars in LeBron James, Russell Westbrook, and Anthony Davis. Meanwhile, the Clippers simply have a lot of wily veterans flanking their star in Paul George.

NBA Fans reacted to the loss, with many criticizing the Los Angeles Lakers for their performance. In particular, many blasted their defensive effort, noting that the Lakers often left shooters for wide-open 3PT shots. 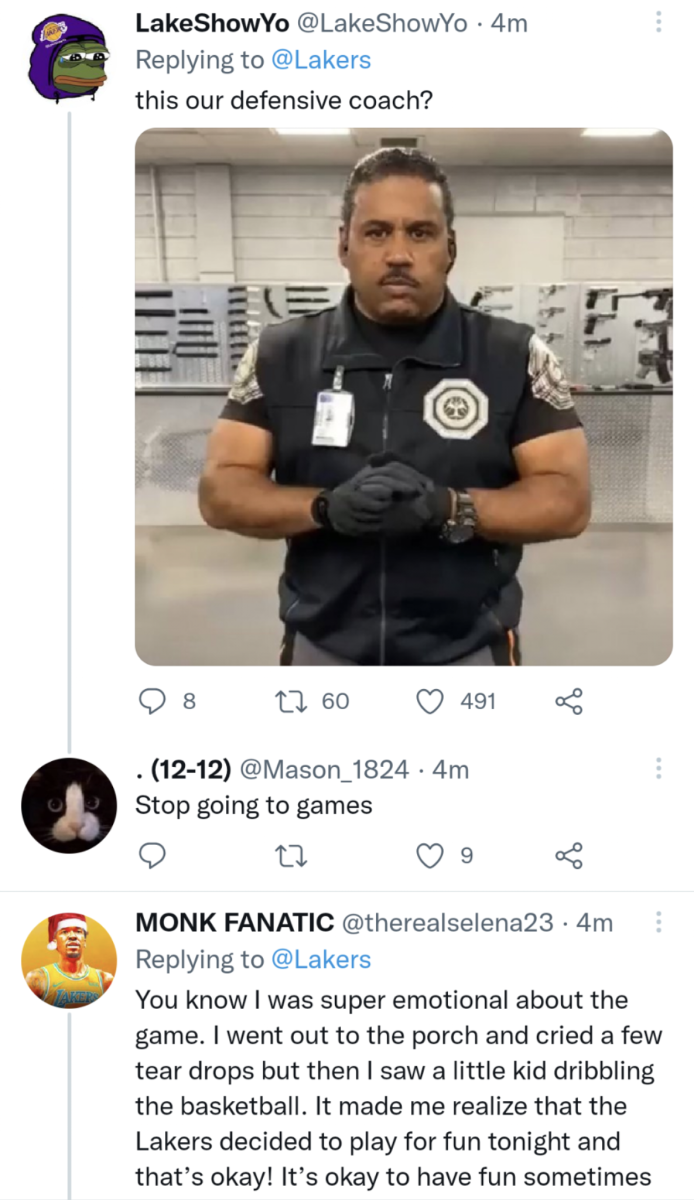 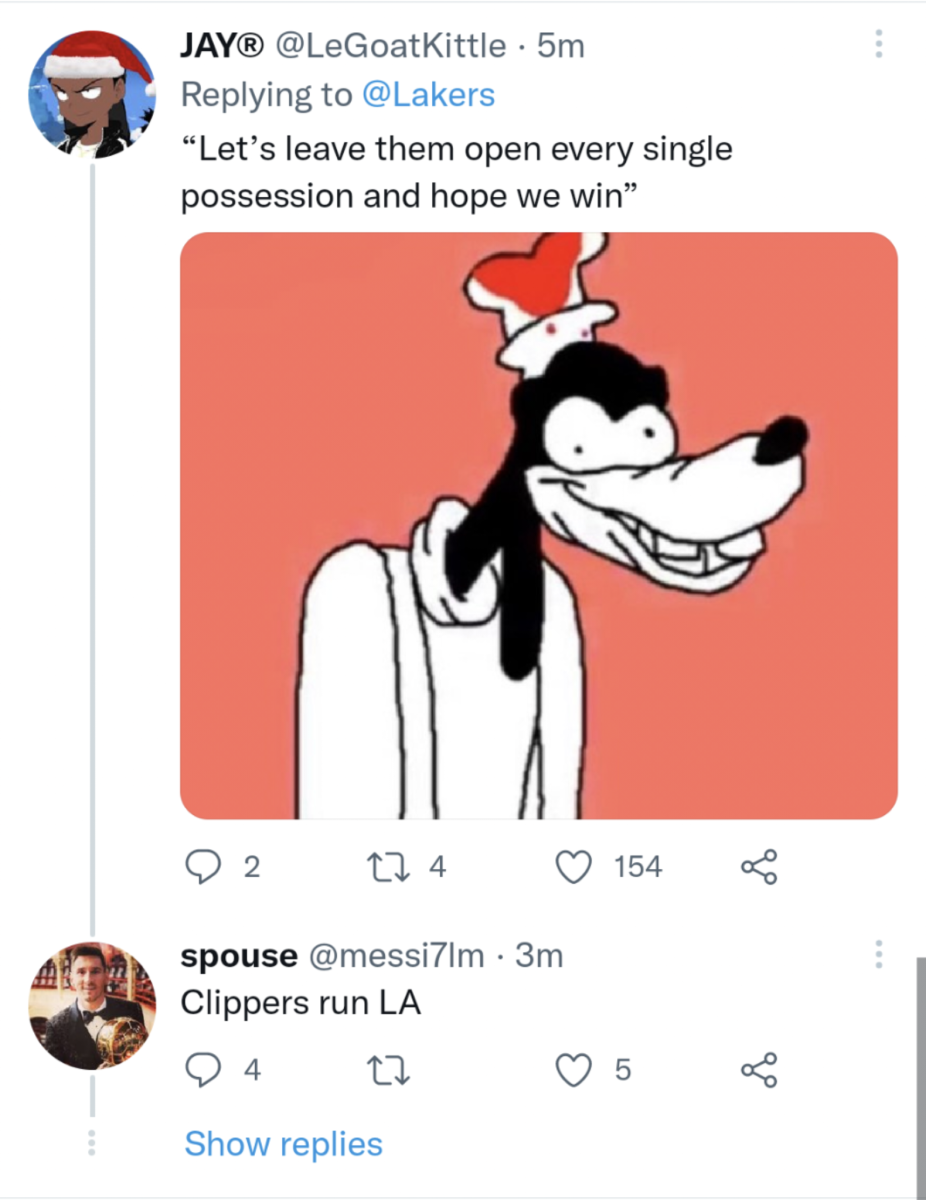 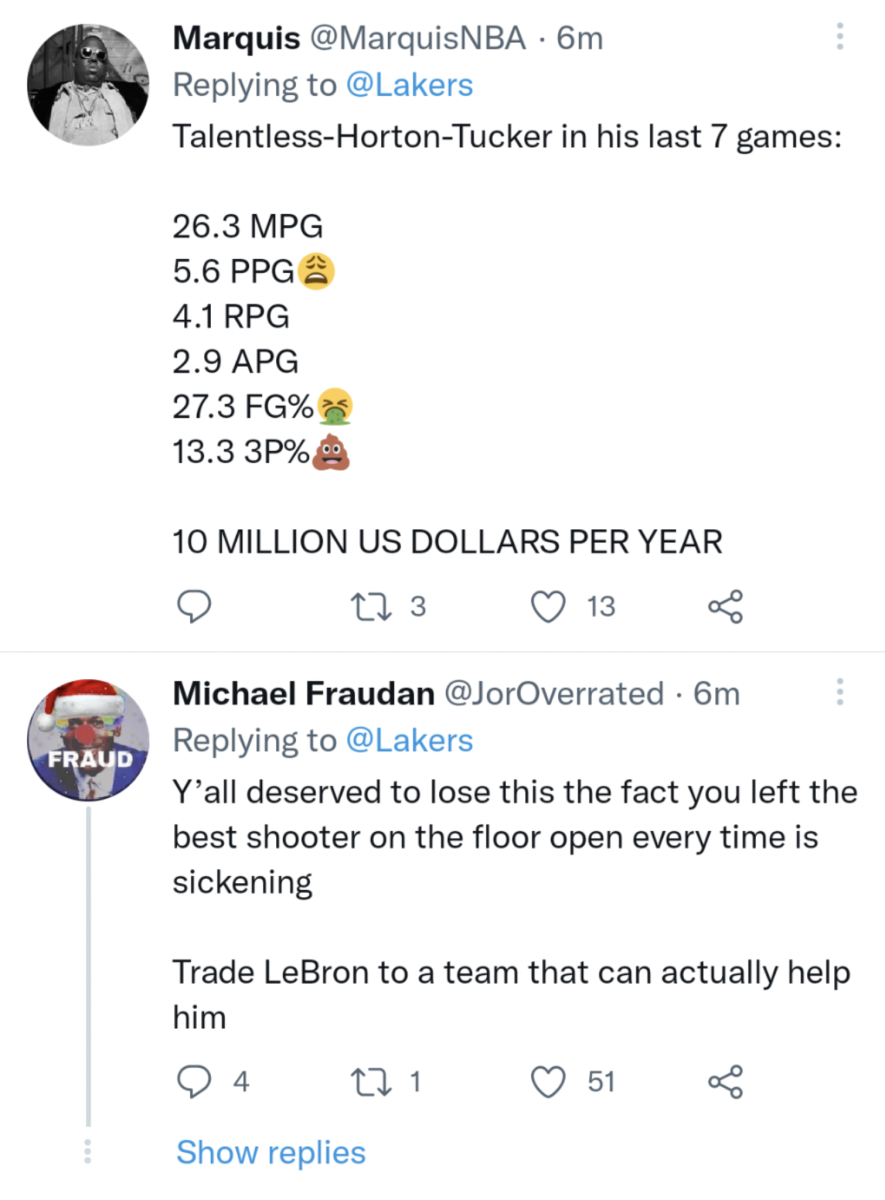 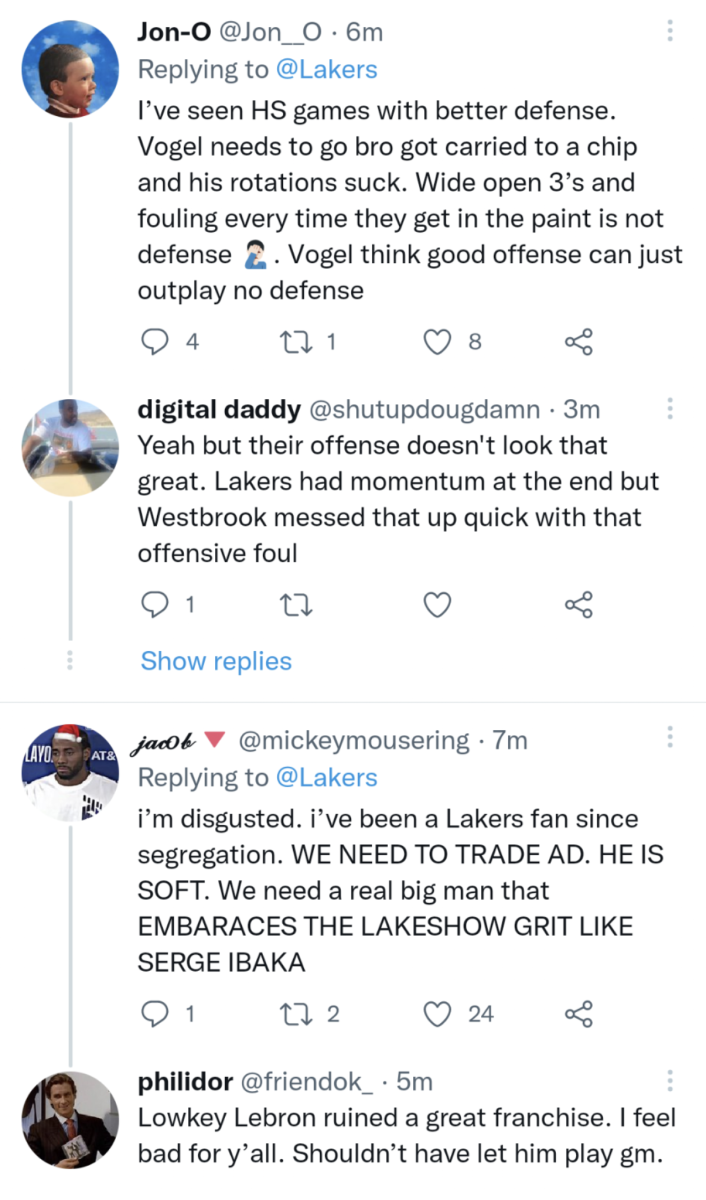 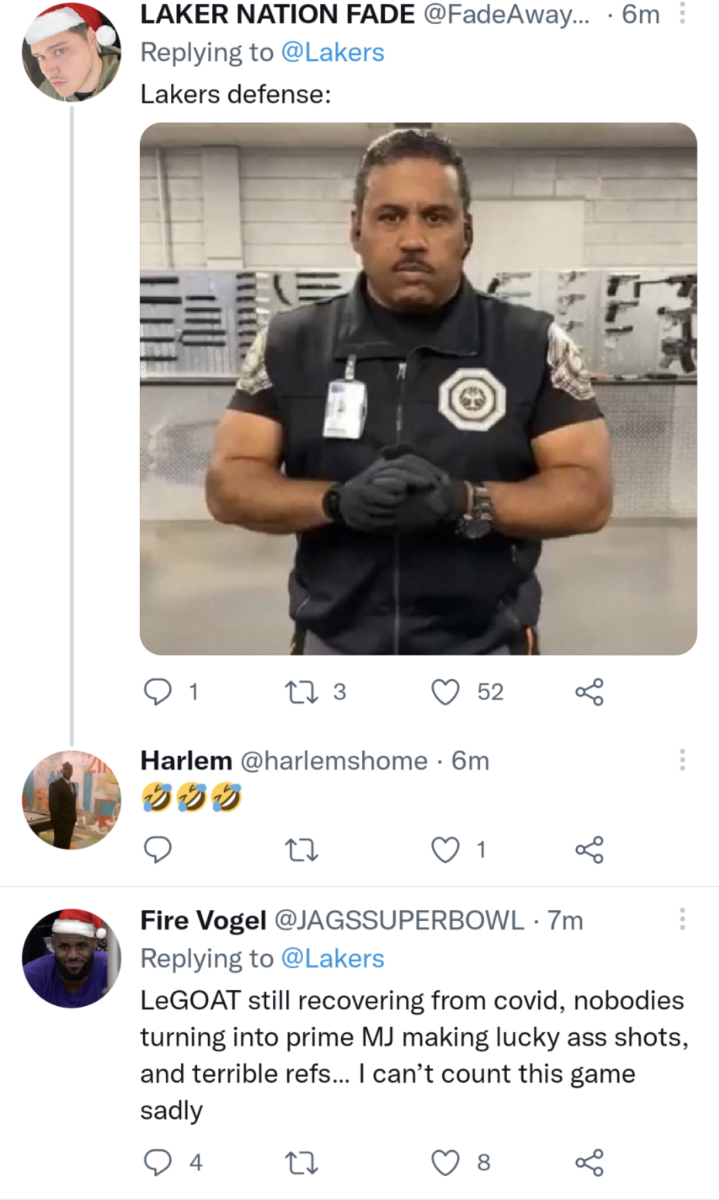 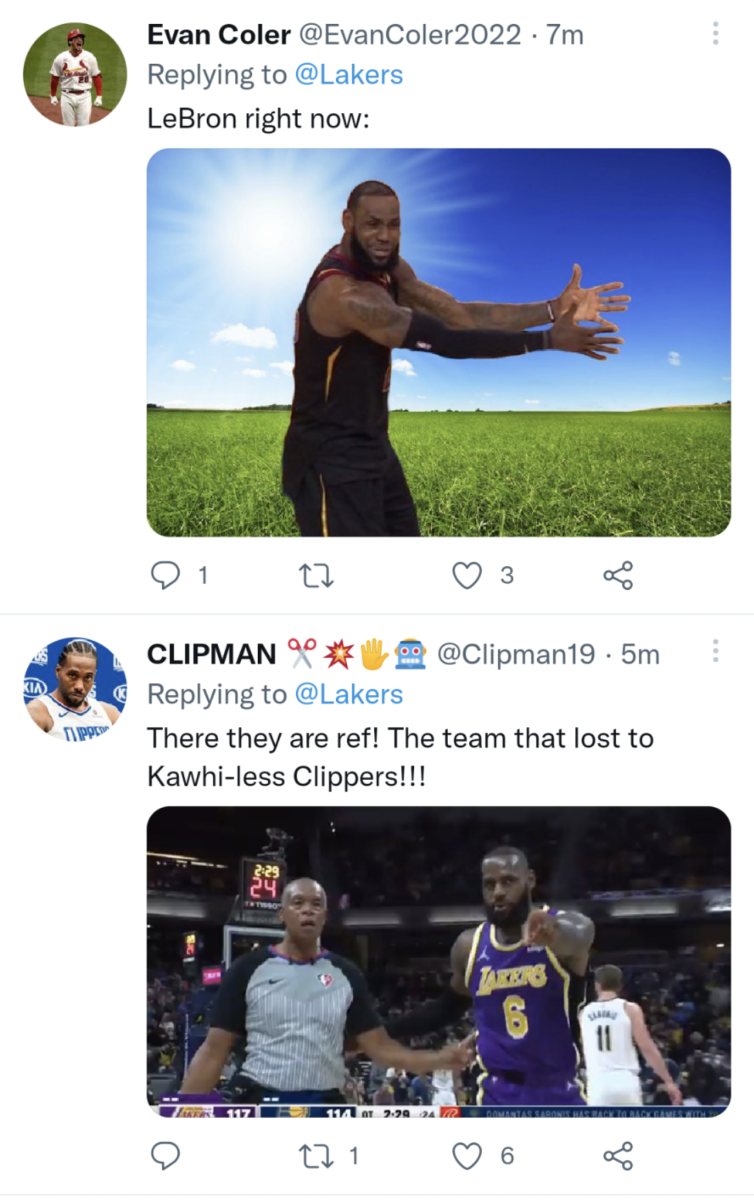 The Los Angeles Lakers have a lot of talent on their roster, and Rob Pelinka once called them the greatest basketball talent assembled. Thus far though, they haven't been able to translate all of that talent into consistent winning. As mentioned previously, many criticized their lackadaisical approach on the defensive end and then the lack of cohesiveness on offense. The age and athleticism of their veteran roster have also been heavily noted.

The Los Angeles Clippers, on the other hand, have less talent but have played an unselfish brand of basketball. Paul George was willing to give up the rock due to all the defensive attention that he faced and tallied 9 assists on the night. Team play won out over individual talent today.

We'll see how things go for both Los Angeles teams in the future. Both teams are mid-tier in the standings, though it's easy to see either go on a good run. The Clippers were counted out and they're still in the running for the playoffs, while the Lakers have been lauded heavily and disappointed. Hopefully, we see both teams trending in the right direction, and the Lakers in particular have a lot of work to do to become that championship squad many envisioned them being.