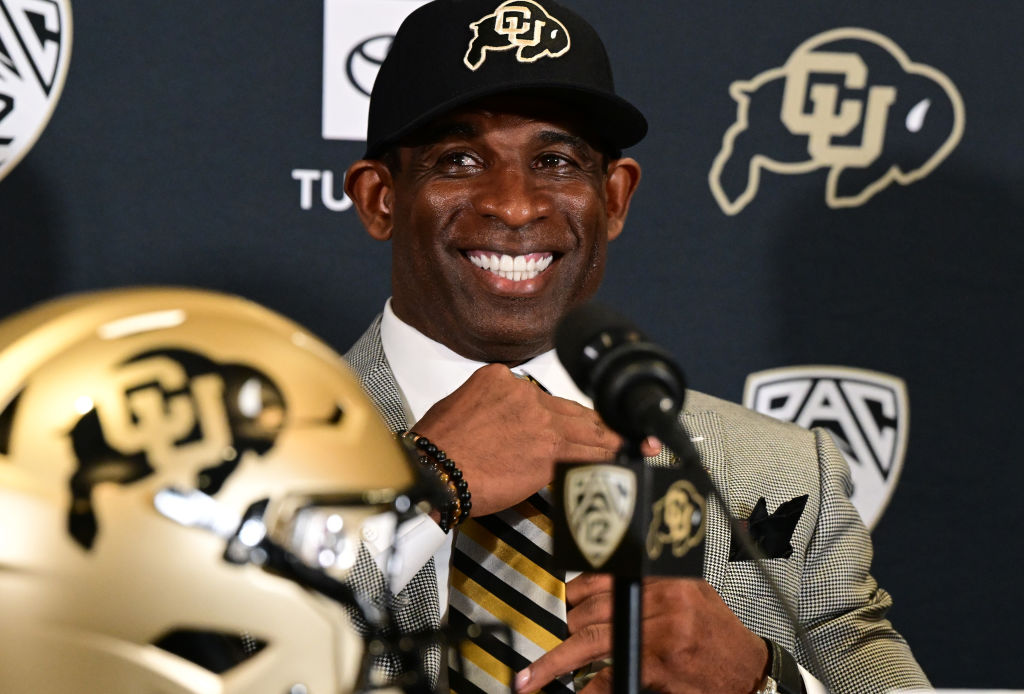 Deion Sanders has set social media’s Historically Black Timeline Universe (HBTU) on fire. There isn’t a scandal of infidelity, there isn’t a DUI, and there isn’t a criminal investigation into siphoning money away from poor folks. Nope, he just took a job at another school and the HBTU is outraged. Well, at least part of the HBTU…

Jackson State University has been the talk of college football for the past 3 years because “Coach Prime” had taken his talents to a Historically Black College and University with the mission to win games and bring shine to schools that don’t typically get national fanfare. The gig also gave Sanders a platform to display his coaching ability. There were lots of questions and JSU’s 27-5 record provided all the answers.

Last week Sanders was asked directly if the University of Colorado Boulder had offered him a job and unlike most college coaches he answered directly according to a USAToday report: 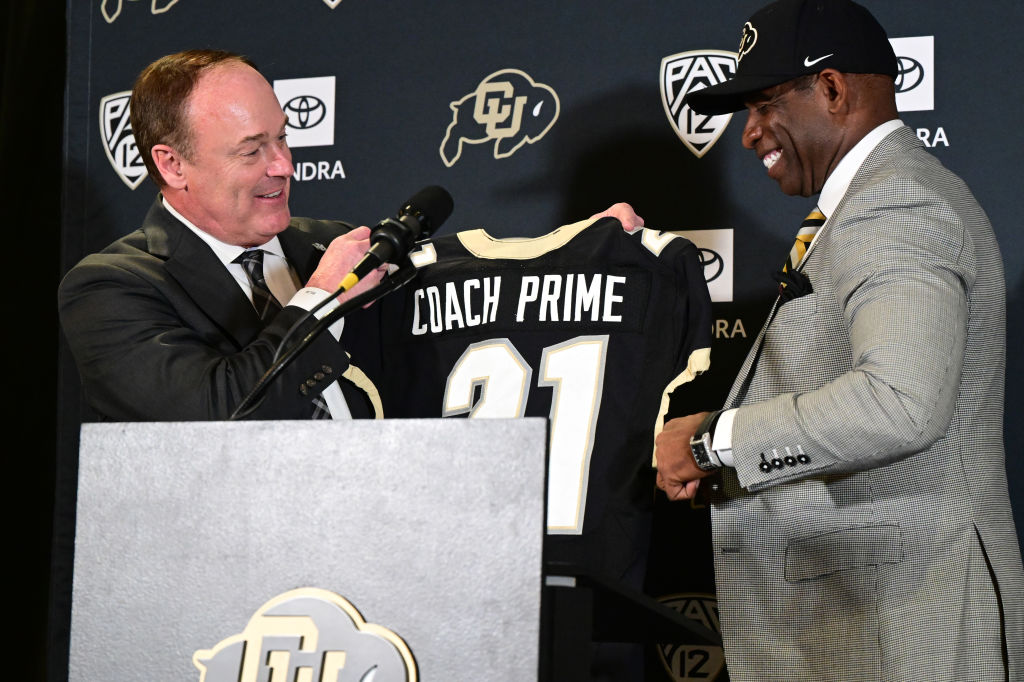 CBSNews is reporting that the Buffaloes offered Sanders an almost $6 million per year salary ($29.5 million for five years) which is significantly more than the $300,000 per year that JSU was paying him, half of which he donated back to the school so that they could update and renovate their athletic facilities. What’s crazy about Colorado’s salary offer is that they don’t even have the money to pay Coach Prime and that comes straight from Athletic Director Rick George:

He’s not worried because he knows that news of Sanders’ arrival on campus means that rich alumni will be tossing more than a few dollars the school’s way to make it happen.

The angry part of the HBTU feels that Sanders is a charlatan and a sell-out for accepting the job at Colorado because he should have remained loyal to HBCUs and helped to change the narrative about the level of athletic talent and opportunities that aren’t afforded to them. A great many feel that his presence could have changed things for the better at all HBCUs and departing after three successful seasons marks him as an opportunist.

if the destination was Florida State or another top echelon team, i’d get it. but Colorado? that cheapens what Deion Sanders built at Jackson State and sends a message that a bad football program at a white college is better than the best HBCU. this ain’t it, Prime. https://t.co/BwkBSECnSG

For his part, Coach Prime ain’t losing no sleep…

Change makes people get uncomfortable. Change is inevitable in every age & stage of life but it somehow someway brings Love but Hate, Joy but Sorrow & Life & Death. There's a time & season for every activity under the sun the bible declares. CHANGE is INEVITABLE. #CoachPrime

Many of his Super Bowl-winning, Hall of Fame, superstar football peers are defending him…

Let’s be excited for @DeionSanders. He gave JSU 3 great years, 2 SWAC championships, a new football facility and a blueprint of what they can become. pic.twitter.com/JaqBPGcD9d

Where you at with it? You mad at Deion for skipping town or happy that he’s getting another opportunity to coach a college football team? How to Find Where Your Favorite Movie or TV...