Gas prices just set another record, with no end in sight 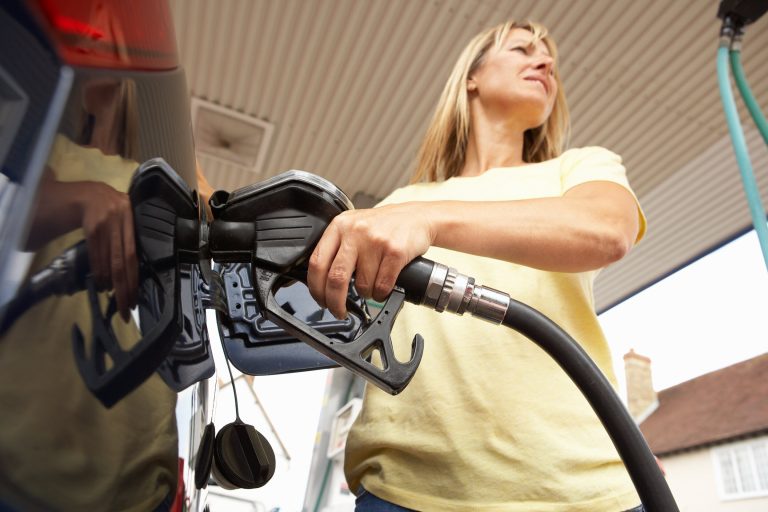 If you've filled up your car, oh, anytime in the last few weeks, this won't come as news to you. The long shadow that inflation is casting over the economy at the moment, it continues to see prices keep climbing for all sorts of goods and services. Including gasoline, the price of which set a new record on Thursday. Gas prices hit a national average of $4.418 on Thursday -- but that's not all.

Previous all-time highs? Well, those came just two days before -- with records set on both Tuesday and Wednesday. In collective terms, according to Patrick De Haan of GasBuddy, Americans are paying 32 cents more per gallon at the pump now than they were a month ago. That's tantamount to paying $125 million more on gasoline every day now compared to last month, per De Haan.

This comes, by the way, at a time when inflation and the lingering effects of the pandemic are leading to all sorts of dislocations and disruptions in the economy. Those negative effects include everything from labor shortages and supply chain interruptions, to the scarcity of some crucial grocery products (like baby formula).

Energy economist Phil Verleger told CNN that until the Russian invasion of Ukraine, we'd "never seen anything like this. The (fuel) market is totally distorted."

Gas prices near me

Meanwhile, one way you can cope and easily find an answer to the question of where "gas prices near me" are the lowest? You can use mobile apps like GasBuddy. That app, in particular, makes it easy to search real-time gas prices in a given location. Moreover, you can filter the search results you get by qualifiers like gas station brand as well as payment method.

Other GasBuddy filtering choices include whether the gas station has an available restroom, and whether the location is open 24/7 or not. Once you make your choice, you can then zero in on ratings, reviews, and the like.

Does the president control gas prices?

We should add, and this won't come as a surprise, that there's a political component to all this.

President Biden does control policies that can nudge the price of gas in one direction or another. But it's erroneous to assume there's the executive equivalent of a big red button any president can push to reset gas prices to a more acceptable level.

Nevertheless, conservatives are livid over what they see as Biden's failure to exert what control he does have. Specifically, as reported by CBS News, the Biden administration has canceled a high-profile oil and gas lease opportunity that had been pending before the US Interior Dept. That decision, the network reports, "halts the potential to drill for oil in over 1 million acres in the Cook Inlet in Alaska."

The Interior Department shared a statement pointing to a "lack of industry interest in leasing" in the area. Alaska Republican Senator Lisa Murkowski, however, said that's nonsense in a statement of her own. "Citing a 'lack of industry interest' is nothing more than fantasy from an administration that shuns US energy production ... I can say with full certainty, based on conversations as recently as last night, that Alaska's industry does have interest in lease sales in Cook Inlet."

The post Gas prices just set another record, with no end in sight appeared first on BGR.


prices another record sight
Read The Rest at
bgr.com

Drake Gets Harassed By Canadian Geese In His...