Giannis Antetokounmpo Gives Props To The Golden State Warriors: "It's Been An Unbelievable Dynasty For Them." 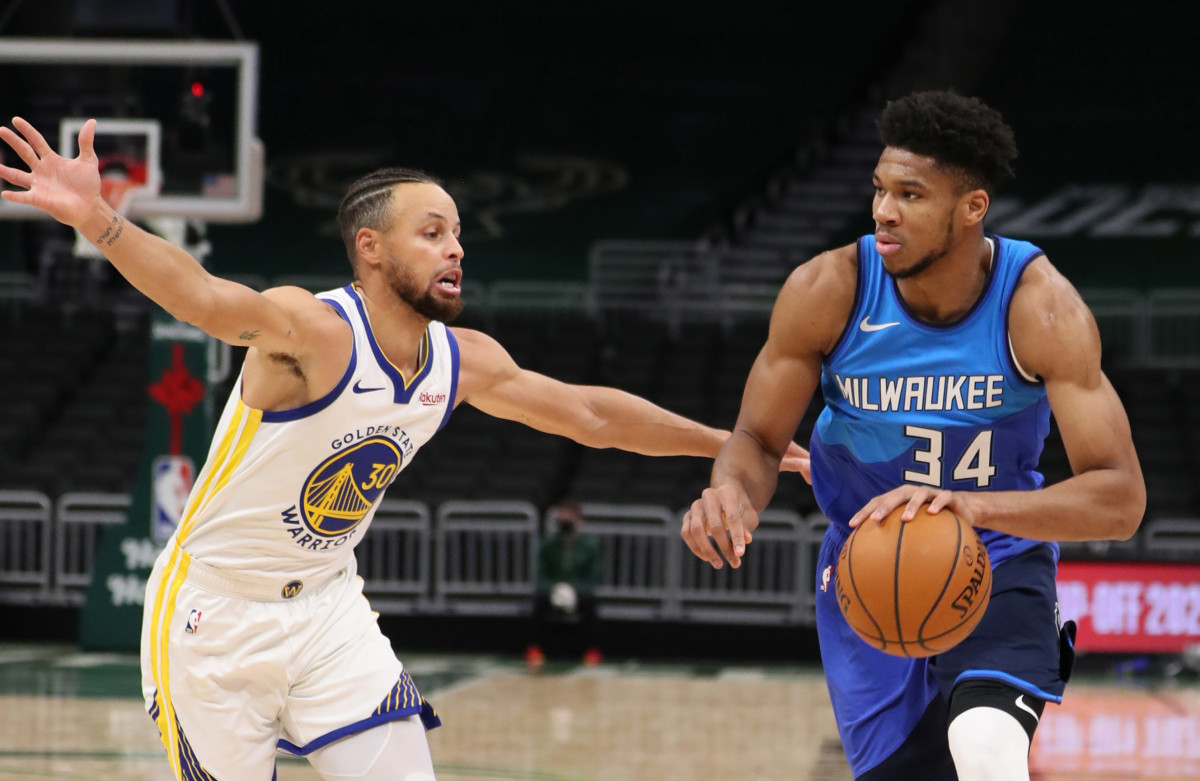 The Golden State Warriors have won their fourth championship this year, and there's no question that they should be considered a dynasty. They have won 4 titles in 8 years, and it is quite possible that they will win even more championships going forward.

Bucks superstar Giannis Antetokounmpo gave props to the Golden State Warriors recently, claiming that they are an "unbelievable dynasty" and that they are "setting an example" for the rest of the league.

With that being said, it is quite possible that the Golden State Warriors will be the ones to win the next few championships. Aside from their elite trio of Stephen Curry, Draymond Green, and Klay Thompson, they have younger players who are solid as well, such as Andrew Wiggins and Jordan Poole. They are set up for both the now and the future, and even Stephen Curry has stated that their championship window isn't closed yet and that the Warriors have a lot in the tank.

Perhaps we will get a Milwaukee Bucks - Golden State Warriors Finals matchup in the future. We weren't able to see that this year, but there is no doubt that watching Giannis Antetokounmpo against Stephen Curry would make for must-watch television. 5 Easy Things I Do to Prioritize My Mental...