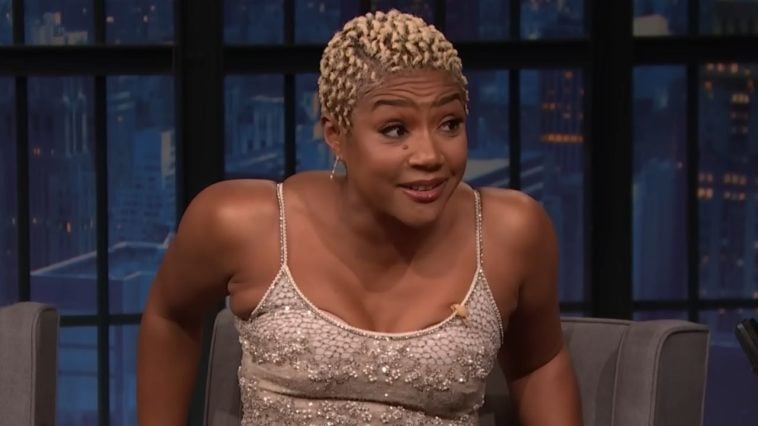 129 Views
Comments Off on “Girls Trip 2” Officially Underway; Will They Recast Tiffany Haddish?

Girls Trip 2 with the entire “flossy posse” is officially underway. According to the writer, director, and producer Tracey Oliver, the film will include the entire original cast — Queen Latifah, Jada Pinkett Smith, Regina Hall, and even Tiffany Haddish.

Oliver also confirmed they were planning to “set it in Ghana.”

“I can’t make it without her,” Producer Will Packer said during an interview on Club Shay Shay.

Packer added that he would make it with Haddish despite her past legal issues. In 2022, Haddish and comedian Aries Spears were accused of grooming two children after a 2014 skit about a pedophile resurfaced on the Funny Or Die website.

The lawsuit was ultimately dropped.

“I think she’s very talented, remorseful and has since apologized. I would advocate for her. Girls Trip 2, I couldn’t make it without her.” pic.twitter.com/TEQxArR8mK

While some tweets were reminding Twitter they’ve “canceled”  Haddish, one Twitter user hoped the dismissed charges wouldn’t “overshadow the sequel.”

Tiffany Haddish Has Broken Her Silence

Tiffany Haddish, amid the announcement of the sequel Girls Trip 2, is continuing to face backlash for the 2022 allegations where she and comedian Aries Spears were accused of grooming two children in a skit video. Want The Perfect Pedicure? Try A Medical One