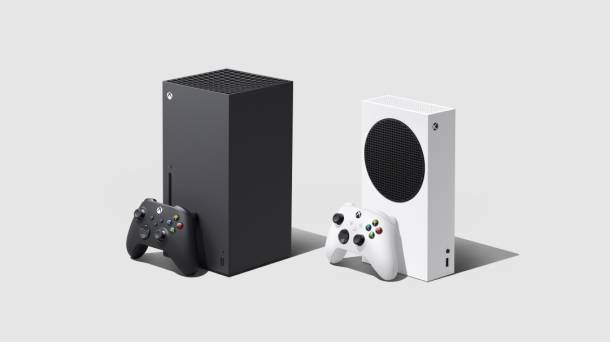 Preorders for the Xbox Series X and Xbox Series S are about to go live on Tuesday morning in the United States, and though the process should be smoother than the disastrous PS5 preorder mess, you may still have a better chance of grabbing one of Sony’s new consoles than one of Microsoft’s. After contacting multiple GameStop stores, GamesBeat reports that each and every one of them expects to have less Xbox stock than PS5 stock.

GamesBeat’s Jeff Grubb says the GameStop stores he reached out to told him that they are set to receive about half as many Xbox Series X and Series S consoles as PS5 units in November. The 10 locations he contacted said they’d have between 5-10 Series X preorders available and just 2-4 Series S preorders.

This information comes just days after similar reports sprung up regarding the PS5 and PS5 Digital Edition. While supply doesn’t look to be a major concern for Sony quite yet, virtually every retailer appears to be receiving far fewer Digital Editions than standard PS5 consoles. The big difference between the PS5 Digital Edition and the Xbox Series S is that the $399 PS5 DE has virtually the same specifications as its more expensive sibling. Meanwhile, the Xbox Series S is a less powerful device, targeting 1440p output rather than 4K or even 8K resolution.

With that in mind, you can see why Microsoft might think the Xbox Series X will be in much higher demand. Series X and Series S will play all of the same games, but if you want the ultimate next-gen experience on the most powerful console available, you’re going to have to spring for the $499 Xbox Series X.

some numbers I heard for GameStop per-store allocations for Xbox Series preorders:
Series X – 6-12 per store
Series S – 2-4 per store

All of that aside, the initial stock being sent to GameStop stores is troublesome. The pandemic has affected every industry on Planet Earth, and as optimistic as Sony and Microsoft have been about their new consoles launching on time with enough supply to go around, the fact that GameStop stores are receiving fewer than 20 new Xbox consoles on average is cause for concern. Yet, as GamesBeat’s Jeff Grubb points out, we have no idea how quickly Microsoft can “replenish stock.” Prospective Xbox Series X/S buyers shouldn’t be panicking yet, but as preorders sell out on Tuesday morning around the country, it will be worth keeping an eye on Microsoft’s messaging.

If you are planning to preorder an Xbox on Tuesday morning, be sure to check out our guide.