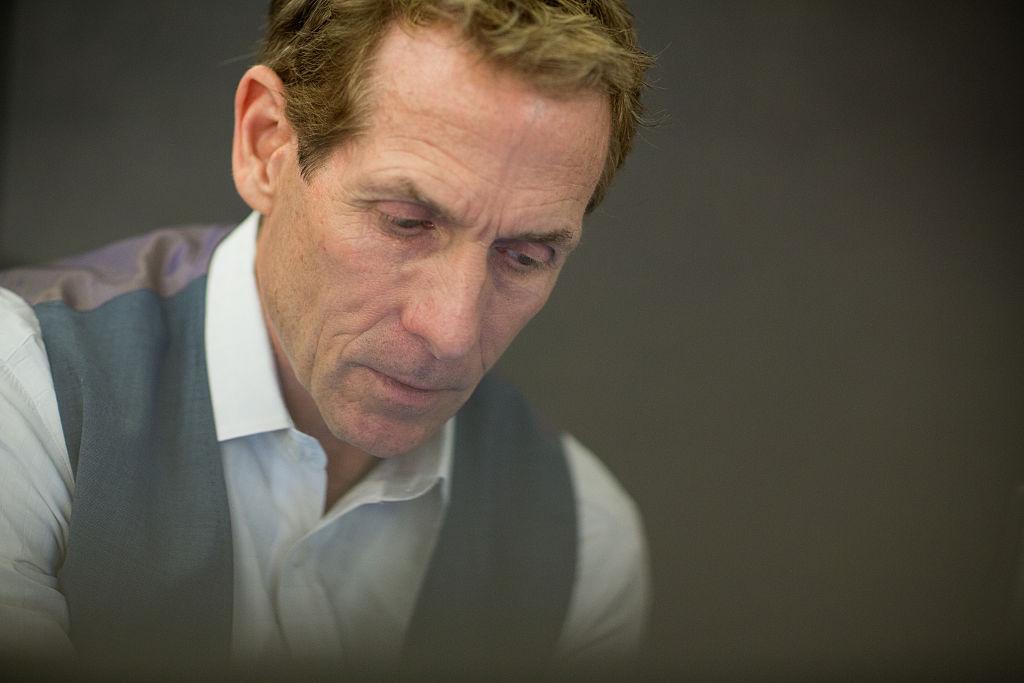 Sports journalism is in a really weird place right now. While there are obviously still serious reporters who dig deep to bring readers and viewers information and insight, a lot of today’s high-profile sports journalist have degraded themselves into talking heads with hot takes blowing hot air onto the airwaves with very little integrity or respect.

Enter, Skip Bayless who next to his former First Take partner Stephen A. Smith, might be the most polarizing figure among the aforementioned group of sports professionals. Bayless has literally been hating on LeBron James for TWO decades and based on his latest episode of Twitter fingers, his troll act might just extend to the next generation.

Hey, Bronny … impressive. But your dad would've dunked it left-handed. You sure got away with it, though.

The dunk that John Edward Bayless II is referring to is the monster jam that LeBron James Jr. “Bronny” threw down in the video below.

A damn good play from a damn good basketball player who is also only 17-years-old. Most reasonable people would only see one of the most exciting plays in sports and perhaps feel a bit sentimental about the fact that the player in question is the progeny of one of the NBA’s GOATs, but not Bayless. “Water pistol Pete” as he was christened by ESPN’s Jalen Rose took the opportunity to take a swipe at a child and people were NOT feeling it…

Even ESPN’s Kendrick Perkins had to let it be known via the immortal words of the late, great Pimp C that Bayless was out of pocket…

Somebody go make you smell their cologne! You can’t be playing with people children. Real Talk! https://t.co/zKX8qzuhI4

Oh but there was more…

While skip bayless is trending trying to cook bronny James to get lebron to finally acknowledge him , never forget when jalen rose almost made him cry pic.twitter.com/7T0JOnrYBi

The slander was a rich as it was relentless…

Skip worried about kids? @FBI we got one on our hands. pic.twitter.com/oKpUYA93Vb

Not for nothing, LeBron has largely ignored the Undisputed host for most of his career but he might not be the one that Skip has to worry about because Savannah James is not playing that s**t. Mississippi Trooper Off The Hook For Tackling...