Tracee Ellis Ross is the latest celeb to see if they have what it takes to make it through the spiciest interview of their career. 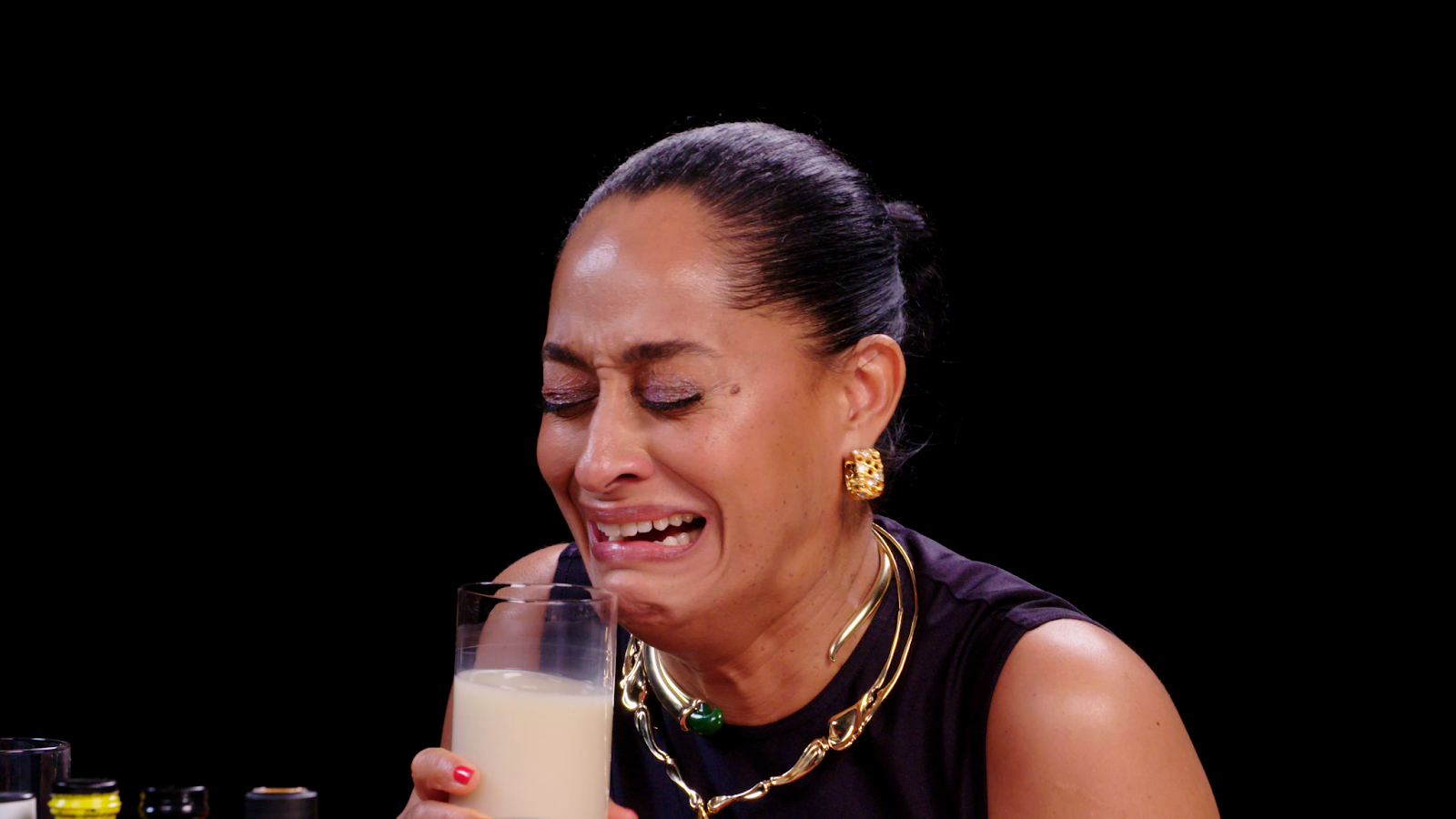 In the latest installment of First We Feast’s beloved series Hot Ones, Tracee Ellis Ross sits in the hot seat with Sean Evans to discuss everything from the eighth and final season of her hit show Black-ish to meeting icons in the fashion world and partying with Naomi Campbell and Madonna.

“It was really built into the DNA of our show that we were able to do that,” she says about Black-ish’s ability to tackle important issues while staying comedic. “If you list the topics and themes of our episodes you’d be like ‘that’s not a comedy’ […] Police brutality, postpartum depression… And I think we earned that stuff because it was anchored in reality […] A spoonful of sugar helps the medicine go down–when you’re not being punched in the face– when you’re laughing, you actually can take stuff in”

She also talks about what distinguishes a good TV sitcom from a mediocre one, explaining:

“I think it’s when you care about the people. I was really drawn to this couple [on Black-ish] because they actually loved and liked each other. Because so often sitcoms are based on eye-rolling and like you hate your partner. But that wasn’t the case with Bo and ‘Dre. And so that was really intriguing to me.”

Of course, the interview also features a lot of the hilarious moments we know and love from Tracee, only amplified by the hot wing challenge. See for yourself down below: Tracee Ellis Ross Screams For Her Mom Diana As...