If “The Crown” Has You Obsessed With the Royal Family, Here’s What to Watch, Read, and Listen to Next While season after season The Crown never fail to disappoint, this season is particularly buzzworthy thanks to the addition of two powerhouse women: Diana, Princess of Wales, and Margaret Thatcher, Prime Minister of the United Kingdom. If you made your way through the latest season a bit quicker than you originally planned, have no fear, because we’ve rounded up everything you need to watch, read, and listen to next if you’re obsessed with the royal family. (Bonus: We even added in a few fun Instagram accounts to follow so you can get your regal fix on a daily basis.)

Diana: In Her Own Words, Netflix

If you found Diana’s relationship with Charles to be one of the more intriguing plot points on The Crown, then you’ll appreciate this film, which shares footage of Diana discussing aspects of her personal life. Yep, that includes her marriage to Prince Charles.

Diana, Our Mother: Her Life and Legacy, HBO Max

Prince William and Prince Harry commissioned this documentary to mark the 20th anniversary of the death of their mother. Grab your tissues before you dive into interviews from both of Diana’s sons, family members, and close friends like Sir Elton John.

This is the second and final documentary commissioned by Prince William and Prince Harry in honor of their mother, and it focuses on the days following Diana’s death, her funeral, and the effect her passing had on her loved ones and the public.

This is a somewhat cringey, but fascinating behind-the-scenes portrayal of the aftermath of Diana’s passing and how the royal family struggled to decide how official their expressions of grief should have been.

Enjoy a really interesting story about how Queen Elizabeth’s father, King George VI, worked with a speech and language therapist to cope with a stammer while learning more about how he became king after his brother’s abdication.

Even though you know the marriage doesn’t end well, the wedding of Charles and Diana is worth a watch for her amazing gown alone. Just look at that train!

For a quick royal fix, head on over to YouTube and check out Kate and William’s engagement interview. Who could forget Kate’s stunning blue dress that made major fashion waves?

Next comes Meghan and Harry! Take a look back at everyone’s favorite royal rebels and learn more about their charming love story in this 20-minute interview.

This breathtaking documentary explores Meghan and Harry’s impactful work and looks at the challenges they faced living as a young family on the global stage, all while trying to balance their public duties and private life under intense media scrutiny.

The Royal Wedding of William & Catherine and Harry & Meghan is perfect for anyone who is a sucker for romance and wants to relive all the glamour and excitement of two of the most exciting royal weddings to ever occur.

The Royal House of Windsor, Netflix

Settle in for six episodes of this riveting docuseries that traces how the British royal family survived the last 100 years of power struggles and politics.

For all the cheesy romantic goodness after a long day at work, settle in with a glass of wine and enjoy the Lifetime movie retelling of Harry and Meghan’s romance.

You didn’t think we were going to leave William and Kate out of the fun did you? There’s a corny but adorable Lifetime movie based on them that is worth a watch next time you need a pick-me-up. 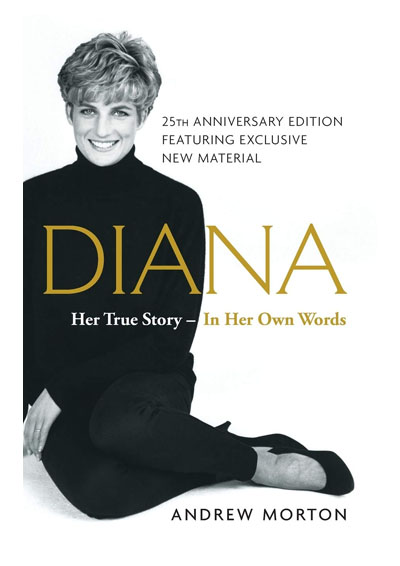 Diana: Her True Story — in Her Own Words

If you’re ready for Diana to spill the tea on the royal family, then you’ll love Andrew Morton’s sympathetic biography that Diana actively participated in. This intimate biography completely altered the way the public viewed the British monarchy. 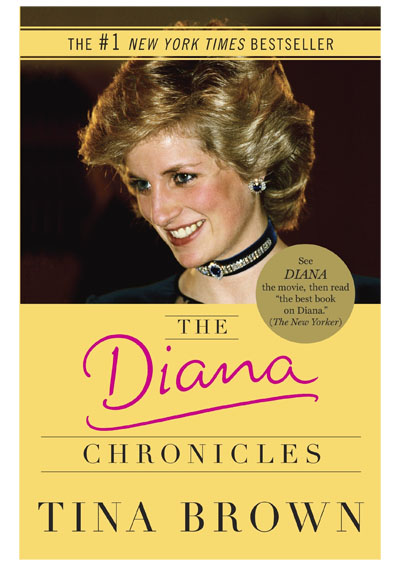 Even though Tina Brown knew Diana personally, this biography is much harsher than Morton’s and gives a completely different perspective on her story. Die-hard Diana fans may just want to pick up a copy of both. 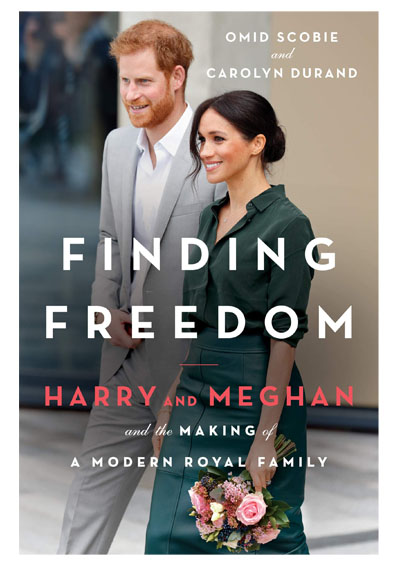 Finding Freedom: Harry and Meghan and the Making of a Modern Royal Family

Finding Freedom: Harry and Meghan and the Making of a Modern Royal Family speculates and provides commentary on why Meghan and Harry chose to step away from their royal lives and pursue a more independent path. 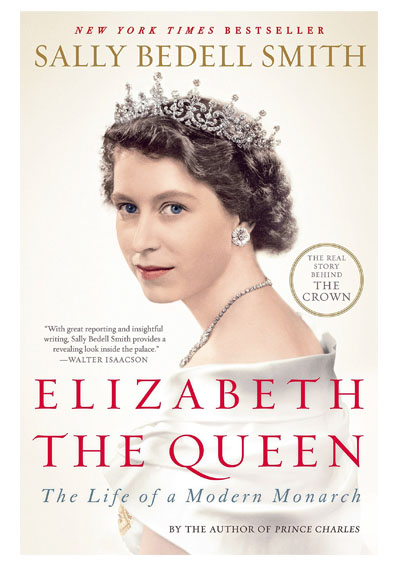 Elizabeth the Queen: The Life of a Modern Monarch

For anyone who is here for the Queen, then you’ll want to crack open this biography that offers a close-up view of her and provides a captivating window into the last great monarchy. 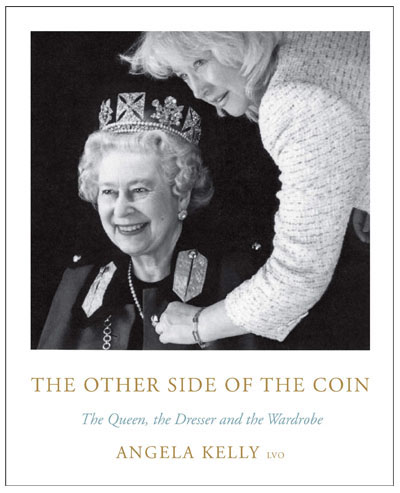 The Other Side of the Coin: The Queen, the Dresser and the Wardrobe

Fashion fanatics look out! This book from Queen Elizabeth’s trusted confidant and dresser shares never-before-seen photos of the Queen, her wardrobe, and her jewels. The book also features intimate anecdotes from Angela’s 25 years spent working closely with her. 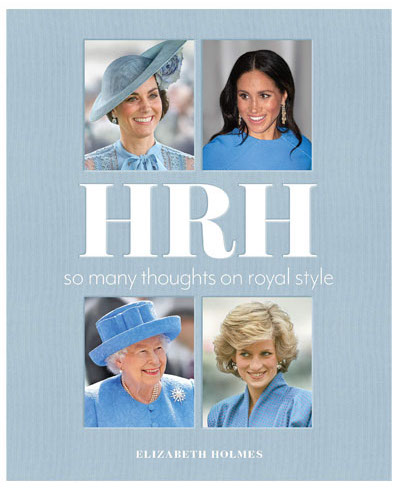 HRH: So Many Thoughts on Royal Style

More style inspo is coming your way, this time from style journalist Elizabeth Holmes, who gives a nuanced look at the fashion and branding of Queen Elizabeth, Diana, Catherine, and Meghan. 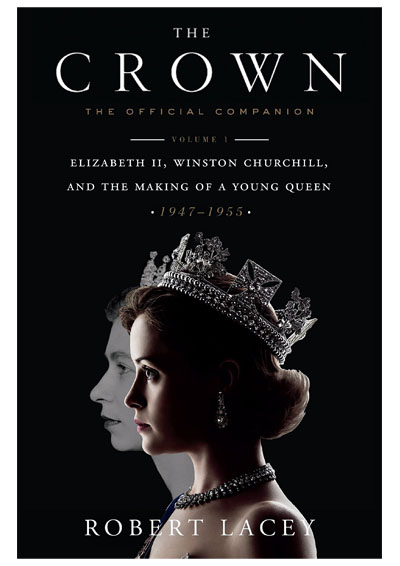 The Crown: The Official Companion, Volume 1

The Crown fanatics will appreciate the official companion to the show that features additional historical background and beautifully reproduced archival photos. 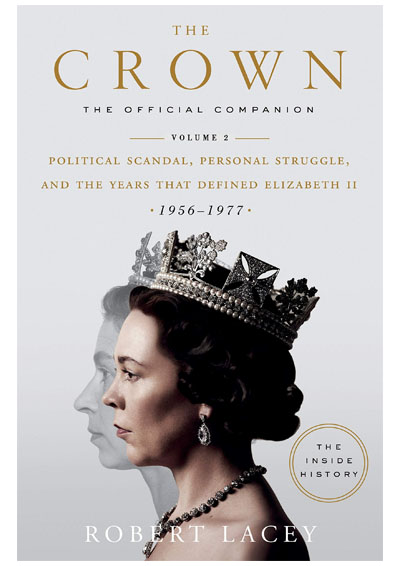 The Crown: The Official Companion, Volume 2

And we’re back for round two. Fingers crossed Volume 3 and 4 are coming soon! 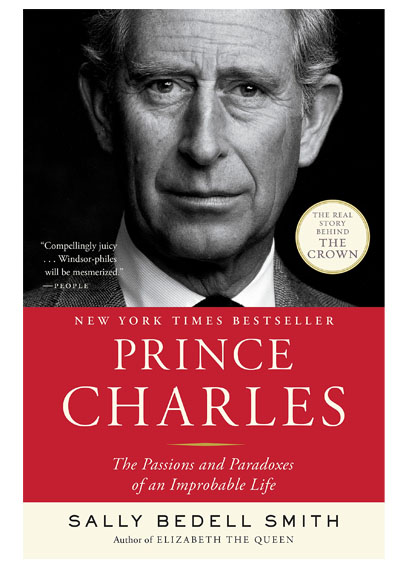 Prince Charles: The Passions and Paradoxes of an Improbable Life

Now that Prince Charles is getting a lot of airtime on The Crown, you may find yourself wanting to learn more about the oldest heir to the throne in more than 300 years. If so, this biography is for you. 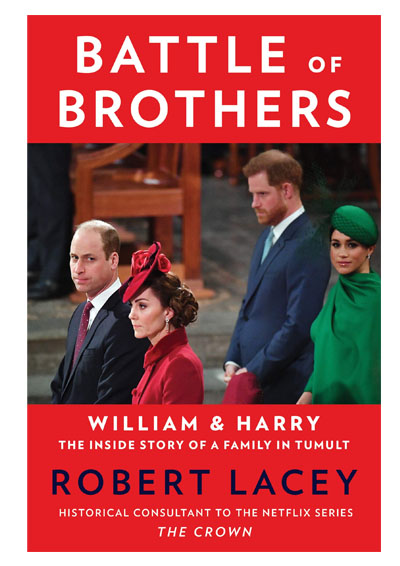 Battle of Brothers: William and Harry 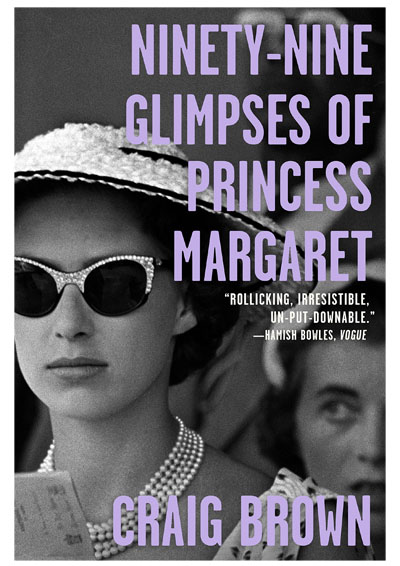 If you don’t think Princess Margaret got enough air time throughout the last four seasons of The Crown, you’re right, and this is the book for you.

Every week, the hosts of this podcast reconsider a person or event that’s been miscast in the public imagination. They’ve dedicated five episodes to Princess Diana that will bring a little royal intrigue to your next run or commute.

Pod Save The Queen

A closer look at how Diana, William, and Harry’s similar spirits and empathy for the underserved may prove to be her greatest legacy of all.

A weekly examination of the latest royal news, style, gossip, and more. Basically, the royal fun never needs to stop.

The Crown: The Official Podcast

Yes, The Crown has an official companion podcast to the series, and yes, it’s as good as it sounds.

You’ll recognize Elizabeth from earlier on this list as author of HRH: So Many Thoughts on Royal Style. Follow her on Instagram if you want consistent royal fashion inspo and commentary—which of course you do.

It’s no secret that at The Everygirl headquarters, we’re all pretty obsessed with Meghan’s amazingly chic, down-to-Earth style. This account shares our obsession and keeps us updated on her latest sartorial choices.

While you won’t catch too many on-the-fly posts on this account, the official Instagram account of the Duke and Duchess of Cambridge (aka William and Kate) does provide nice updates about their charitable work and cute baby photos from time to time.

The account of Getty Images Royal Photographer shares some of the most amazing photos of the royal family ever captured.

For the latest news and commentary on all things royal, give journalist, author, and royal commentator Katie Nicholl’s feed a quick scroll.

If you want to trade in your sweatpants for a more regal look, we love how Katie Sturino recreates stunning royal outfits on a commoner’s budget.

Why does a virtual gift shop have over 400,000 Instagram followers? Because every post is an anglophile’s dream come true. Who doesn’t need to bring a little bit of royal flair into their home?

The post If “The Crown” Has You Obsessed With the Royal Family, Here’s What to Watch, Read, and Listen to Next appeared first on The Everygirl.

Is Wine Fattening? Why Vino Can Still Pack on...