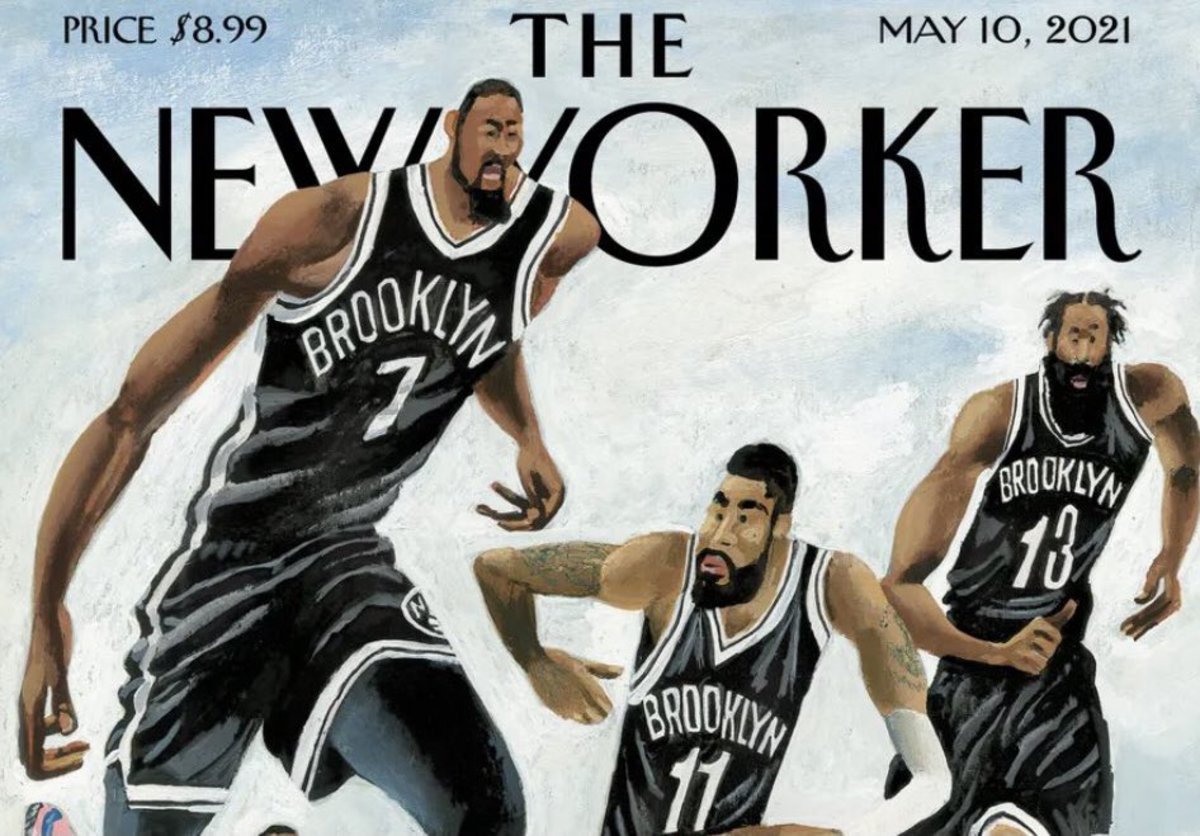 James Harden is bringing the sauce to the renewed New York rivalry between the Brooklyn Nets and New York Knicks. The shooting guard is currently sidelined with an injury but he's still trying to motivate his teammates by teasing the young Knicks team that secured their first winning season since 2013.

On Monday, The New Yorker shared a cover story featuring the Nets and the Knicks and the return of New York basketball to the top of the NBA. For years, these two squads struggled to get things going and now are competitors in the Eastern Conference. The image shows the Nets Big 3 of Kevin Durant, Kyrie Irving and Harden while Julius Randle and RJ Barrett of the Knicks appear in the background

Well, James Harden decided to share his own version of the cover story, sending a big message to the Knicks, cropping them out of the picture, just showing himself and his two teammates.

This is normal because you don't want to show any kind of support to other teams but the message is deeper than that with this post. Harden knows the Knicks can be a treat, not this season but the next ones to come and he's making it clear the Nets will try to do everything to demonstrate they rule New York now.

This rivalry is getting more interesting by the day and it's good to see that players are embracing that. This is beneficial for the league; this can be great for these two squads and fans are really enjoying watching these two going at it. 5 Foods that Improve Your Mood