Jason Momoa sent his fans — and more than a few of his celebrity pals — into overdrive with a photo he shared via Instagram on Sunday, May 22.

In the pic, the shirtless “Aquaman” star is seen with a medical apparatus strapped to his face while about to enter an MRI machine.


“You got to break some eggs to make an omelette. Aloha J. Thankful for my ohana and friends,” Momoa wrote in the caption.

The combination of the caption’s vagueness and the fact that Momoa was getting an MRI sent a wave of concern through his followers.

Even such celebs as Gal Gadot, Octavia Spencer and Pablo Schreiber chimed in to ask if everything was okay. 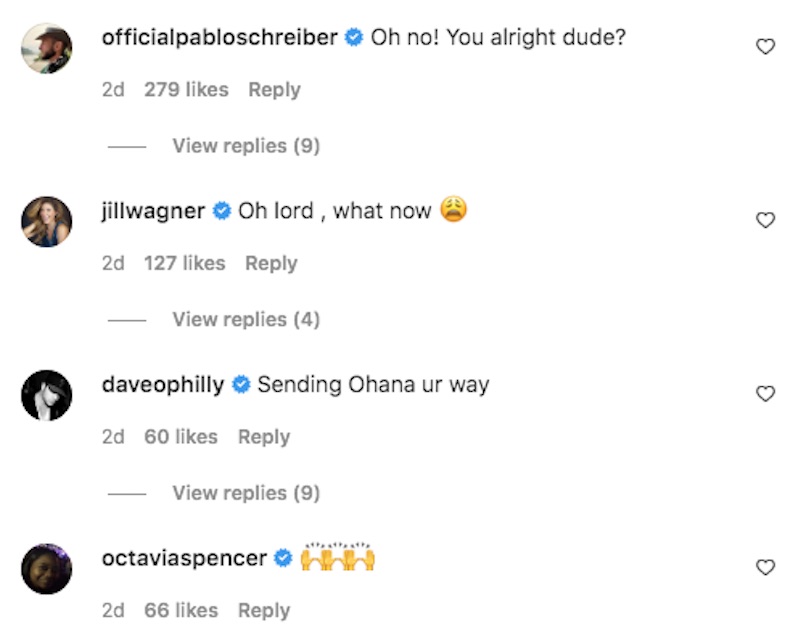 However, apparently all is well.

A source tells People that Momoa is doing “okay”, explaining he had the MRI done as “a precaution” during a recent visit to a hospital. ‘This Is Us’ Series Finale Marks The End With...