Jay-Z and Meek Mill are urging lawmakers to pass the “Rap Music On Trial” Bill to prevent courts from using lyrics to prosecute alleged crimes.  The social justice activists enlisted the help of a host of other artists to help push the cause. 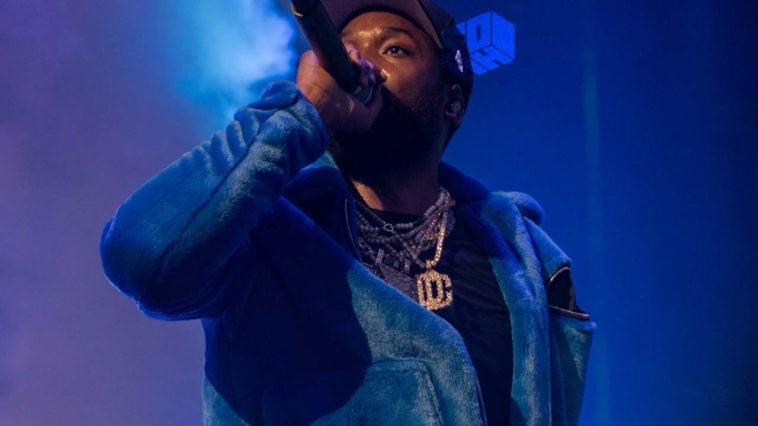 In a letter to state lawmakers and New York Governor Kathy Hochul, the group called for the legislation to be passed after it made its way through the Senate Codes Committee.

“This is an issue that’s important to (Jay-Z) and all the other artists that have come together to try to bring about this change,” Jay-Z’s lawyer, Alex Spiro, shared. “This is a long time coming. Mr. Carter is from New York, and if he can lend his name and his weight, that’s what he wants to do.”

“Our lyrics are a creative form of self-expression and entertainment – just like any other genre,” Fat Joe told Rolling Stone. “We want our words to be recognized as art rather than being weaponized to get convictions in court. I hope the governor and all the lawmakers in New York take our letter into consideration, protect our artistic rights and make the right decision to pass this bill.”

Jay-Z and Spiro want to help reduce the sentence of Valon Vailes, who has been in jail for 14 years for intent to distribute marijuana, with six more years to go.

While seeking help from HOV, Vales includes that the feds will not budge on releasing him early due to “ticky-tac” prison offenses and borderline pettiness, including Vales’ alleged theft of leftover chicken.

Meek Gives Back To Philly

Meek Mill has been on his grind, giving back to his Philly community.

Meek Mill is officially “The Give-Back King.”   After a whirlwind of activity giving to kids and families in need over the past year, the Philly rapper has teamed up with Kevin Hart and Philadelphia 76rs associate Michael Rubin to donate $15m to Philadelphia scholars in need.

prohibit rappers lyrics against court
Read The Rest at
sohh.com Myomectomy vs. Fibroid Embolization: Which...