Jayson Tatum Refused To Underestimate The Miami Heat: "Don't Look Past Them... This Is Far From Over." 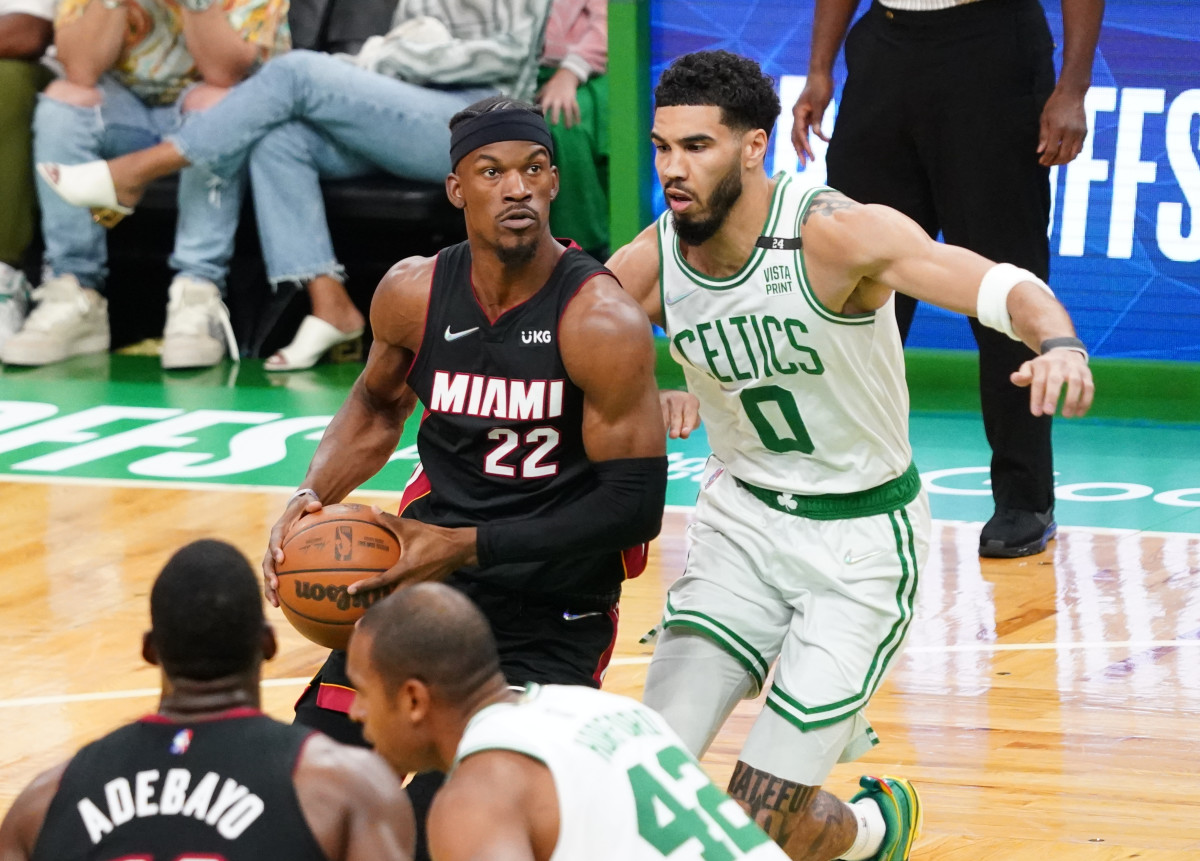 The Miami Heat ended up losing Game 5 at home to the Boston Celtics. The game was generally close throughout, but the Celtics managed to go on a run in the 4th quarter to seal the deal.

The Boston Celtics will be at home for Game 6, and there's no doubt that many people are expecting them to close the series out then. It would make sense for them do to their best to win Game 6, rather than face the Miami Heat on the road in Game 7.

While many people are counting out the Miami Heat, Jayson Tatum refused to do so. After the game, Tatum claimed that this series is "far from over", and told everyone to not "look past" the Miami Heat.

Don't look past them... You guys say on TV that we're going to the championship. This is far from over. We just went into Milwaukee and won a very big Game 6. So, know it's possible... This is a great team, well-coached, and they're not going to give up. It's not going to be easy... It's gonna be a challenge but it's going to be fun.

There is no doubt that the Miami Heat could still win the series. Jimmy Butler has been playing at a high level all playoffs, and he could definitely lead his team to a victory over the Boston Celtics on any given night. He's also developed a reputation as a player that shows up when it matters. He'll definitely need some help from his supporting cast though, as the offense has been a problem for the Miami Heat all playoffs.

Hopefully, we see an exciting end to the Eastern Conference Finals. There's no doubt that this series has been a slugfest and a showcase in defensive basketball, and that won't be different in Game 6.