Kent Bazemore’s Hilarious Reaction To Pic Comparing His Summer League Title To One Of Michael Jordan’s: “Dominating Summer League Can Buy You 10 Years” 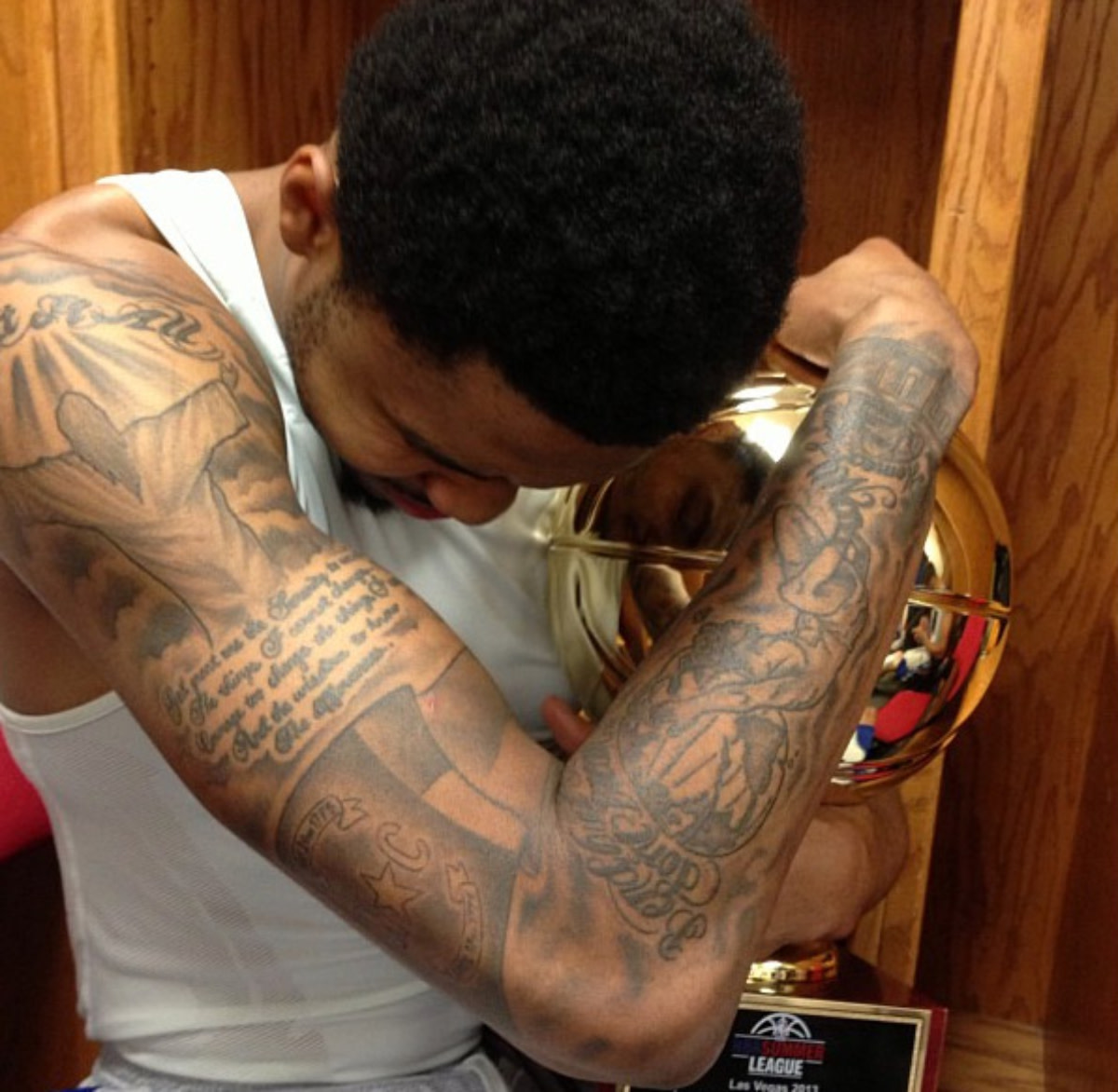 The NBA Summer League is a spectacle in its own right, bringing together rookies, sophomores, and undrafted players that are hoping to make their mark and find a way to launch their careers in the NBA. It can be easy to look at the Summer League and be dismissive, especially due to its lack of star names, but some of the biggest names in basketball have claimed the MVP trophy in the competition.

And while players like Damian Lillard and Blake Griffin would have been great in the NBA anyway, others like Kent Bazemore have used it as a platform to showcase their talents and have a long career in the league. Bazemore won the competition in 2013 with the Golden State Warriors, getting named to the All-Tournament Team as well. And after winning the trophy, he imitated an iconic pose that recently went viral again.

While the picture itself is quite hilarious thinking about the context of when both those photos were taken, Bazemore's response has more than a little truth in it. The Summer League doesn't compare to the actual NBA, but for undrafted players like he was, performing well in the competition is a one-way ticket to earning a spot on an NBA roster.

Bazemore has managed to play in the NBA for 10 seasons, which is a lot more than many players that do get drafted can say. In that time, even though he's never been a star or anything like that, he has enjoyed some great moments and earned a few nice contracts in that time.

The NBA's superstars can skew fan perspective, with many people thinking that unless a player is winning titles as the main man, then they're not making the most of their careers. However, just lasting in the league as long as Bazemore has is a huge sign of success, and an inspiration to several players as the summer league is about to start.