Khloé Kardashian really wants to convince us (or, probably, herself) that Tristan Thompson is a good guy, despite his favorite pastime–after basketball–being making a fool of her. 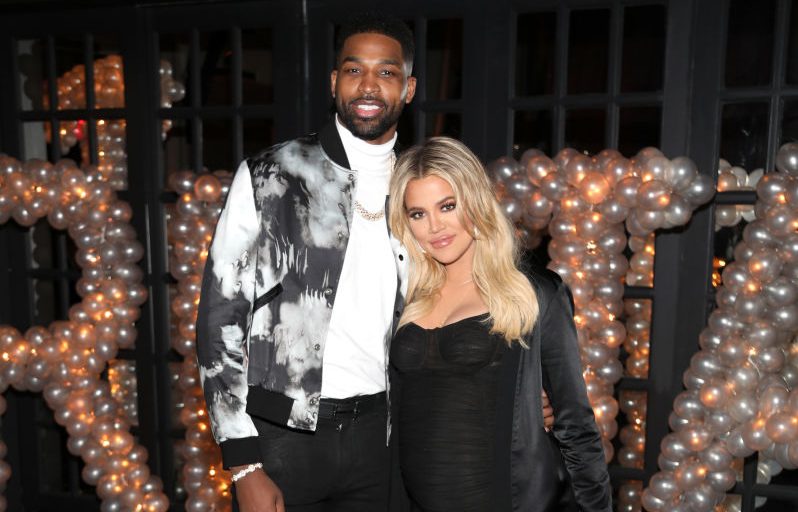 Following years of break-ups and make-ups for these two, usually fueled by Thompson’s infidelity, fans finally thought Kardashian had given up on the dream of keeping her family together once Tristan had a baby with Houston trainer Maralee Nichols. While the couple might not be back together, Khloé is once again defending her on-again, off-again boyfriend, saying the public isn’t privy to all of his “good sides.”

During her appearance on Tuesday’s episode of the “Not Skinny But Not Fat” podcast, The Kardashians star explained that the Sacramento Kings player has “good sides” that people don’t see, but also admitted her frustration over how she heard about Thompson’s paternity drama.

“It’s sad because, like, there’s so many good sides to him as well, but no one gets to see those ’cause they’re all overshadowed by, like, the personal stuff that’s going on between him and I,” Khloé said.

She went on to say that there are “a lot of other people in the world who have been through probably similar situations,” adding, “I doubt I’m the only human being. I hope not. Well, I don’t want anyone to go through that.”

That’s when the reality star noted that “people do make mistakes,” adding that Tristan is “still a good person,” yet “not a good partner with me.”

“I want everyone to still have, like, a fair shot at just being happy and having a good life,” she continued. “So I don’t ever encourage anyone to just, like, jump on that bandwagon, but I also think people can have their own feelings and do what they want, but he’s always going to be in my life because of True, and he’s a great dad, and that’s all I really need to focus on is just his relationship with True.”

“I just appreciate that we get along really well,” the Good American founder added, revealing that their daughter True “FaceTimes him every night and it’s just very, like, cordial. There’s just not drama.”

“Like to me, the facts are the facts,” Khloé said. “What are we continuously fighting about? … I don’t need to know everything, but I know the facts and that’s enough for me.”

As for the baller’s paternity scandal, Kardashian revealed on the podcast that she didn’t get any sort of heads up from Tristan before the news broke of Maralee’s pregnancy, which she called “f***ed up” and “offensive.”

Still waiting to see those “good sides” you speak of, Khlo.