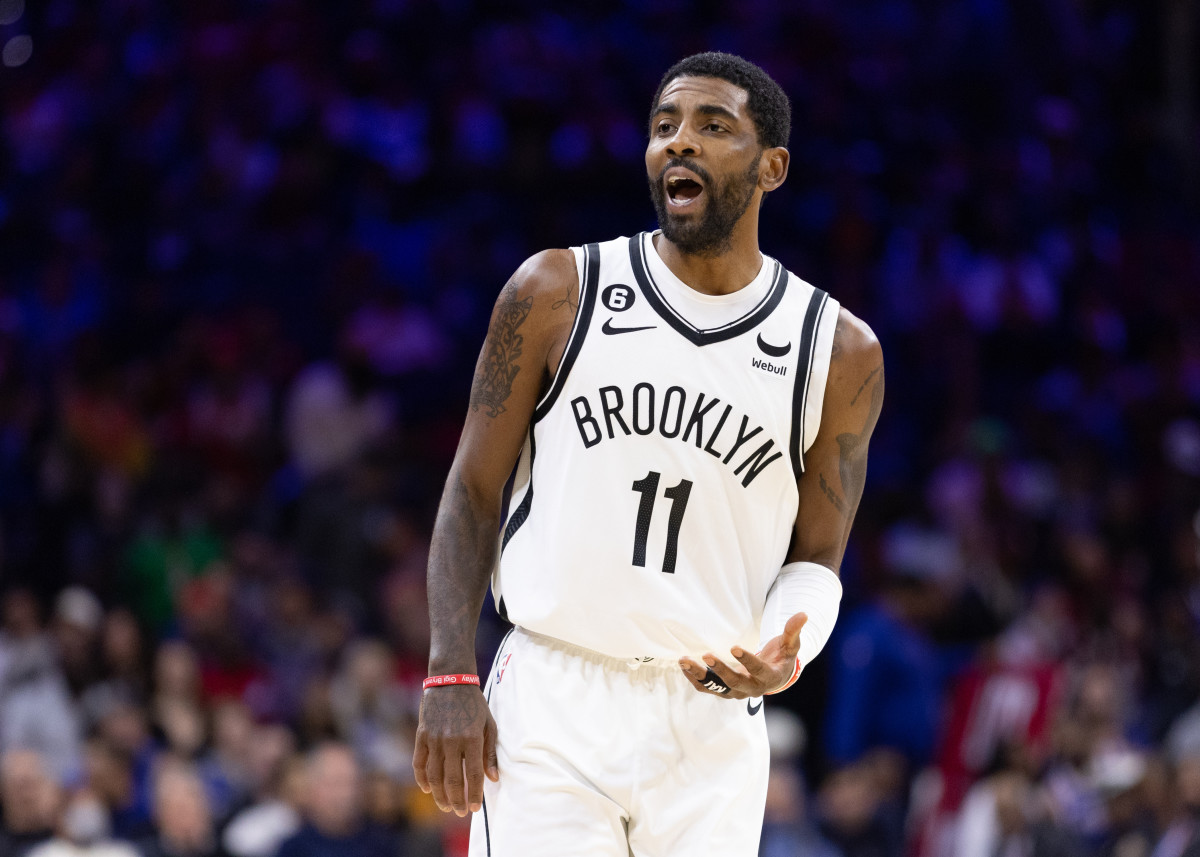 Coming off his most recent scandal, Kyrie Irving is a pretty controversial figure these days. Whether you love him or hate him, it seems everybody's got their own opinion on Irving, who is always making news for one reason or another.

Even with as unpopular as he may be right now, Irving is apparently still actively pouring into the community.

This week, according to one fan, Irving made a $60,000 donation to a Muslim school in NYC before posing for a picture with one of the teachers.

It has certainly been a long road for Uncle Drew, who is finally getting a break after a display of anti-semitic behavior earlier this season. But no matter how you feel about the guy, Irving has always been someone who gives back to the community and it has always been a part of who he is.

Kyrie Irving Is Focused On Basketball After Apologizing For Offensive Tweet

Kyrie hurt a lot of people's feelings with his anti-semitic tweet, but it seems like the process of moving on has finally begun, thanks to an apology video Irving posted shortly before his first game back.

"I don't have hate in my heart for Jewish people or anybody that identifies as a Jew. I'm not anti-Jewish or any of that. It's been difficult to sit at home with my family, with them seeing all of this and having questions... The part that has been the hardest has been explaining myself because I know who I am and who I represent, but I think the difficult aspect is just processing all this, understanding the power of my voice, the influence I have. I'm no one's idol, but I am a human being who wants to make an impact and change. I'm sorry not only to the Jewish community but to my family members, to my relatives, because I know I stand for something bigger and I'm grateful now that I get to explain myself."

While Kyrie's character has taken a massive hit, it's important to remember who he is. Despite some of the regrettable things the guy says, he really tries hard to make a positive impact in people's lives.

This is why Irving continues to thrive in the NBA, and why he still has so many loyal fans even after all of the things he has said and done.