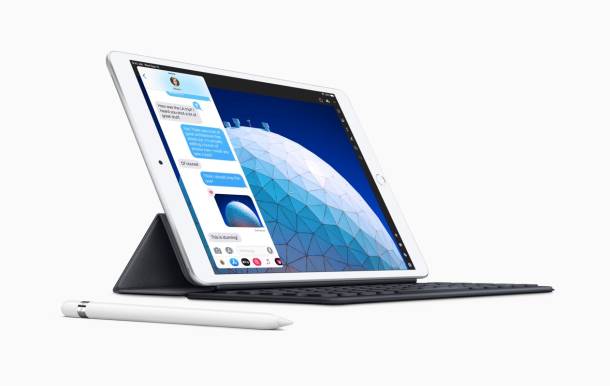 Apple’s first major press event after WWDC is not going to feature any iPhones, as it should be the case for a mid-September press conference. The novel coronavirus impacted everyday life, altering Apple’s iPhone schedule in the process. Apple has already confirmed that the new iPhones will launch at some point in October, with some rumors claiming that the iPhone 12 series will be unveiled only next month. Apple is expected to launch a variety of new products on Tuesday, with Apple Watch 6 and iPad Air 4 being the stars of the show.

We’ve already started hearing things about the new mid-range tablet a few days ago when we learned the device would feature the same all-screen design as the iPad Pro. To get there, Apple had to remove the home button, without compromising the security that a biometric unlock solution offers. That’s why the iPad Air is supposed to introduce a brand new security feature that’s never been seen on any other iPhone or iPad. That’s a standby button featuring a built-in Touch ID button. The more expensive alternative is using Face ID, but the 3D face recognition system is exclusive to the iPad Pro for the time being. That’s not the 4th-gen iPad Air’s only leaked secret. With just a few hours to go until Apple’s September 15th virtual press conference, a few separate leaks offered us plenty of additional details about the new tablet.

A Weibo leaker that goes by the name Kang has been accurate with various Apple leaks in the recent past per AppleTrack. That person posted a specs roundup for the new iPad Air that make the tablet even more exciting.

The device may be a mid-range tablet, but it will rock Apple’s A14 chip that’s also expected to power the iPhone 12 series, according to Kang. The tablet will feature 64GB of base storage, a large 10.8/9-inch display, stereo speakers, and Touch ID support. Kang does not say where the Touch ID button goes, however.

The leaker also said the new iPad Air will support the Apple Pencil and new Magic Keyboard and will come in five colors, including gold, silver, gray, green, and blue. Finally, the 64GB iPad Air will start at $599, which is $200 cheaper than the most affordable iPad Pro.

Separately, Evan Blass posted a few details about the upcoming Apple event on Twitter, revealing purported 4th-gen iPad Air specs in the process. According to him, the new mid-range tablet will run on the A14 chip and feature a USB-C port, just like the Pro models. The leak that told us the tablet will feature a Touch ID power button also claimed the tablet will have USB-C connectivity rather than Lightning.

Finally, well-known Apple insider Ming-Chi Kuo said in an investor note to customers seen by 9to5Mac that the new iPad Air will feature a Touch ID in the side button instead of Face ID. The analyst said that “more new iPad models will adopt the side Touch ID starting in 2021,” without referring to any specific iPad models.

As seen in Blass’s leak above, Apple is also expected to drop a new 8th-gen iPad on Tuesday, but the entry-level tablet will probably stick with last year’s design, complete with a regular Touch ID button. It’s not just the price that might stop you... Every county placed into level 2 restrictions...