The King’s court shall not be sullied by infidels. 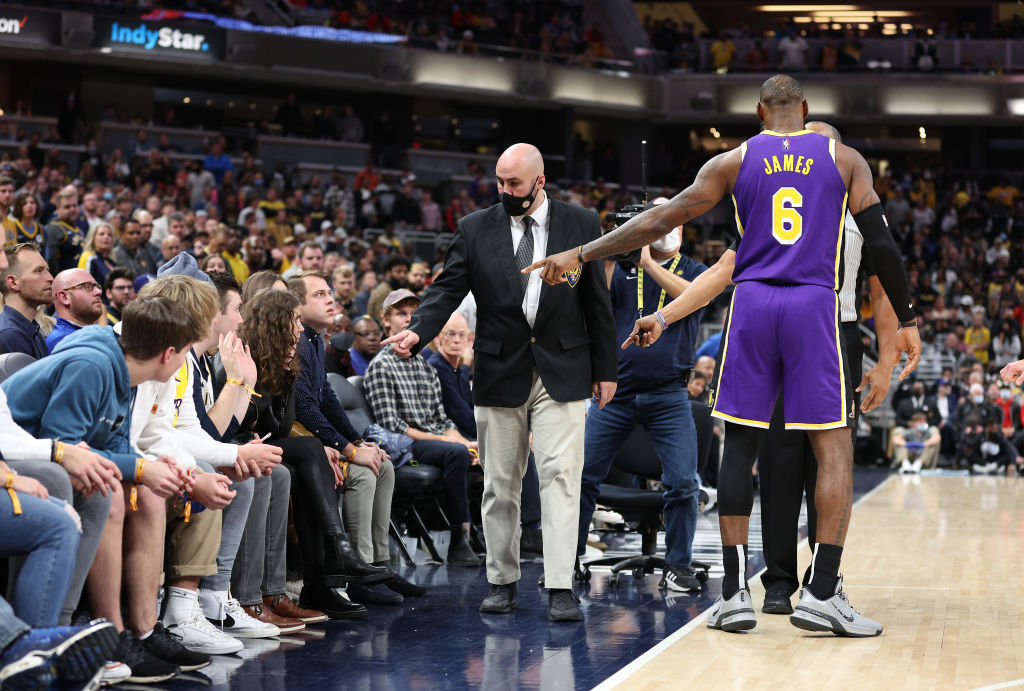 NBA fans have been out of pocket the last couple of years and last night was another example of how some spectators have gotten too comfortable talking crazy to complete strangers.

According to Fox Sports, LeBron James had 2 Indiana Pacers fans ejected from the game with about 2 minutes left in the 4th quarter.

LeBron unhappy with some fans courtside in Indiana pic.twitter.com/1Ud3B69G1E

In a post game press conference LeBron was obviously asked about the incident as it was unclear what prompted him to pull an official over the sideline to have the couple addressed.

“When obscene gestures and language come into it, (it) can’t be tolerated,” James told reporters.

“There’s a difference from cheering for your team and not wanting the other team to win and things I would never say to a fan and they shouldn’t say to me.”

That didn’t really provide any more clarity as to what was said. However, the report states that the speculation is that the fans made wildly in appropriate comments about LeBron’s son Bronny.

Yeah, if that’s what was said, then both of these two need to banned from NBA arenas for life. That’s trash. There are PLENTY of things to rag on LeBron James about but wishing death on the man’s child is beyond low.

Truthfully, they’re lucky that all they got was ejected. Considering that LeBron is fresh off a suspension for splitting Detroit Piston Isaiah Stewart to the bloody white meat…just sayin’. Zendaya Says She’ll Be In ‘Dune’ Sequel For...