LeBron James Look-Alike Torching Rivals On A Military Base Goes Viral: "Man Is Protecting The Country And The Rim" 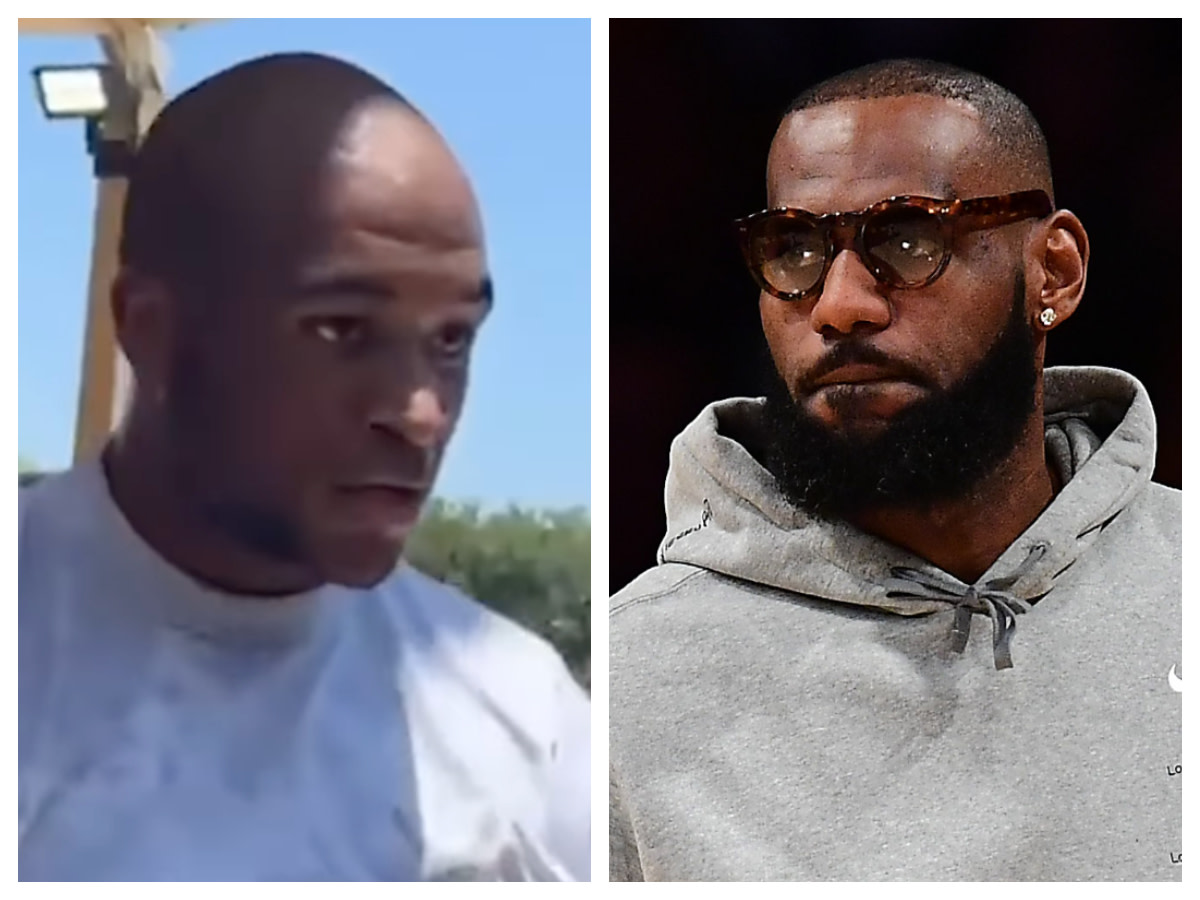 LeBron James is one of the best players of the current generation, a superstar who has inspired many across the globe to pick up a basketball and try to emulate him. However, the same thing that makes James one of the greatest ever to do it, maybe even the GOAT, is the same thing that makes it hard for other people to be like him, LeBron is more naturally gifted than most other people.

Standing at over 6'7, James is a towering specimen, and it's what enables his all-action style of play on offense. Nobody can stop James when he's making a move to the rim and his height allows him to see passes that no one else can. This leads to some highlight-reel plays, and perhaps the best of those are the vicious dunks that the King has thrown down during his career.

But while everyone might not be able to emulate James, it doesn't mean no one can. An Instagram video recently went viral, where a man on a military base playing basketball seemed uncannily like LeBron, enough for a lot of fans to take notice.

"Man is protecting the country and the rim."

"This guy playing with the wrong Rockets."

"If LeBron was in the military."

"10 day contract when he get out the military?"

"Bring him to the Lakers, we could use 2 LeBrons."

"Bro signed up for the wrong draft."

"This dude got that grown man game, just like LeBron."

There are probably a lot of hidden gems all over the world when it comes to basketball, not everyone can make it to the league, after all. Being compared to LeBron James is surely an honor though, in terms of basketball skill, and whoever this military man is, he has people's respect off the court as well as on it. Team DPOY vs. Team Who Never Won DPOY: Who...