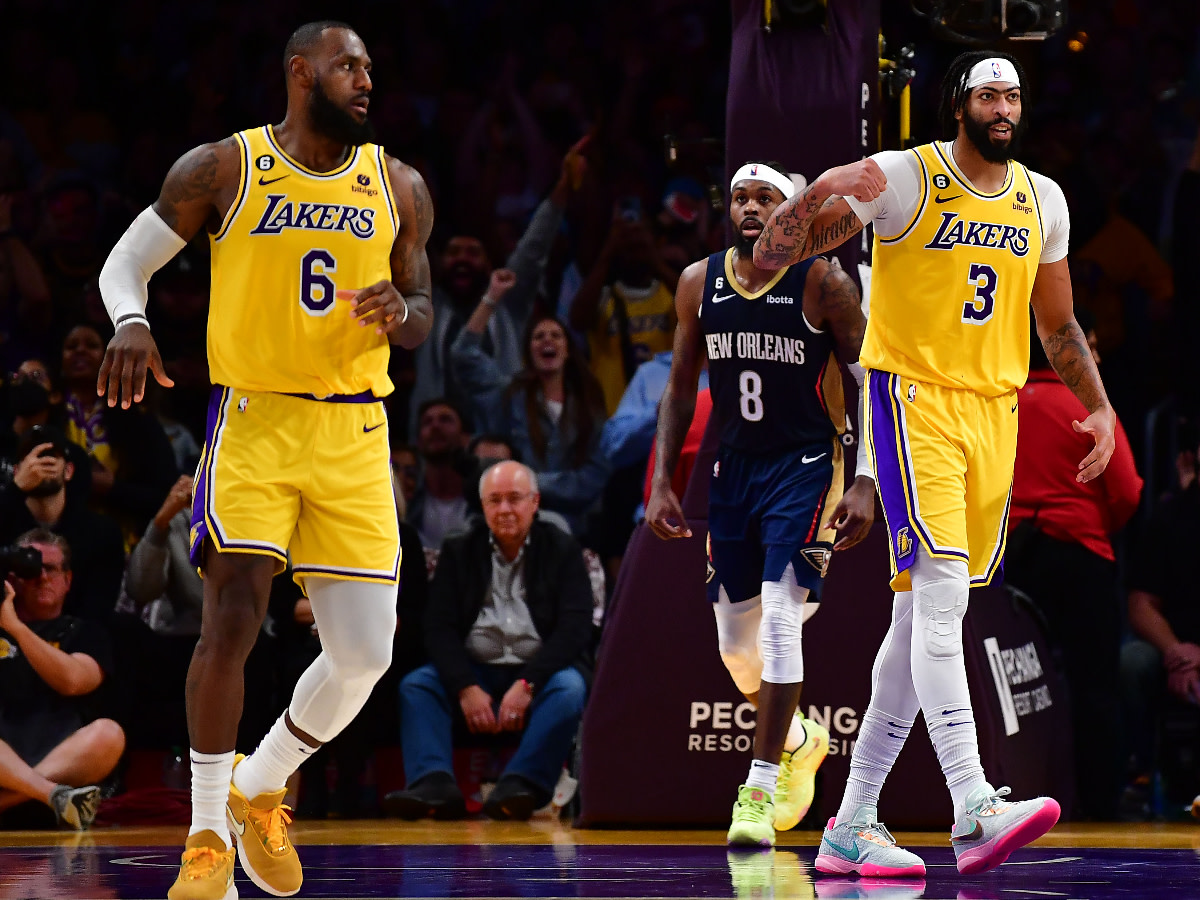 The Los Angeles Lakers have had to see Anthony Davis spend a lot of time on the sidelines these last couple of years as he has dealt with one injury after another. The start of this season seemed to indicate more of the same moving forward, as AD was dealing with a back issue but he managed to put it behind him and has been utterly dominant.

Opponents and teammates alike have been full of praise for Davis, with Kristaps Porzingis saying he will be in the MVP conversation while LeBron James thinks that AD is the MVP. Davis had led the Lakers to an impressive win over the Milwaukee Bucks recently and they were looking to him to lead the way against another Eastern Conference heavyweight in the Cleveland Cavaliers on Tuesday night. Unfortunately, Davis wasn't able to play through even the first quarter, as he exited the game with an illness.

To their credit, the Lakers managed to stay in the game even early on in the fourth quarter, but Donovan Mitchell then took over and sent them home. The Lakers couldn't keep pace with him with Davis not being on the floor as they lost 116-102 and after the game, LeBron was asked what they miss the most when AD isn't on the court.

"A little bit of everything. He's given us everything, scoring, defense, obviously rebounding (and) blocking shots around the rim. Length, obviously our length goes away when you have a guy that's 6'11 with a 7'7 wingspan, you can't match that."

He really was doing everything for this team and LeBron had also mentioned earlier about having the mindset of "next man up", but that is easier said than done when the player is someone as important as Davis.

They will take some confidence from the fact that the game was tied in the fourth quarter but that late collapse was really worrying. There will be an update on Davis' status tomorrow, with the Lakers having to play back-to-back as they make their way up north to Toronto to take on the Raptors. Microsoft will take Call of Duty to Nintendo,...